How do you find a killer who doesn’t exist?

Set in Stalin-era Soviet Union, a disgraced MGB agent is dispatched to investigate a series of child murders -- a case that begins to connect with the very top of party leadership.
20152 h 17 min
Click an icon to see more 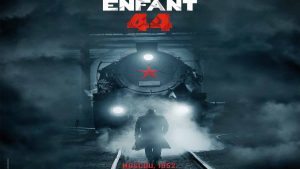 If you want to experience some high grade, top notch, brilliant and ethereal performances, this is where you must stop before you proceed to the next film town. 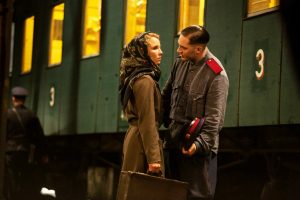 Heading to the next ‘film town’

Tom Hardy is a force to be reckoned with. His mannerism, body language, the slouched and deliberate walk is as ferocious as a calm hungry lion bound in a cage.
Gary Oldman gets to shout at Bane and Bane shuts up. The Count has yet again managed to keep his own in the face of the acting behemoth. Oldman was god once. 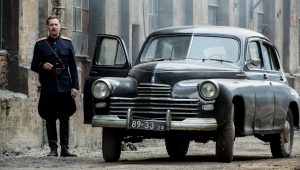 I believe this is the film where viewers get to experience cinema in all its thespian glory.

From Vincent Cassel‘s Major Kuzmin to Joel Kinnaman‘s power hungry and sadistic MGB Agent Vasili to Noomi Rapace, whose character opens up during half-time and changes the tone of the film completely, tearing the mighty Achilles to shreds. 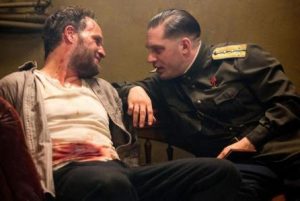 A period piece, Child 44 brings the Stalin era to such life that it makes the keen viewer paranoid of Uncle Joe‘s Collectivism in Ukrain among other provinces and his lust for blood and helplessness to doubt everyone. Also the fact that murder was strictly made to believe as a capitalist deviancy. If the parent denied it, they faced the firing squad. 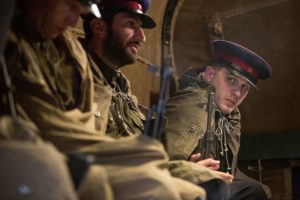 Child 44, is a carefully crafted film with Tom Rob Smith‘s novel and the Child Murders of Rostov as fodder for the screenplay that manages to connect the farcical political stance and the inner turmoil of a man dedicated to the Gulag cause, the fissure in his resolve to serve the Russian People and safeguard the Communist Party of the Soviet Union from monsters everywhere; from the highest ranking officials to a derated surgeon’s psychological plight to Stalin’s words echoing repeatedly in the mind, forcing us to take sides: “The death of one man is a tragedy. The death of millions is a statistic.” 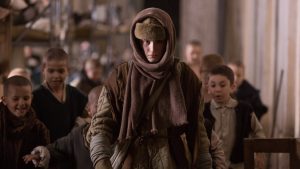 Once again, Child 44, with its grand execution and even greater performances is one of the best films to grace the cinemas in recent times.

My gripe with the film? It should have been in Russian with sub-titles to implicate the servitude, even more and to raise the performances to a level where only Method to the Madness counts – and, believe me, Hardy is more powerful in this than the entire Marvel Universe put together. I guess that is one of the reasons it bombed, so did Alien at its initial release in 1979. 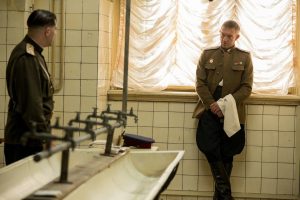 “There is no murder in paradise” is a recurring theme/ideology (among the top ranks) that fills the film with so much tension that you need Locke‘s voice and accent to calm the fuck down.