The House That Jack Built

Failed architect, engineer and vicious murderer Jack tells Verge the details of some of his most elaborately orchestrated crimes, each of them a towering piece of art that defines his life's work as a serial killer for twelve years.
20182 h 31 min
Click an icon to see more 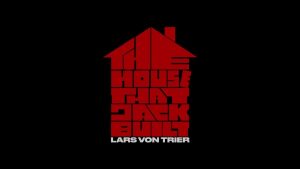 “Show me the way to the next whiskey bar – Oh don’t ask why” – Alabama Song; The Doors 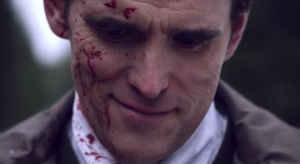 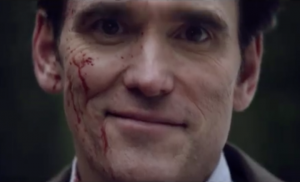 The Simple Passions
Anteinferno –An Allegory of Repression

Profoundly captious and terribly self conscious, von Trier is deliberately hard on himself in this one, perhaps stuck in the hell of his own making; going to the extent of getting the obsessive compulsive anti-hero to ask, rather tell the officer of the law loudly (whom the script calls “naive” characters), to inspect every damn inch – of the crime scene/this film – with a magnifying glass. Trier is stuck in time and space; convinced that there is no way without any retribution or atonement for his past sins/pieces of art, which we call the films of Lars von Trier. He is stuck similar to how he shows to us the OCD of the maniacal Jack (Matt Dillon – whose performance is so convincingly detached that it has the film circles worried) making him enter the house again and again, with deceiving yet panic inducing shots of a bloody foot-print under the rug, a bloody finger mark behind the framed painting, a crimson smudge under one of the legs of the dining chair. The titular drunk and depressed artist is stuck in a web of his own undoing and he takes the trouble of flashing it by us as a montage of violent scenes borrowed from his body of work; a man whips Charlotte Gainsbourg, Willem Dafoe pulling on his leg, which is bolted with a grindstone through the wound in his leg, a party of three waiting for the apocalyptic firestorm to destroy everything in sight, gangsters spraying rounds of bullets in to a crowd of people and so on. 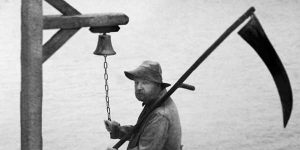 Lars von Trier as Death itself

Sources tell that Trier is celebrating “the idea that life is evil and soulless” – this comes from an interview with the The Guardian. And we thought that the Depression Trilogy had ended but the first promotional pictures or rather a single picture that showed Trier himself on a pier, perhaps; dressed in rags and a hat that cover his head and with a scythe in his hand got this pilgrim plenty intrigued. I would like to think that the days of extreme cinema are behind me but this one I simply had to watch since the director gives shape to a parable of a serial killer who is also trying to build a house or a home for himself. All of it is not at all easy to watch, specially when the act of sadomasochism is being undertaken off-screen, where the director is highly uncompromising. Wasn’t he such in his 2013 outing, Nymphomaniac, 2013? I believe it has now become second nature for Trier to push himself and his actors to the peak and making a film in the process, which is an apogee of psychosis in films. Calling it bold would be belittling the auteur’s efforts, calling it simulating would again allude to his previous films, specially Antichrist, 2009. 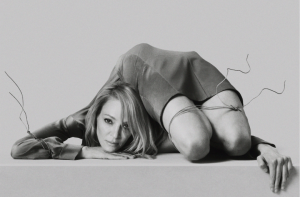 Some are calling the film inane and that is a mistake, since Trier does just that by way of the script penned by himself upon a story by Jenle Hallund. First instance being the sequence where Verge (Bruno Ganz) asks Jack if the law officials in his story are really this naive or is he just making it up to keep the narrative spotless. And then the Great Rain happens as if divinity itself is giving its approval for the man to carry on his dark work; his most brutal and violent works of art. 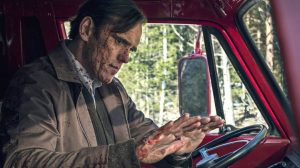 Jack (in a voice much different than the actor usually speaks in): “Some people claim that the atrocities we commit in our fiction are those inner desires which we cannot commit in our controlled civilization, so they’re expressed instead through our art. I don’t agree. I believe Heaven and Hell are one and the same. The soul belongs to Heaven and the body to Hell.” 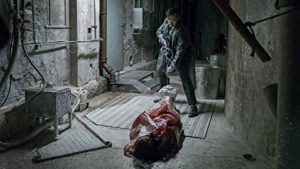 The director wants this experience to be empty and devoid of any empathy (of which Trier has shown to be more than capable) and gleefully throws repugnant provocations in the faces of its unassuming audience. Not his fault; an unassuming audience has no place during the screening of this ghastly a tale. Then comes the misogyny with the women deliberately given such names. Like perhaps Stacy and the incels? The House that Jack Built is drenched in a smoky atmosphere of sardonic mysticism, a lesson in the sociology of self-reflexive critique, contempt and disdain. It feels as if Trier has started wearing the cilice; as if to punish himself and his audience, to literally make them beg for him to stop. What does he do? Well, the epilogue, the Katabasis is where he thinks everyone belongs, from William Lustig (Maniac, 1980) to the two kids (one of whom is also a victim of taxidermy/Hitchcockian methods) and in the end Matt Dillon as Jack the highly intelligent, self professed through placards being shown and flung over the shoulder and under the red van that parks at Prospect St., serial killer. Sharing his narcissism with the likes of Ted Bundy; as the shadow grows, both in front of him and the one that slowly builds behind him. You’ll see. 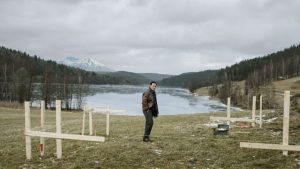 Verge reacts to all of this with strong refutation, the guide simply refuses to agree with Jack (his idea of morality) and insists that all works of art have love at its center; citing the example of the Nazi concentration camp with an Oak tree growing bang in the middle of it – the same tree under which Goethe wrote some of his most important works; determined and almost willing to take sides, but he is only a guide, dressed in a tuxedo and sitting in the corner of a secret room in the meat freezer. All throughout we see shots of the manic pianist Glenn Gould feverishly mumbling as he plays one tune after another; with Sonata for Bassoon and Piano: III. Largo as the main piece. 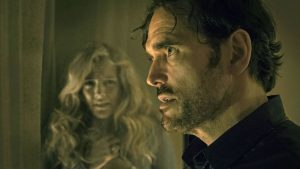 Upon the initial dive in to hell, this film lends the idea of a woman pushing a man to his limits, grand and allegorical and vividly violent visuals, from which there is no looking back. At 152 minutes the film does not even once take an easy way out and keeps getting even more clinically Flavian with each new Dante and Marquis de Sade inspired act . But then there is no easy way of quitting the bottle, or in this case, the hunt, The Most Dangerous Game; after all we are in the vicinity of The Divine Comedy, Salo: 120 Days of Sodom and the body of work of Trier himself. Just when I thought to myself that things were about to get very uncomfortable, from being simply uncomfortable with the self-aware dark heart revealing one grandiose motive to another fateful occurrence around which this film revolves, Trier brings in children.

Jack: “You’re so judgmental Verge,
don’t look at the acts, look at the works, “
Verge: “No, no, no, no.
“You are constantly trying to manipulate me and with children, the most sensitive subject of all.”
Jack: “I’m also sensitive, Verge”

I’d like the naysayers to try a hand at this monster. Trier has outdone himself again and freaking how. The epilogue tries to rise above itself but stops short a few steps (being thrown in to hell after being given a tour), despite or in-spite of the hateful, lowly, wrathful acts of depravity being undertaken, spoken of by Jack and consumed by Verge almost gleefully and without a drop of doubt, and with that fateful and all-knowing smile of a man who once played a monster (Downfall, 2004) and it seems the abyss has not stopped gazing in to the soul of the old man. This is more than just a masterpiece; built like how it was described in the film, for its ruins to appear perfect artifacts before Trier himself tears the fabric of it all to pieces and throws it into a reverse volcano, whose depth is immeasurable. 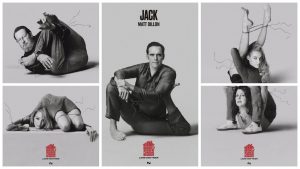 In the end, the film is one of a kind. You may call it what you may; self indulgent, self-reflective of one’s own undoing, relentlessly vicious, guilt-ridden, psychopathic, depraved, however it does not do away with the fact that The House that Jack Built is a brutal and a heartless film; even if the viewers have to be pushed in to the deepest, darkest part of hell after they’ve been through most of it since after the First Incident.

Trier is the hunter here and everyone else, mere schweiss.

A must watch, for a very select audience with an even more peculiar taste(s), for the film is blatantly yet singularly flavored and bitter as hell.

How pleasantly vulgar and worrisome.