The movie is set in the brig, the walls of which are painted in a poisonous green color. There fall into two junior officers, Sergei "Fallen" Pakhomov and Vladimir "Little brother" Epifantsev. So, both lieutenant begin their dialogue. The dialogue began with a discussion of various philosophical problems, as well as the stories of two army lieutenants. Afterwards, "Fallen” starts to turn the conversation in a completely different direction, telling the "Little brother" of how he first had sex with a drunken woman, about how he ejaculated at her face, and then he defecating in the sea, and also how during his urgent service he just did not become a queer...
19991 h 27 min
Click an icon to see more 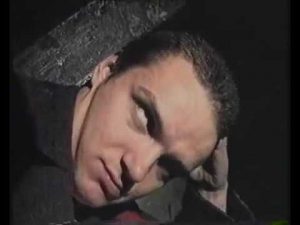 “I remember [sic] a good things before sleep, like when I fucked a girl for the first time“

I liked the being pushed to madness in confinement bit, the recreation of a Cold-War Idealist, Lenin food requisition cannibalism, Russia, dealing in extreme art-house/expressionism/sensationalism and the gloomy dingy, filthy basement with sewer water to errr… wash with and sometimes… never mind. The sickly green, monochrome to silver DOP, the jump cuts during the most difficult scenes to watch, make Elephant fascinating and sickly so. Oh so depraved; such degenerate film-making, how unbecoming of all involved. All of it to make a film that bloody well drills it’s twisted ideals in, branding the extreme visuals on to the brain. 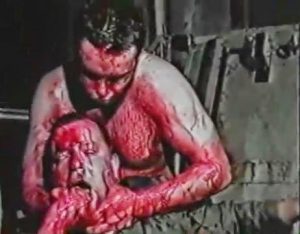 And this is the first time I’ve watched someone give head to a human trachea. 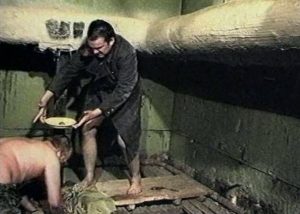 It’s so filthy, I kept gagging on my Vanilla Coke. I know most do without the help of the film but I’m just saying. 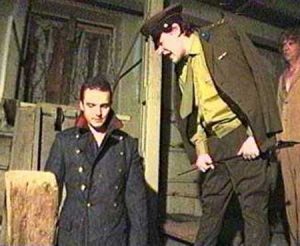