Every family tree hides a secret.

After their reclusive grandmother passes away, the Graham family tries to escape the dark fate they've inherited.
20182 h 07 min
Click an icon to see more 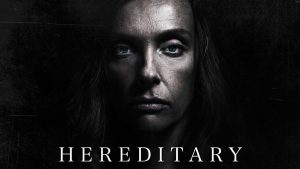 Have I ever been more shocked within twenty minutes of pressing the play button on the player?

Have I ever cowered during a good part of a horror outing?

Does Hereditary explore and expand on themes, which may or may not have been examined in films released prior to this brutality?

However, what the film does is far worse; it makes you traverse the mangled (by intention) screenplay making the keen viewer weary of his/her own motives that may have gone into taking a decision to watch the film. I do not scare easy (hence the exclusive horror film reviews), nor do most sequences that shock the keen viewer, make me bite my lips in vexation. Having said that, Hereditary almost traumatised this pilgrim with its visuals and a scene early on in the film. This sinner-man was as if in a drunken stupor after the leg has been lifted off the brake pedal; I was agitated, disconcerted as I continued to watch after having to pause the film after the sequence had ended. Then the camera lingers on Peter‘s (Alex Wolff) face as he tries to assimilate the situation. Wolff’s face is drained of all colour, he wants to look in the rear view mirror but we, as keen viewers do not let him do that; it could also be director Ari Aster‘s (Strange Thing About the Johnsons, 2011) call, but our collective will, Peter’s and Aster’s included, stop him from doing just that and instead remove his leg from the brake pedal slowly, very slowly as mentioned before; realising the profundity of what just happened but not wanting it to be such. Although Peter’s sweaty face and glazed eyes do tell that he is conspicuous by his stillness and the tranquillity that immediately follows tragedy.

Such is the nature of Hereditary, idyllic in the demise of reason and fucking Gramma. 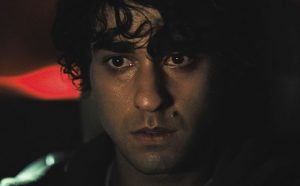 Almost a haunted house film, with a classic, time-tested setting Hereditary uses the tipping point as a pictorial trope, making the viewer overwrought by his/her own assumptions. Assumptions that unfortunately do unfold in the most unsparing manner, ever. An old family album; a locket with the symbol of King Paimon (God of Mischief; albeit not according to the Norse mythology, that would be Loki of Asgard) on a dead women in a casket for all to watch (meaningless); a headless body in the attic, the dead mother’s mysterious tea party friend. Just that the tea parties being held had a more sinister agenda, which we get to discover as the film enters into the third and pretty effective, highly charged final act. 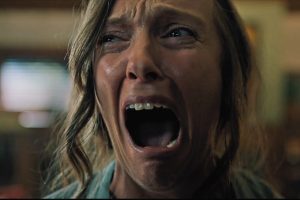 Some may say that there are traces of over-acting found all over the film set(s). I beg to differ since Hereditary brings to scene such daunting & disconcerting scares that the reaction of the performers are pretty appropriate. It could be that I haven’t watched a good (read: ass-blaster) horror flick in a long time or Mr. Aster is really out on a mission to scare the will to live out of his audience by making a realistic horror picture; by creating a scenario that could easily be happening at one of the neighbours’ places. 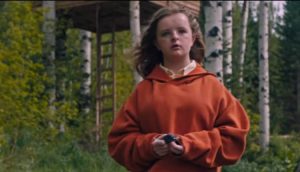 The three acts that make up Hereditary are as if not connected; adding to the disillusionment of the viewers and also that of the performers. Its withered hand reaching out of the screen and touching us like Samara coming out of the television set and what have you. It manages all that within its downcast and forlorn setting, with actor Toni Collette giving the performance of a lifetime by disintegrating in front of our eyes – her soul, mind and later, the body are deteriorating (rotting) throughout the film with the stern expression never leaving her otherwise almost pretty face and unwavering disposition, both by defending her family and also inadvertently completing a vicious cycle. 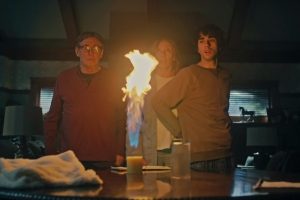 However, is it all unintentional? If one reads the letter left for her by her dead mother carefully, the motives (of the film and of Annie) appear more unembellished and diabolical. So much so that Gabriel Byrne goes almost unnoticed; almost. This is no Keyser Söze he is dealing with but something or someone even more nightmarish. Hell, I can’t even recall a word to describe something more frightening than Söze.

I think I just did and it’s called Hereditary. 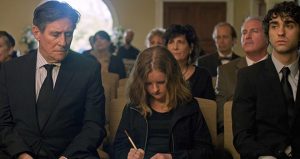 Filled with disheartening, fully stretched rubber-band tension that never ceases to withdraw and not relying at all on cheap scares, Hereditary can be said to follow the genre lineage of high-grade craftsmanship. Where people shit their pants with provocations that jump at the viewer like a hungry lion, a genuinely ravenous lion that will tear you to pieces and then eat you up as flies buzz around the body. 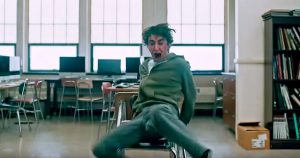 This one can easily be compared to modern classics like The Witch, It Follows and also the works of Nicolas Winding Refn, in the texture and consistency of films like Only God Forgives, 2013. 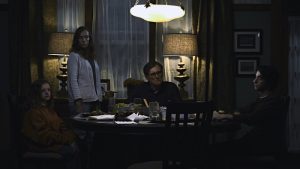 A absolute must watch.