Five years after an unexplained malfunction causes the death of 15 tour-goers and staff on the opening night of a Halloween haunted house tour, a documentary crew travels back to the scene of the tragedy to find out what really happened.
20151 h 33 min
Click an icon to see more 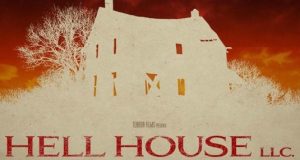 Genuinely tense, unnerving and Rattleship Pokemon (you’ll get it), this film has all the potential in the world to change found-footage genre. The ascension is pristine panic and dense terror and other such delightful emotions felt throughout, which keep us alive and in this case, content.

Hell House LLC builds on the haunted house or The House of Horrors narrative-conventions, first by breaking them down and handing each cast member their own A/V equipment. Secondly the inclusion of Recovered tour-goer footage (a trope that works like it ought to); then there’s The 911 call record(s); The video uploaded to YouTube; various mockumentary news footage, there’s also the interviews: “Dude, all of a sudden there are people coming out of the house. I… I do not know what happened” followed by a scared giggle of disbelief, in response to an inquiry into the cause of the tragedy. 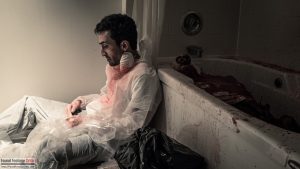 In addition we have the never seen before tapes handed over to documentarian Diane Graves (Alice Bahlke) by a surviving member of the Horror House Attraction team; Sara Havel (Ryan Jennifer), who seems vulnerable to the dark side from the first time the camera captures a gaunt woman drenched in her own thoughts (a scene that is followed by a startling shot of a healthy, cheerful and talkative & a hungry Sara) And there is the paper clippings and archived print references. 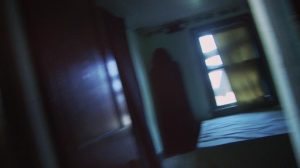 What do they show and tell?
“What is on the tapes? Watch the video.” documentarian Robert Lyons (Theodore Bouloukos) looks into the camera while being interviewed, and the camera looks back before fading to black.
“No, never. I never ever contemplated going into the basement. I simply stood on the landing and clicked away with the camera pointing down.” Journalist Martin Cliver (Jeb Kreager) says this in relation to his visit to the crime-scene in Abaddon, NY. We can see him shudder as he reminisces the montage from Marcus Nispel‘s Texas Chainsaw Massacre, 2003. 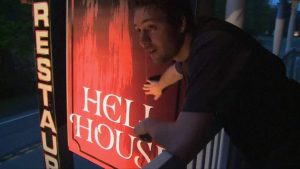 In response, first time feature-length director, Stephen Cognetti shows to us the high contrast, black and white pictures with what looked like caked blood on the descending walls and a set of bloody hand-prints, as if dragged, on the last flight of stairs in view. Holy guacamole! 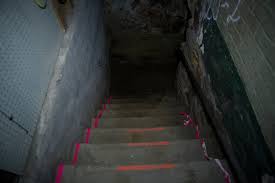 So, again, what’s all the fuss about anyway?
They tell us, quite a few times, trying not to disorient the viewer with the help of intertitle placements that tell us who are we following; simply by stating the nature of the found in the footage. For instance, the YouTube footage has a title-card, which reads: “It captured the scene inside as chaos broke out”.

Will I ever get around to telling? 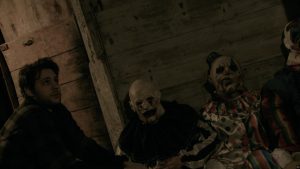 “15 people died that night, including most of the staff.

“What you’re about to see is a documentary on the mysterious events surrounding the 2009 Halloween haunted house tour tragedy”. 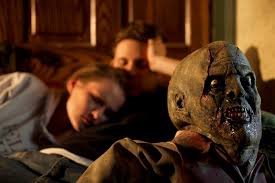 Hell House is crafty in its techniques that do indeed scare, it is well made, truly frightening, saber-rattling and mind boggling with steady performances, absolutely fabulous scares, the girl in the basement, the backstory that is made to be inexplicable in such deliberate ways that there is a three minute scene where two team members talk to each other about how they can’t leave the location despite the documented, piss-the-pants haunting. The why is never explained, just that it is replaced with the most wtf moments in recent horror-cinema history and also, quite gorgeously with the dingy settings, Tony the fake clown, mannequins from Maniac, 1980 – and the 2012 remake with Elijah Wood as the diabolical and heinous serial killer – masks from the local horror-store, masks that take on a very fucking frightening appearance as the movie comes full circle in its own demented head and is nearing the end. 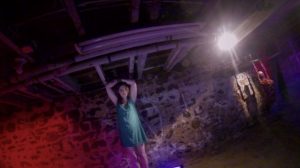 This terrific beast also reminded me The Blair Witch Project, 1999, probably because of the corners in the house and how all awful things happen either in those corners or in the scary-as-fuck basement. The tracking issues conveniently begin as entities’ presence is being made to feel (one of the masks really put me off) as a means of paranormal-static-interference. There is a scene taken directly from [REC], 2007, complete to the screaming woman being suddenly pulled into the frame or out of the frame, in this case. And if the lowest denominator gets taken out, who did all the editing and the distribution of the film? These are some of my concerns, which certainly do not get in the way of a truly chilling ride, a mighty intense watch if not plain old hysterical and panic stricken and what have you. 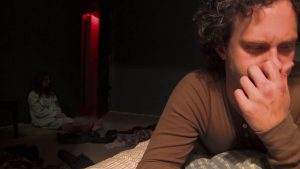 In the end I was shaking my head when Diane Graves, the random documentarian and her cameraman enter the house for one last horrifying time. I was shaking my head because I did not want them to enter the building with its planked windows, the yellow police tapes and a sign on the door: Do Not Enter: Private Property. I did not want anyone to do anything with that creepy fucking place.

I was scared, that’s saying a lot (but seriously), a definite must watch.

“But ma’am our rooms don’t have letters, only numbers on them.”