My brother keeps a human head in his closet...

Marty is the ideal fifth grader. He gets good grades, listens to his teachers, and doesn't start trouble in class. But a darkness is beginning to fall over Marty's life. The kids at school won't stop picking on him, his parents just don't seem to understand him, and now Marty must grapple with a terrible secret that threatens to destroy life as he knows it -- his big brother is a serial killer! Brotherly love is put to the ultimate test in this emotional coming-of-age story that descends into full-blown horror.
20121 h 45 min
Click an icon to see more

“You’ll probably never guess the downward spiral you’ve gotten yourself onto.” – Mike Haberfelner of (re)Search My Trash.com. Note: I guessed about ten minutes in and also figured that the downward spiral being spoken of does not cause loss of equilibrium nor is it deep enough to lose oneself in.

‘As HORROR as HORROR can get.’ Elvira, Mistress of Darkness 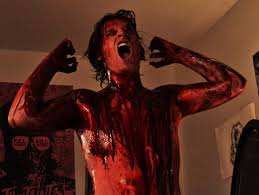 B grade, straight to the racks, underground-horror film first released in 2012 and is now being released more widely by Forbidden Films; Scott Schirmer‘s own little garage sale, perhaps. AND it has narration, a proper voice-over (mainly) to introduce the film within a film; Headless. 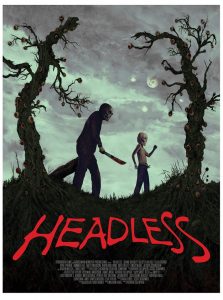 On the one one hand we have the meek and shy, ten year old Marty the little brother and on the other hand we have this film that lives in a world where committing murder is as easy as it is for a ten year old to rent X rated horror films (with which Marty has an obsession and his mother has a blind eye). If that was indeed the case and found. was a case of serious isolation then Schrimer should have used scalpel C3 instead of Machete 4.5.

Kid with a camera and with a penchant for horror films; murder, chaos. You got it, Benny’s Video, 1992. I know, I know, Michael Haneke should not be in a gore-hound, heavy on severance movie-review. Should he not? After all his Funny Games, 2007 was a commentary on violence in cinema and the viewer’s contribution to it, but I hardly think Haneke had Big Junior, 2010 or Animal Soup, 2009 in mind while propagating his message thrice (those films don’t even appear in the auto-prediction drop-down in the imbd.com search bar). He may have the Japanese House, 1977 in mind. 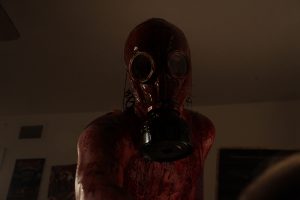 I forget, there are no rules and even if there are there is no Fight Club.

All I’m saying is this: the genre-critics are saying what they are, perhaps because of their long association with cinema of this sort only, where films such as found. are considered to be masterpieces amongst the viewers of the cinema sewer genre (yours truly being one), the underground is huge and when Schrimer had source material and found. had a voice-over narrative, some really effective gore, (which now, at this age, makes me turn my head or cringe, and I’ve seen my share of some hunky-fucking-gory shit) and to everyone’s surprise a teeth-grinding and a fine performance by Gavin Brown (Marty), the film managed to cause seismic activity in the heads of many but not mine. 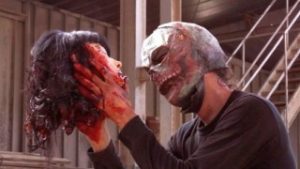 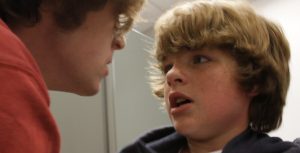 In the end, let’s cut the guys some slack and promote the indie/micro-budget-horror movement. Watch it for its isolation and not for the ending or any coming of age nonsense. 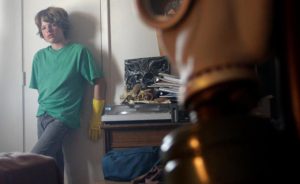 And who the fuck is Elvira, Mistress of Darkness? I know now but who is she anyway? 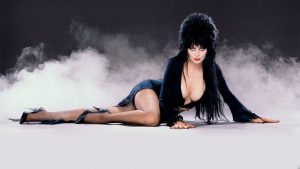 My publisher was surprised to know that before this film I did not know who Elvira was. Well, to be honest, I do not even know what found. was all about, even now.