A young woman is taken hostage by a police officer and subsequently abused by the lawman gone mad.
20071 h 29 min
Click an icon to see more 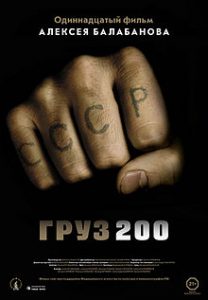 Gruz 200 is highly ponderous and a substantially coarse commentary by writer and director Aleksey Balabanov on the disintegrating state of the USSR during 1984, during the Afghan War. It is a gashing examination of Communism, Soviet atheist worldview, belief in God, slavery, moonshine, greed, retribution, Mrs. Aleksey‘s mushroom soup among other things that make this film a strange but an intriguing concoction. 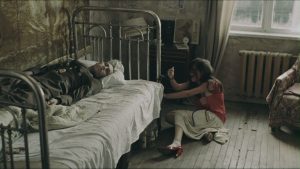 The neo-noir motives are unclear, the acting is high-grade; the chance-kidnapping, the mad and maddening intentions of Captain Zhurov, the accused, the shock execution and the bleak and dated look and feel of the film all add up to an uneasy experience, telling us a tale of an isolated incident (where somehow, every character is involved) and drawing parallels between the harrowing and brazen storytelling and the execrable state of affairs of Soviet Russia in the Eighties. 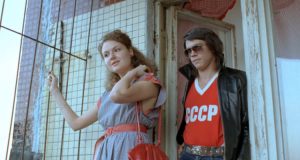 Cargo 200 is an unforgiving film to the last shot; a film that does not shy away from presenting metaphoric visuals to show the slow but certain demise of the USSR by criticizing its own motives and reasoning through unflinching visuals and an intentionally morass screenplay to really nail the message in. 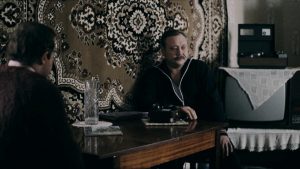 It is a brave film that takes you to very uncomfortable place and leaves you there even as the film fades to black.