Manu has lived a difficult life. Abused and violently raped, she sets off to find herself only to meet Nadine, a prostitute who has encountered one too many injustices in the world. Angry at the world, they embark on a twisted, rage-filled road trip. They choose to have sex when they please and kill when they need. Leaving a trail of mischief and dead bodies in their wake. Generating a media blitz and manhunt, soon everyone is out to capture the young fugitives.
20001 h 17 min
Click an icon to see more 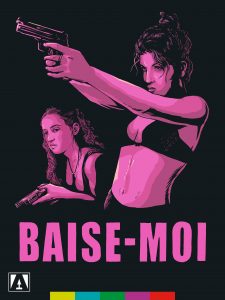 This is a French indie made of angst and everything that can go wrong with a person, psychologically. It challenges you to watch the terrible downward spiral of two women who lose their minds, pick up guns and start to shoot men indiscriminately. 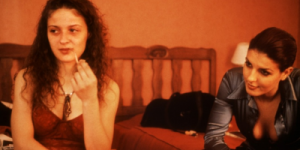 If someone recommends, ask him/her to watch with you so you can bitch slap that person every time the films shows mayhem, whether it be domestic violence or a client getting rough with our protagonist – who is no more. 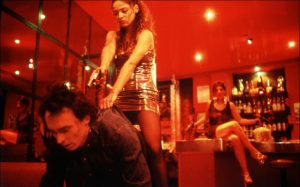 I am a fan of Karen Bach, hence the review of the first non-porn film she made, which had its run at the Sundance. 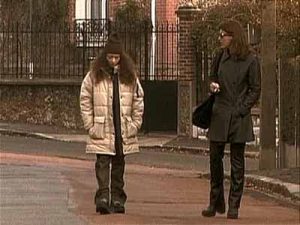 Hang in there Karen, wherever you are, I’m still a fan and that’s that.

It is a sad confusing watch.
Rated X for explicit sex, nudity, violence and beleaguering the decency left in all of us.
The French, it seems, have never been the same after the civil war.