A criminal who runs a brothel becomes obsessed with a beautiful college student. When she rejects him he sets her up by introducing her to a loan shark and when she can't pay, she is forced into working in the brothel. But when she gets the chance to escape she realizes she cannot return to her former life.
20011 h 40 min
Click an icon to see more 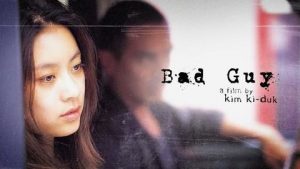 Cigarettes, a shitload of cigarettes.

What good is a Double Whopper when all you can have is liquids? What the hell is cocaine when you suffer from heart murmur? What good is a marriage if the hearts are not intimate? And what if all the things noted above are absolutely essential to consume or to consummate? What is the will in the face of mutilation, of such degree, that it silences you for the rest of your life?

From a startling, incomprehensible opening to a stupid, silly crime that ends up in horrible consequences, the film does not lose pace. One of the rudiments in this film is character building through facial contortions, body language, reaction acting and a strong support from the rest of the brilliant cast which, takes the viewer on a tangent, back to BAU and then off we go again. 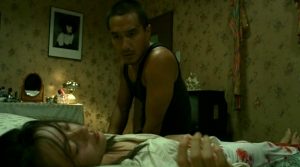 The whirlwind of emotions and desires acted upon – in a completely unconventional manner – is all like the tectonic plates moving deep inside the belly of the ocean causing waves to form, first within the ocean and then on the surface, where it wreaks mayhem , destruction and chaos. The death-toll is a bi-product of nature; indiscriminate and non-biased.
All news starts with the cause of a tragedy and then mention the casualties. It would not make sense if it was executed the other way around.

Would it really not make sense?

Ki-Duk Kim has been making films since 1996. His influences seem to be Freud meets The Marquis eccentric, his philosophy and interpretation of human functionality is even more enticing and hard to decipher through the narratives; simple at the surface but nothing short of Enigma from The Imitation Game, 2014. Plus, it is quite evident that Ki-Duk has studied and researched silent films with the aspiration of a gaining an in-depth insight in to a world of theatrics, histrionics, no safety harness or restrained punches and facial expressions to convey everything which, the black line wriggling upon a white sheet would not.

The film starts like Forrest Gump, 1994, with a pretty woman sitting on a public bench, waiting for someone. Now, the thing with Ki-Duk’s films is that the big reveal is being shown throughout the film, not by shocking us, instead shocking the actors at the receiving end. It is for the viewer to put the pieces together. I could not, even after a big hint towards the half-time mark.

Jae-hyeon Jo (Moebius) plays Hang-Gi; a man whose eyes tell all, yet also keep the obvious from showing. Hang-Gi has a scar on his neck, spreading from ear to ear. He has been in the thickest of the thick. Is that the reason he does what he does? 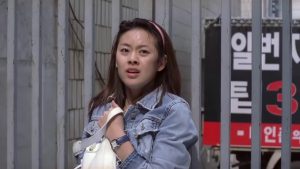 Why does he prefer to get beat up than to simply say the two words? It is revealed then, however the viewer is so engrossed in the narrative and the brutal fist fights and bricks being smashed on bald heads, and huge-ass pieces of glass being used to stab people that we fail to contemplate the clear messages being played on the screen in a most cryptic manner. Yet, the narrative is as simple as Gump offering candy to the different people he meets on the bench (just that bit, the rest is history, literally).

Clues after revelations after hints, plus a shot of a woman baring her breasts to another woman, as if to threaten or to show her the consequences of bitching too much about the circumstances she was pushed into, give us a slight sense of direction that Ki-Duk might take. Bam! We’re wrong, again. This is the guy who made Moebius. We cannot trust him. No ma’am. 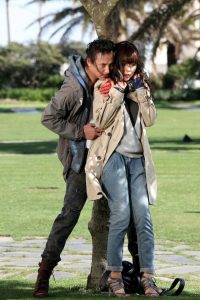 With gracious amount of sudden bursts of ultra-violence, absurd and painfully distressing sex-scenes and the professional jealousy coupled with Jae-hyeon Jo’s explosive yet calm as a millpond performance and his equally complicated cronies, with kinks of their own, make Bad Guy a film being played like old scripture. There is no big reveal, as stated earlier until there is, and then there is no turning back.

The film looks dated though. Never mind. The close-up, the fight scenes and the overall grey cinematography by Cheol-hyeon Hwang (Shilje sanghwang, 2000: again a film by Ki-Duk Kim) complete to the lovely brothel rooms whose decay can be felt through the inhabitants. For the customers it’s just another vice to indulge, in the comfort of a cozy room.

Can you believe that the writer/director even manages to give character to the smallest of parts? For instance the customers are different each time and bring with them their own variety of idiosyncrasies. Even the regulars display diverse and unusual behavior on repeat visits. 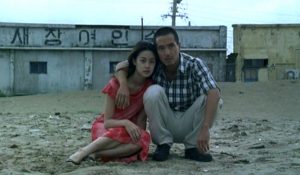 The viewer watches all this like Michael Powell’s Mark Lewis from the 1960 film Peeping Tom.

The film works on many levels, one of them being human longing. Like his recent projects, the director takes away the fulfillment of gratification by snatching away the spoon from our hands and in some cases pushing the food off the dinner table. In return he gives them so much more, however much to the characters’ disdain.
The performances by Won Seo, Duek-mun Choi and Jung-young Kim are brilliantly nuanced and explosive when the script calls for some heavy duty method performances in terms of being slapped hard again and again (not counting the re-takes) and trying to keep the rage from boiling over and spilling out.
The repressed rage dribbles in the form of wrath, sometimes as projection; other times as truly gratifying scenes when our silent movie star takes on the other bad guys, who do not even come close to the fury shown by Jae-hyeon. Han-gi’s anger sprouts from something dark, something physical. Something so terrible that has made our anti-hero go a little cuckoo in the head. 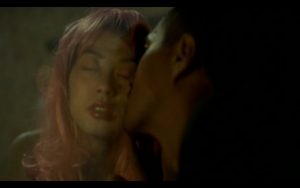 A fine film from one of the greatest directors of our times, Nabbeun namja shows us Ki-Duk’s early influences and a pattern that would be used to build his future films on. Either that or the journey it takes for the mind to become mutated and warped with false ideals, violence and a misshapen sense of love. Love in a Ki-Duk film does not even come close to the loose definition of the word; instead it gives you various meanings of what we feel (more bad than good) when in love, again with the help of high-grade performances and the puzzling and obscure direction propelled by a convoluted narrative; narratives that seem to go on, on the verge of boring its audience. Turns out it has been doing the exact opposite all along.

I was still waiting for the big-reveal after it had played itself on the screen. When I figured it out towards the end of the mind-fuck sequence, I had to pause the film to recall various acts performed by an assortment of brilliant actors earlier in the film to make connections. Once the dots were connected, well, I was in utter shock; not because of the otherwise extremely funny situation (if shot in isolation) but the fact that the fun out of funny goes away at the slightest sound of a Freudian Slip.
The day-dreaming sequence and a harrowing and highly distressing finale will keep you thinking about this film for the whole night and some of the day. 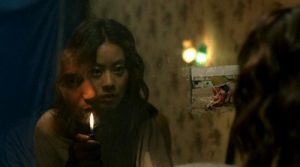 Bad Guy is a film that comes full circle in its peculiarity and a pray-tell inquisition into the psyche of the human mind. Keep an eye out for the fly zipper being pulled down scene. 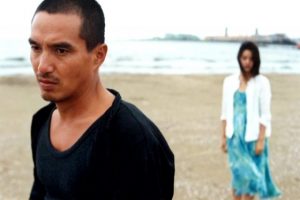 To steal a tag-line from… Er, The Shadow, 1994: Ki-duk Kim knows what evil lies in the hearts of men.

Note for the keen viewer: If you plan to watch the film, please do not read the synopsis either on the LB or IMDB pages for Bad Guy, lest it spoil the completely in your face and the belligerent performance of our mystery man and the roller-coaster ride– on broken tracks – of the deep-wound emotions and the direction, which is right out of the pages of the fat Abnormal Psychology manual. 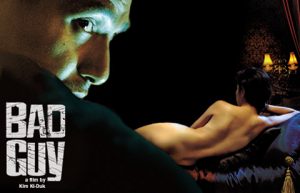