All He Needs Is Love.

Bad Boy Bubby is just that: a bad boy. So bad, in fact, that his mother has kept him locked in their house for his entire thirty years, convincing him that the air outside is poisonous. After a visit from his estranged father, circumstances force Bubby into the waiting world, a place which is just as unusual to him as he is to the world.
19931 h 54 min
Click an icon to see more 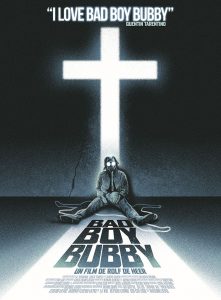 He must be high, Tarantino that is

Just because Tarantino says he loves this flick, it does not make it any, err, good.

I’ll start to describe the film in words spoken by Robert Downey Jr. in Tropic Thunder, 2008. 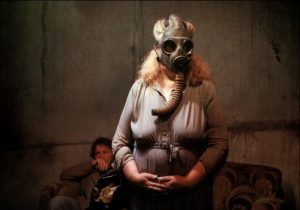 A year later after Bubby, in 1994 another similar (man-child comes of age) film hit the cinemas and bagged loads of Oscars, including Best Picture. The 1994 film was shot with an entirely different ideology and with an affectionate recognition of life in all its forms, and it won hearts.

That was that, Forrest Gump and his “Box of Chocolates”. 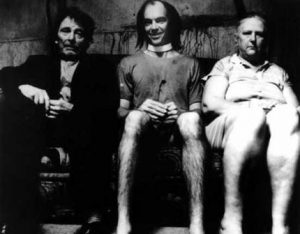 Bubby starts off as a rotten, disgusting, repelling cockroach film where it is impossible for the keen viewer to convince himself that a man and his mother would actually survive like that, in that ramshackle, godforsaken hole for some thirty odd years? Thirty eight, if the poster or anything associated with the feature is to be believed. Alright, if we move beyond the kitsch treatment and performances, the dreary lighting and poor camera-work (mirror reflection shots?) and the overbearing and disgusting Bubby (Nicholas Hope) get in the way of any appreciation of this abhorrent film. Don’t get me wrong, “Salo or 120 days of Sodom, 1975″ is a favourite (for reasons I dare not state in this year of the Lord, 2018), if you think the degeneracy and the decadence of Bubby got the better of me.

It ends by showing Bubby spreading his vile dumbness onto all of America, living the fucking dream.

If there’s a more retarded film out there I’ll watch it just to not hate the Brit born Australian, Nicholas Hope, this much. 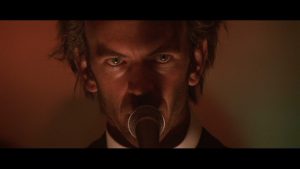 I wanna bathe with bleach and use sandpaper as sponge.