Harry Angel has been hired in search for the truth. Pray he doesn't find it.

The down-and-out private detective Harry Angel is ordered, by a mysterious man named Louis Cyphre, to go on a mission to find a missing person. His routine failure soon leads to a bloody spar with himself as Harry Angel goes on a supernatural journey into his own soul.
19871 h 53 min
Click an icon to see more 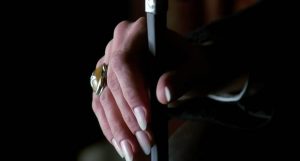 Themes of psychological horror and hand-to-heart voodoo compliment this, Alan ‘The Wall‘ Parker‘s (Mississippi Burning, 1988 and Midnight Express, 1978‘) grand achievement with a nerve-rattling end. That and The Motorcycle Boy (from Rumble Fish, 1983) going up against The Deer Hunter makes this one of the most celebrated cult films of all time. 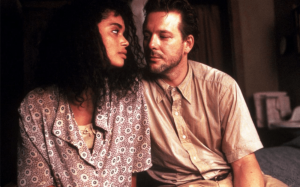 Careful with that lust Eugene, or Harry Angel

I will simply ask those who have not watched this film to watch Iron Man II, 2010 (which most of may have seen), and then the brilliant Barfly, 1987. This is to get you ready for the storm that brews in one of the sequences where Harry Angel (Rourke) and Louis Cyphre (De Niro) go mano-a-mano, without any directorial restraints. 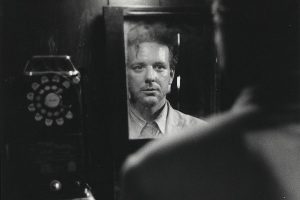 You witness the scene degenerate into full-blown breakdown and probably the best system/method performances since Brando picked up the scarf, that Eva Marie Saint had mistakenly dropped on the pier, and tied it around his hand in On the Waterfront, 1954. 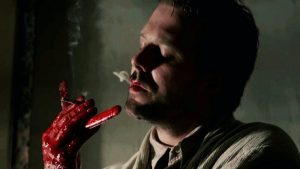 De Niro, a two time Oscar winner, and coming straight from films like Once Upon a Time in America, 1984, The Godfather: Part II, 1975 and Raging Bull, 1980 is sitting on a throne-like leather sofa and watching with those Travis Bickle eyes right down the steps to where the Teddy Lewis from Diner, 1982 is sitting comfortably, which quickly turns him into shifting in his chair, cowering, ducking at the mighty De Niro’s grand rhetoric: “…The flesh is weak, Johnny (plot contrivance). Only the soul is immortal. And yours belongs to ME”. And the reaction astonished everyone on the set and a handful of keen viewers in the cinemas. A line that could not have been spoken with more passion or a learned, scripted truth that turns into reality for both actors and neither upstages the other; however the ‘”I know who I am” monologue by Rourke made the Bull a little hot under the collar. My opinion, plus it quite clearly shows. 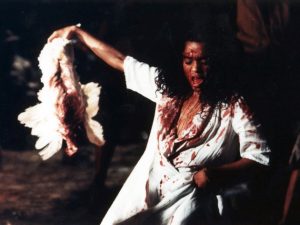 During filming of this scene, and not knowing Rourke personally, the director had asked Rourke to basically fight a lion and do his best. De Niro, well; two Oscars, remember? 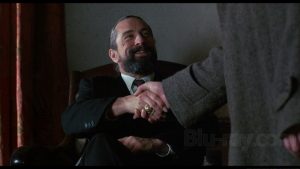 When the atmosphere got all heated up as Louis Cyphre did not spare the newcomer (and he shouldn’t have) and struck at Rourke like a thunder bolt only to be astonished at the reaction of Harry Angel and the range of emotions he shows in those few immortal minutes. Mickey Rourke finally managed to make his presence not just felt but it resonate with the movie-goers long after the film has ended. This was a force to reckon with, an actor who showed no restraint and on the other hand displayed his craft in such a disciplined manner, which only the alumni of Lee Strasberg Theatre and Film Institute can perhaps bring into line. Hollywood had a new bona fide method actor, but not for long. After a while nobody took notice, because of that one peculiarity and also the non-compliance shown and the infamous dislike that he harboured for the big wig producers. He simply vanished from the mainstream films and also left behind his A-listing (GQ Cover July 1990) as he and a couple of biker friends always showed up with him for shoots, causing much disturbance. That and several skirmishes with the producers left him looking for gigs as no one would hire the mighty Rourke. So he took up professional boxing again and hence the transformation of a man with an angel’s face to Marv of Sin City or John Sedley of Johnny Handsome, 1989. All consuming performers (film-martyrs) are often found traversing a path of complete destruction, annihilation, until Sin City and Iron Man II came along and made things a little better for the 80’s biggest sex symbol. However, even after The Wrestler, Rourke has continued to work for micro budget projects, punctuating his career every once in a while by starring in a decent film, Ashby, 2015  or two; Spun, 2002. 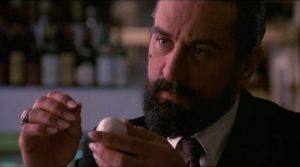 “Some religions think that the egg is the symbol of the soul, did you know that?”

Alan Parker did not intervene; he simply let the film roll until both actors were emotionally and physically drained. The moment had mysteriously faded before the words, “cut“rang out of a blow horn speaker. 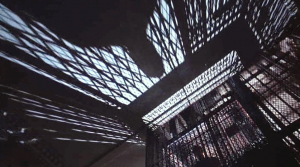 The escalator of slow but certain descent 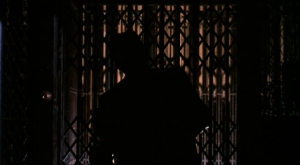 The film starts off at a calm note but it begins to transform as the huge-shadowy exhaust fan’s blade make slow circular patterns. In the beginning it’s cold but as the movie progresses, we see Angel sweat more and also hang the folded long-coat at his right hand. The lift is a ride to hell, alright; but it is filmed in stark, high contrast tones with shadows and the sound of the elevator clockwork. The rest of the film is also painted with Gothic yet subtle brush strokes of slight, alarming orange; painted by DOP Michael Seresin. 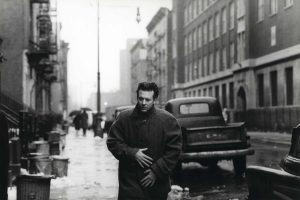 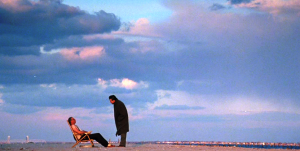 This, I believe, is a film that should be studied with other performance masterpieces. Or just watch and enjoy the film, enjoy Rourke and Di Nero perform and get immersed into the dark hell that awaits all who sign the papers. 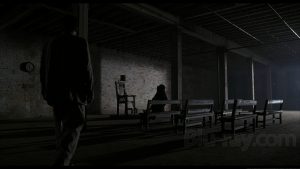 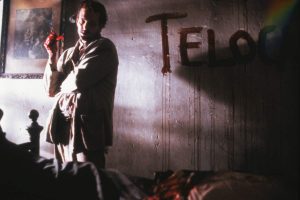 An acting tour-de-force that penetrates the heart, which requires an imminent watch; if only to appreciate Mickey Rourke and his body of mixed work. 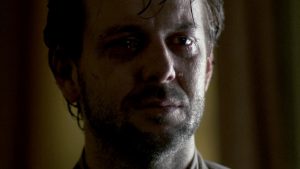 “Only the soul is immortal. And yours belongs to ME!“