When the others leave for the night, the last mortician begins to fondle the corpses. He quickly moves to the corpse of a young woman who died in a car crash.
19940 h 30 min
Click an icon to see more 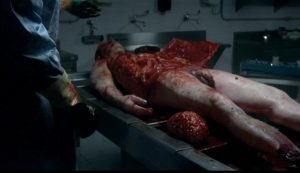 Life’s biggest mystery does not have to do with life, it has to do with cessation of life and whatever follows.

We hear stories of bright lights, pristine white tunnels, a loved one with extended hands calling the person who will luckily survive and mystify and fascinate the world with his claims.

Aftermath does not go in to all that mumbo jumbo. It is a simple film that shows to us two coroners/pathologists, physicians specially trained in the procedure of conducting an autopsy or three. 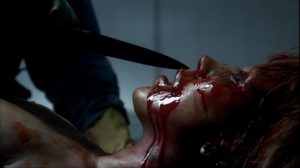 It is undemanding in its mute narrative, with the camera fixed at the gaze of one of the coroners/morticians as he watches the other physician open up the skull and ribs of a dead man with industrial tools. The crack and pop of the skull breaking come as a total shock and then he tears open the rib-cage with a big-ass plyer.

Crunch, crack and then the good doctor spreads the ribs by pushing them in opposite directions, revealing the corpse’s insides. The other creepy doctor ignores the cadaver on his table and looks intently as doctor number 2 sews the corpse back after throwing in all the organs, including the brain, into the chest and stomach cavity. He then proceeds to bring the rib cage back into position as if trying to shut an over-packed travel bag. After stitching the dead guy back and washing up, he leaves the mortuary, with Dr. Pervo alone in the room and left to his devices.

Now, it’s Pervo the Clown‘s turn to go all barbaric on the dead body placed on the metallic bed. He cracks the skull open, the rib-cage and suddenly stops, staring at the dead and limp penis of the dead person. After that he sews the guy up in a hurry, washes the place down and runs to the mortuary to get himself a fresh body from the freezer. 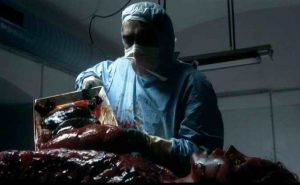 As he pulls off the sheet, it turns out that the cadaver is that of a woman. The most chilling scene is when Dr. Doom shifts the body from a stretcher to the menacing silver table and it drops like a piece of wood with rigor mortis setting in. He conducts a similar procedure on the dead lady, in a hurry, doing a sloppy job. Now with the chest cut open and the rib-cage pushed apart, the stiff body becomes something that resembles a person who has not survived a Jigsaw trap. It strangely looks like a butterfly, not yet fully formed.

He keeps staring at the corpse until he spots a tub of Vaseline.
You may imagine the rest if you wish.

In the end, after sewing the corpse, he saves something for himself. The heart. It is put into a zip-lock and then in to the pocket of his overalls. All along the film we only see his intrigued and longing eyes. He did a slapdash job with cadaver number one, however less than the dead woman though, who’s relatives are waiting outside and comforting each other with tears and hugs. 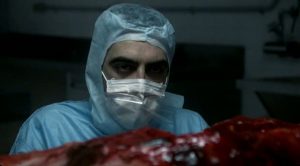 The lights to the mortuary are shut, and the licensed pathologist goes home to feed human heart-mince to his dog.

The film is shocking and tells you that whatever we are in this world, does not stand for shit when our dead bodies are at the disposal of a mentally sick Pathologist.

The triviality of life is what drives the film and the overall helplessness and desecration of the dead and makes one wonder if the brain will make a cracking, soda cap popping sound when/if their bodies are handed over for an autopsy or even to the mortician whose job is to make the dead appear beautiful. 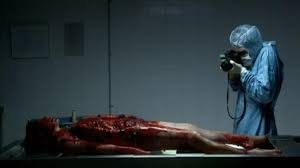 Aftermath is highly disturbing and causes much anxiety. It is also a film that is right up my alley, and now my ass. Fuck.