Leave the real world behind

Life for the residents of a tower block begins to run out of control.
20151 h 59 min
Click an icon to see more

Magnificent, disturbing, funny, precarious, faulty; High-Rise by Ben Wheatley looks like a Cronenberg film, it feels like one too with Jeremy Irons as The Architect, Anthony Royal. 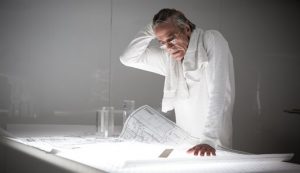 The film is curiously shot in either open spaces or within the complex building, which is descending in to chaos as the garbage chutes start to choke, the power starts to fail and someone is killing the dogs. This is all shown to us in a visual psychosis. 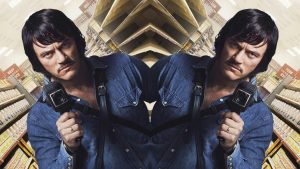 “It looks like an unconscious diagram of a psychic event.” Dr. Laing (Loki)says this while looking at the blueprint of the tower. He is a misfit, an outsider; neutral territory but not without enemies. He looks at things objectively and therefore the tribal ceremony towards the the end, to perhaps make us see his logical transformation. 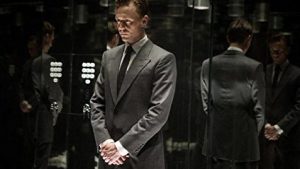 Food starts to rot at the in-door super market, water is running out, floor-wise, for you see there is a social stratification in place like in Dredd and Snowpiercer, its ramifications echo through the indestructible walls of the tall and intentionally arced structure; the pride of Royal, the reason for his excess and vanity and reproduction tendencies. 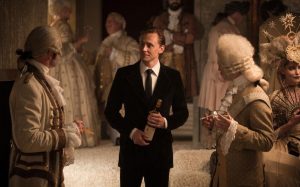 The inhabitants start to care less and less about the world outside as if the housing facility is keeping them bound, both with its luxury and the comfort of intimate horrors – and similarly no one from the law enforcement shows up when a man jumps off the thirty ninth floor.

High-Rise is a dark film with undertones of a science fiction movie, mostly due to its source material’s futuristic settings. The set design is replete with the essence of the 70’s. They even make love like they are from the Seventies, in front of the kids; there is also a scene involving stewardesses and Dr. Laing dancing in slow motion as Hiddleston dons the perfect suit and expressions, as someone looking through a glass, darkly; mesmerised, torn, savaged, reduced, elevated, unable to kick the habit. 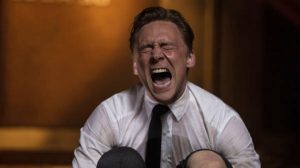 The psychological plunge is sudden and without any last straw explanations, however the rest of the film and the performances more than just make up with the help of visually stunning (but not without the feeling of being left out or not getting invited) string of parties gone wrong in a High Rise whose ending is not without hope despite the nihilistic brutality displayed throughout the film.

This one’s a mind-fuck wearing a blue tie.