A married couple is terrorized by a series of videotapes planted on their front porch.
20051 h 57 min
Click an icon to see more 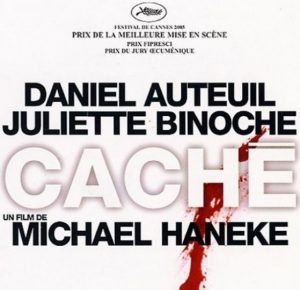 I think I just got hit by a truckload of symmetrical framing and lengthy shots and lingering camera and close to static characters (except Binoche) with superbly mystifying performances, perhaps to augment the style of Haneke‘s satirical, darkly cynical working methods. 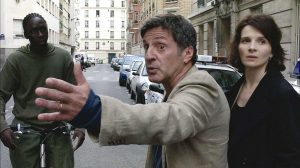 I think my boat just collided with a ship-load of inquiries that went unattended. But that does not mean my boat did not crash into another vessel full of strange, dead fish, something like what you’d find when you search for images on the internet for ‘Mariana Trench‘. There is enough depth to drown an Everest and one-quarter; and nobody knows all the answers yet, maybe not even five percent of those. Like, who was behind the camera and the chicken drawings? 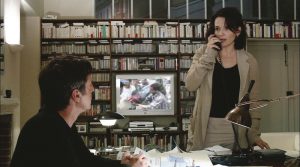 Having been called the best film of the 2000’s, Caché demands that the viewer pay full attention to every little detail from the first rule-breaking and swimming instructions to the hardly noticeable staircase encounter right at the end. Which I believe says a lot about who was filming the Laurents. It could be the subconscious like in Lost Highway, 1997, where Lynch uses VHS tapes to baffle us and Minority Report, 2002 where the ‘Precogs’ relay images to the futuristic cops. It could be Georges himself or Pierrot or Majid‘s son and Pierrot. Speaking of Majid, the scene is penultimate in engaging the viewers; the way it does. Everyone knows what scene! The number one spot would always go to Kubrick until they could somehow make the movies smell. 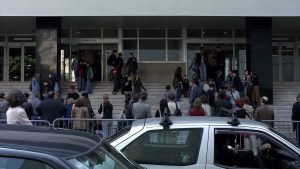 Anyhow, so on the one hand we have an intense film by an even more intense visionary with highly motivating and suspenseful compositions and dialogue that hints at the delayed but collective apology for the Paris massacre of 1961 – even more reason to believe the Lynchian Tapes are in full effect here. 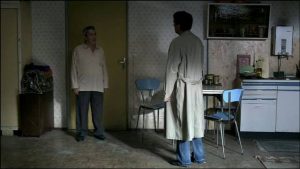 On the other hand we have a slow paced, rarely changing places scenes and camera angles to avoid distorting the attempt of looking out the window at night followed by what Ebert calls the “smoking gun” scene; a single take manoeuvring its way through the childhood home of Georges Laurent and closing in on the disease, which may or may not be; memory is a tricky, picky thing. We have the long run-time and longer takes, which just might tug at you every now and then to check the time on the player. 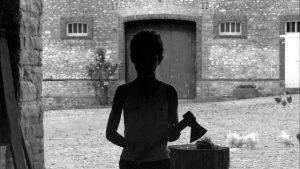 I will re-watch it, if only to relish and be saddened at the same time by the POV of young Georges, towards the end and the frightened yet determined protests of one child far away. That scene will keep me conflicted until I can manage to accommodate that as well and not have sleepless nights anymore.