V/H/S: VIRAL's segments include the story of a deranged illusionist who obtains a magical object of great power, a homemade machine that opens a door to a parallel world, teenage skaters that unwillingly become targets of a Mexican death cult ritual, and a sinister, shadowy organization that is tracking a serial killer. The segments are tied together by the story of a group of fame-obsessed teens following a violent car chase in LA that unwittingly become stars of the next internet sensation.
20141 h 21 min
Click an icon to see more 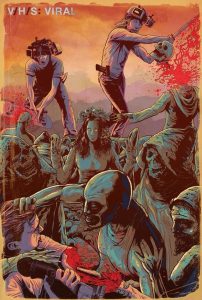 This is not found footage. It is a man (or 5 men) obsessed over collecting material from all over the place. From Tijuana to planet X. They make sure that every single surveillance camera from Planet X to Tijuana was borrowed to painstakingly edit the one million minute footage to add consistency. Viral is everything but consistent. Well, you can’t expect the people behind this film to browse all footage in so much time. 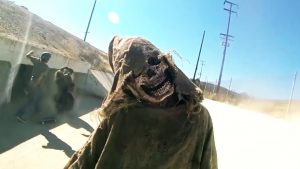 The use of POV with thousands of GoPro mounted to bikes, skateboard, toilets, ladies changing room and all that is so awful, that by the end of the third segment my eyes were spinning in their sockets. I had no idea what the heck was going on? That could be intentional on the filmmaker’s part.

Viral consists of a wraparound story (read: moderator) called Vicious Circles, which (supposedly) serves the context. However, it only manages to baffle the viewers even more with a highway chase (shown on TV) and the intentionally free association plot. It succeeded in frustrating me. 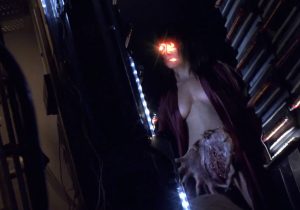 Dante the Magician is shown to be obsessed with the new wave of TV shows where David Blain pulls out a baby crocodile out of Katy Perry‘s tiny little Lana Marks Cleopatra Bag and selfies, of course. This segment (however intriguing) takes away the essence of the found footage genre by putting in bits of interviews (documentary style) with actors pretending to be authorities on the occult, black magic, glow in the dark dildos and other stuff, like cameras mounted on tripods all over the magicians secret room. Why? Because he wants an audience. Didn’t one of the speed checking cameras (SPECS) on traffic lights make clear that Dante’s shows are sold out for months. Yet he still needs an audience. I think what he really needs is a Facebook registration. 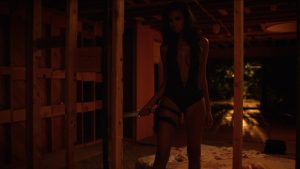 Parallel Monsters by the up and coming Nacho Vigalondo (Timecrimes, 2008) is again a balls-to-the-wall segment, ruined by the greenhorn editing. Although this one comes out less painful to watch with Vigalondo’s Rube Goldberg-esque direction and storytelling. Yet, this viewer was highly confused between the good and the evil doppelgangers. Fuck you Víctor Berlin. 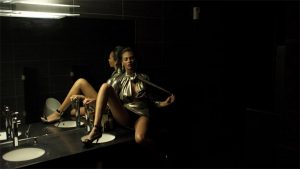 GoPro is a neccessity nowadays for skateboarders, to get ESPN watchers all excited when an impossible, gravity defining maneuver is executed by a pro. Additionally, when practising alone, GoPro has become an essential part of the skateboarders life.

Let’s fucking use this. 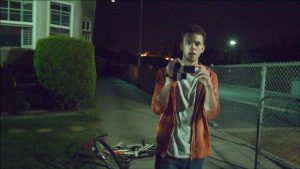 A bunch looking for the ultimate skateboard ground head to Baja. Turns out the once drainage ditch is not the ultimate skate-site after all but it is home or a sacrificial spot to rampaging cult lurches. Bonestorm is brimming with the potential to be both, funny and terrifying, however the camera clutter and the disjointed editing spoil the broth. Directors for Bonestorm, Aaron Moorhead and Justin Benson (Resolution, 2012) must be given another chance with conventional movie-making techniques. 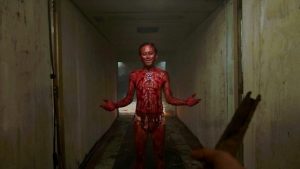 Although Vicious Circle keeps us on the edge, it fails to fill in enough sense or substance to hold all four films, in a tight grip. The connections made are preposterous and, quite simply, the viewer, specially this one is infuriated by the ambiguous at best, ending. 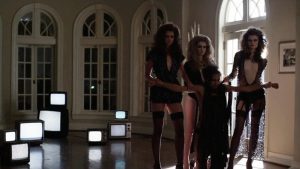 With a generous amount of carnage and moments of actual scares V/H/S: Viral is saying something that all found footage films say, but here it’s only lip service. Viral is a hint for Hollywood to put fire to the genre and forget about it forever. As for me, this film begs to be seen only to watch the ridiculous trappings of the fourth wall, which breaks until we see a still tracking shot. 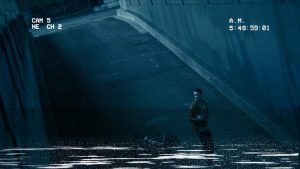 Plus there’s a fifth short reserved for the Blu Ray release. It’s called Gorgeous Vortex by Todd Lincoln (The Apparition, 2012).

“Why are you still filming?”