The Spirit of Haddonfield is No Budget Fan-Fiction / Not-For-Profit short fan film. It was made with pure passion out of respect to the greatest horror classic of all time, Halloween. It is set in the small town of Haddonfield, Illinois. The film follows a young high school senior, Hannah, as she struggles to survive the relentlessly driven attacks of none other than Michael Myers on the night of Halloween. As Myers owns his familiar domain of the cat and mouse game Hannah is forced to face her fear and draw upon the depth of her inner strength to survive the night.
20180 h 19 min
Click an icon to see more 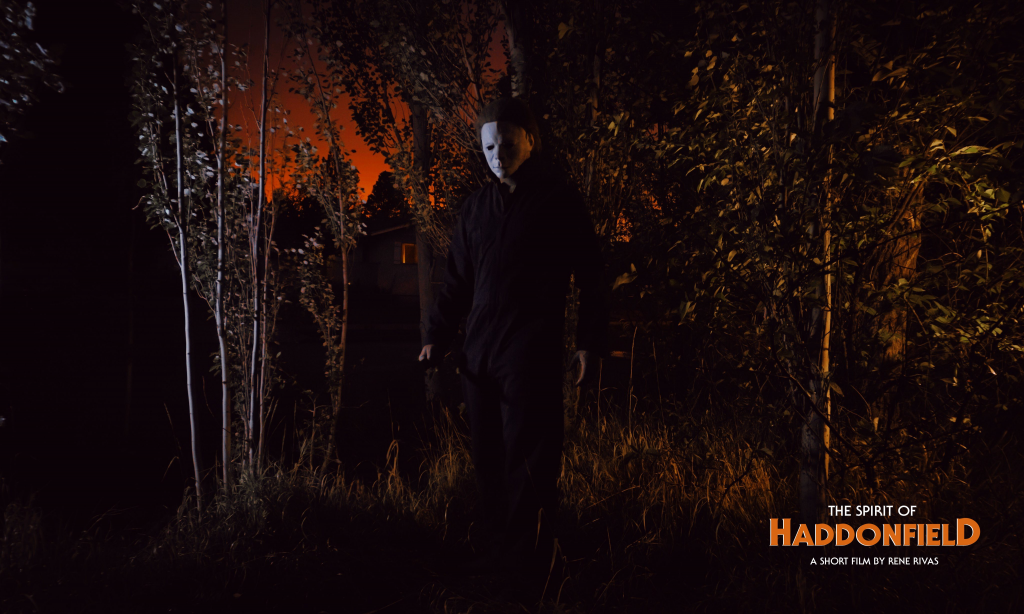 With a budget like that, Rene Rivas (writer and director) creates an impressive short film. Rene Rivas also serves as the cinematographer and doesn’t disappoint. Each frame was detailed and the way he tracked the chase scene was phenomenal. While I was watching it, I did seem to get 1978 Halloween vibes. Maybe because the similar soundtrack? Switching the focus over to the cast, I noticed the man who portrayed Michael Myers did a remarkable job. Looking through the credits I had noticed that The Shape was actually portrayed by Vincente DiSanti! He also portrays Jason Voorhees in his Never Hike Alone. The actress, alternatively, had an inferior performance. Actress Hannah Owens, who portrays Hannah in the short film, didn’t have much dialogue to work with so it couldn’t have been easy. Still her performance fell short and didn’t seem to click with me. Another flaw I pointed out immediately was the Myers mask. Being a microbudget fan film I understand the mask isn’t going to be the best. But I still think most of the work should’ve been put into that mask, especially knowing that The Shape is the core of the film.

I’m not the biggest on fan films but this one had me intrigued. Watching this makes me countdown the days to October 19th. Overall it’s an entertaining, suspenseful, and rewatchable fan film . I definitely say give it a watch and support Rene Rivas, who I think can make something pretty amazing if given a good budget and cast!