Kevin has 23 distinct personalities. The 24th is about to be unleashed.

Though Kevin has evidenced 23 personalities to his trusted psychiatrist, Dr. Fletcher, there remains one still submerged who is set to materialize and dominate all the others. Compelled to abduct three teenage girls led by the willful, observant Casey, Kevin reaches a war for survival among all of those contained within him — as well as everyone around him — as the walls between his compartments shatter apart.
20171 h 57 min
Click an icon to see more

I’m shaking in my boots

Why cash in on the merging of various cinematic universes, where the ultimate good, Mr. Nakatomi Plaza himself decides to get an upgrade from doing mostly B movies to getting featured in, what you could call Shyamalan‘s welcome return to form with an effective thriller of the mental disorder variety?

Why use a mental disorder as a scare tactic?

Why not? Plus the director’s downright bad recent ventures and then suddenly coming up with The Visit, 2015 and now Split, make it seem he just recovered; or, it could could be withdrawal, a ten million dollar worth of fucking withdrawal. I pray it isn’t. I also pray they don’t add another five to that ten – Shyamalan, it seems, is better off with restrained financing, which push him to concentrate on the plot more than the air bending CGI or a hundred men shaking trees tops, to make it look windy. Or was the wind also CGI in that film with Mark Wahlberg? I couldn’t tell except for when Mr. Ex-Underwear-Model wanted everyone to run with him to perceived (again by Shyamalan) safety. 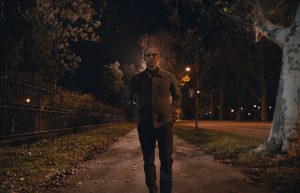 Yup, the audience and the critics and pilgrims like yours truly are, for lack of a better word, split. Dr. Fletcher‘s dramaturgy thesis on MPD, now called DID – because the guys at SHIELD (or in this case The Mutant Enforcers of Xavier) now think its disassociating to have more than one consciousness within a single human being – is there, perhaps only to fill in on the disorder and also for innovative structural attempts. There couldn’t be a better shot by the fucking Red Dragon book picture this year.

I’ll tell you what really takes you off tangent and to the fucking moon; the hellish moves that the nine year old personality called Hedwig (McAvoy) forks over to the strange as fuck dubstep track, Snails by Frogbass; it could be the other way round but that doesn’t change the fact that McAvoy gives a terrific, masterful show, changing in to all twenty three (one to go) personalities by the end (in the beginning there’s six, tops, that Shyamalan focuses on), in quick facial transitions. It frighteningly reminded me of Ledger‘s Joker. And that’s saying a lot. 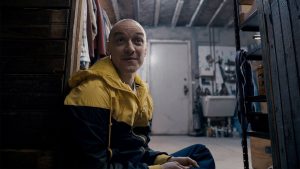 Anya Taylor-Joy (The VVitch, 2015), is another young-ish (in mind and body) force to reckon with the shotgun show n’ tell and running like Ripley, from a xenomorph. 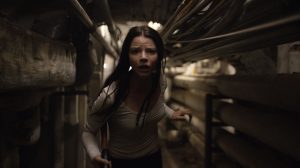 Run; you witch, you

It did get a little over the top but hey, after all if the keen viewer and Shyamalan are convinced of a superhuman trail, then by all means. 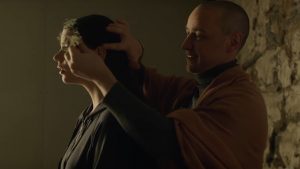