Be careful, children at play.

A young mother and her twin sons move into a rural house that's marked for death.
20151 h 37 min
Click an icon to see more 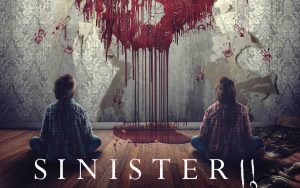 It looks as if a young Alfred was abducted by a thirteen year old Jack Napier and after all these years Alfred, hanging on a coat-hanger, with a white face and cheap Halloween make-up, hovers around random houses that have an 8MM camera and spools lying in a trunk somewhere, with shiny spider spittle all around it, making it look ancient; somewhere in the attic of the house, or the basement; in this case. 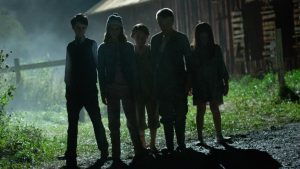 The first film with Ethan Hawke as a writer on the edge and director Scott Derrickson focused more on the investigative narrative and the cans of spool that Oswalt stumbles upon. Ellison Oswalt (Hawke) discovers the ghastly snuff tapes, unable to figure out who shot those. Sinister, 2012 employed a relatively new concept of being haunted by celluloid that takes away the innocence of children, before it takes them away, also.

Sinister 2 is highly atmospheric, creepy and above all it jumps directly to the horror of Sinister, not bothering with keeping records, maintaining files, managing power of the laptop. Nope, that does not exist here. Derrickson throws us in to the deep from get-go and it gets plenty uneasy from there. 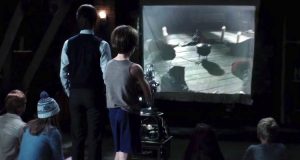 The sequel  is even more dark, isolated with visitations by a young Ozymandias from The Watchmen, 2009, among other raccoon-eyed, grey coloured kids. The little brother, Dylan Collins (Robert Daniel Sloan) is later joined by a group of dead children who slaughtered their families after watching the films. Or perhaps the films were watching them?

From the very beginning we are treated to some genuinely frightening kills. Sinister 2 is innovative in showing the annihilation of innocence in the most harrowing manner. The rats scene should make Mou Tun-fei (Men Behind the Sun, 1989) very proud.

With torture methods picked directly from the history of the Dark Ages, the Medieval Times and the torture techniques used back then, some scenes become hard to watch and the film rises a little but settles down quickly as we return to the domestic/legal scuffle. Shannyn Sossamon is more scared of her ex-husband rather than the Floating Alfred in a tux. And for good reasons. 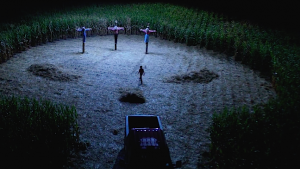 James Ransone as ex-Deputy So & So is back and burning houses all over Illinois and has been successful in getting away with arson all these years, plus he is also getting away with not having a real job for all these years. I’m happy Sinister 2 hired him again. Actor Ransone is rather a agreeable presence who relays the dread fully to the audience and to the Collins‘ family; who treat him not as a warning but as someone who is sent to them in their times of hardship. Well, that is true to an extent, however Missus Collins could have taken the non-serious-faced ex-deputy a little more seriously.

“Do not leave this house.”
That’s one confusing line for a film about haunted houses. However the reasons are deliberated upon earlier. Everything is covered as far as I could see. 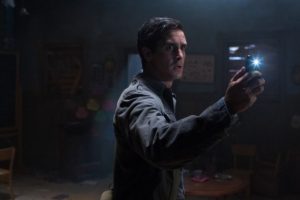 While Sinister, 2012 had dark revelations, non-fiction author’s mammoth research and his return to whiskey after watching what he watched and Ethan Hawke trying to take it down in so many ways, Sinister 2 is frenzied, frantic, in-your-face, full blown horror film with a lovely twist in the end and kills that actually get a reaction out of its viewers.

The Sinister Franchise (if there is such a thing) now consists of a lovely film from six years ago followed by a pretty decent sequel that scares. Plus the 8MM films are a treat to watch. 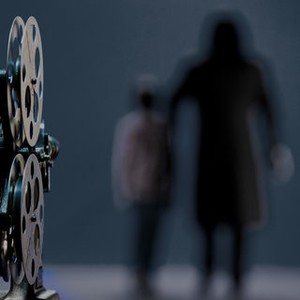