Trapped in a Deadly Game of Torture and Murder!

Singapore Sling is chasing after Laura, a romantic memory from his past. One night he finds himself in a mysterious villa, watching two women bury a body. He falls into their trap and, in an atmosphere of isolation and decadence, the trio act out insane pleasure games and a ritual of blood and murder.
19901 h 55 min
Click an icon to see more 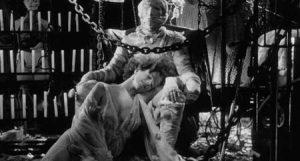 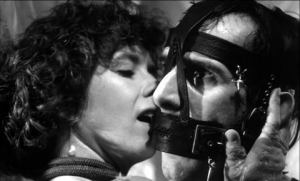 The sophomoric and brilliant portrayal of insanity by the The daughter, played stupefyingly and sometimes repellingly by Meredyth Herold adds to the highly confrontational mood of the film. She speaks directly to the camera, telling us things that have happened in the past just before she herself acts those moments out with her mother, played by Michele Valley like a true silent movie star of the Roaring Twenties. She speaks English with an accent and that makes her even more like, perhaps, a vampire. Their costumes are of ancient design and once we enter the stately manor, the film-noir part somehow successfully blends in with the horror house parable. The characters’ descent into the depths of the subconscious is imminent and the consequences, although predictable, come as a shock anyway; again because of the heavy theatrics and a full frontal avocado after every fifteen minutes or so. 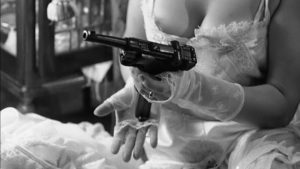 Singapore Sling is anti-sex, unlike Nikolaidis’s The Zero Years, 2005, it is depressing, funny, psychotic, Gothic and lyrical and full of Nosferatu shadows. It is, I feel, not weird just for the sake of being off the wall but there is something in here (all film sensibilities intact) that makes you want to indulge the characters even during their most disgracefully depraved acts. 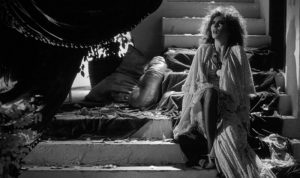 Singapore Sling is not for all and sundry, it is deranged, vicious, vulgar and iniquitous to an extent. It is also difficult to sit through, yet you do not want to press stop even as madness reigns. It is wickedly funny and the next moment the daughter is inducing vomit by putting fingers in to her throat and vagina simultaneously. Yup, I said it was fucked up.

Above all the film is surreal and once again the acting is something that warrants a second watch. It is a must for the film enthusiast to seek out this ultra-outre. However, Slin is not for the fans of Harry Potter or Games of Thrones or those whose stomachs and morals are terribly weak. 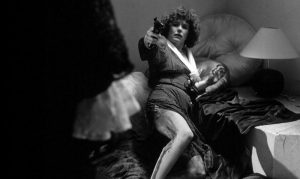 “All you want is water – you don’t even pay attention to me.” – Daughter 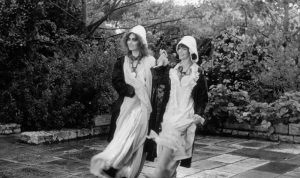