Schramm: Into the Mind of a Serial Killer, 1993

Into the Mind of a Serial Killer

Lothar Schramm is a simple man with complex problems, yet he seems like such a nice guy. He works as a taxi driver and lives by himself where he is happy to answer his door to strangers and kill them outright. As with many shy loner types he has a problem dealing with woman so he drugs them and photographs their nude bodies for sexual stimulation. He then murders his helpless victims and so goes the life of a deranged serial killer.
19931 h 10 min
Click an icon to see more 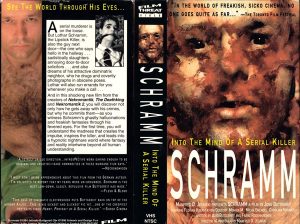 The only good thing about this feature is the running time. Looks like director Jörg Buttgereit ran outta ideas for even more futile experiments or film or both. 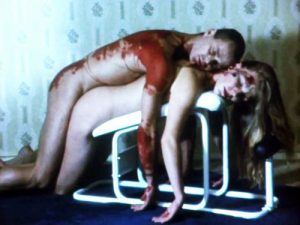 When you run outta ideas

With dizzying camera work and sinuous visuals and zoom in/out scene transitions the film is extremely annoying, visually flawed and evidently a vanity project. That would suggest that director Buttgereit (Der Todes King, 1990; another unbearable film) has a thing for hammering nails into places where nails should not be hammered down. No, no, no, no.

Serial killer or mortician, you decide

Zero acting, awful direction, editing by a monkey on the typewriter for just a few years and the absence of even a hint at a narrative or plot makes Schramm a horrible film to sit through.
William Heirens, the real Lipstick Killer must be fucking doing somersaults in his grave if he’s not in hell already. 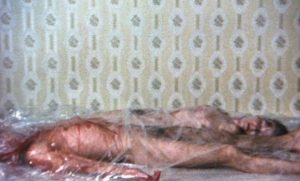 And this rubbish has a cult following. Nonsense. Art-house my ass. 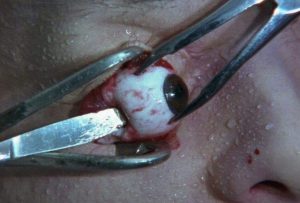 Un Chien Andalou, 1929 seems to have grabbed the attention of every single cult director out there and then some