Sometimes Death has No Reason

Suddenly Jennifer is torn from her comfortable and non-assuming life. While planning to move, Jennifer and her husband will experience anything but an ordinary day! It all begins with a strange visit from her soon to be ex-neighbor, the postman who mentions an urgent need. Later when Jennifer comes home from grocery, she discovers an elderly neighbor, who is her son's babysitter, has disappeared. She also receives a terrifying and disturbing letter which contains a macabre death poem, plus some compromising sex photos of her husband and the missing babysitter! To get over the initial shock, she decides to take a bath, and promptly falls asleep in the bathtub. When she awakes, she finds herself on the floor of her apartment covered in blood and body parts! Center to this surreal and horrific scene is a mysterious masked man who promises to lead Jennifer on the right path toward the sacred white light . The story continues as a tale of physical and mental torture!
20101 h 14 min
Click an icon to see more 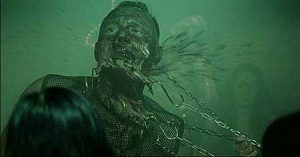 Only for the gore-hound. Some scenes made me take my eyes off the screen, others simply made me feel dirty, and that’s saying a lot about my threshold for this kinda stuff. 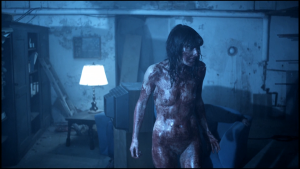 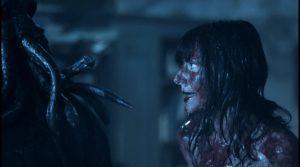 Great twist though, at the end. And the boogeyman is intimidating but the character seems sympathetic towards our damsel in distress, which doesn’t work well for this torture-porn, shlock horror flick. 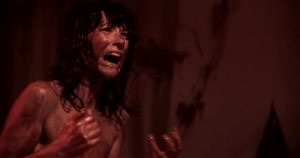 There are a few people, who just might take the leap. However, be warned; Reason makes Hostel and Saw and even Ichi the Killer look tame, mild, even pale once the credit roll starts and the atrocious ride comes to an end. 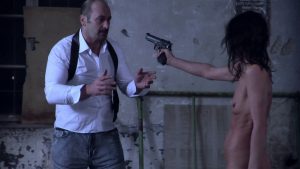 But does it, ever?