You were right to be afraid of the dark.

When Rebecca left home, she thought she left her childhood fears behind. Growing up, she was never really sure of what was and wasn’t real when the lights went out…and now her little brother, Martin, is experiencing the same unexplained and terrifying events that had once tested her sanity and threatened her safety. A frightening entity with a mysterious attachment to their mother, Sophie, has reemerged.
20161 h 21 min
Click an icon to see more 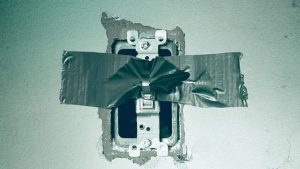 Lights Out is a nightmare for the filmmakers trying to figure out the cinematography to a film titled such. Overexposure, underexposure, one eighth of a second exposure, 1/200 shutter speed with 3.6 frames per second (through the looking light meter glass), ISO noise, the wheezing, metallic grinding noise that Diana the entity makes (now that’s sound-design territory, never mind), the taut and unyielding performances, Maria Bello, fast-pacing, a fitting back story (which could have been expanded a little) and the fact that lighting is a character in the film, all add up to making the film a stunning visual treat and also a contender for most effective mind-fuckery in recent memory. 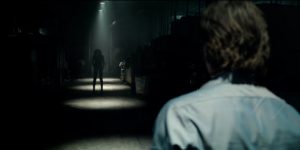 The scene with the Tattoos neon sign board flashing outside the window is absolutely lovely and so is Teresa Palmer, as the daughter. How long has it been since the staircase scene in A History of Violence? They grow old fast; I’m talking about Bello playing mum to the thirty year old Palmer. 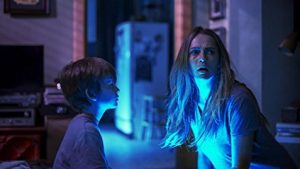 Director David F. Sandberg and screenwriter Eric Heisserer succeed in telling a horror story with almost everything thrown in for terrific measures and it is all over in just 81 minutes. They don’t try to tell jokes but have the sense to humour their own actors (Exhibit A: Opening Sequence). They don’t fool around, get straight to the linear point; create an overall unnerving atmosphere of dread and disease that plays with the viewer’s fear of the dark (“I have a constant fear that something’s always near”), the fear of the unknown like manic depression and how all your imaginary friends, who you can’t live without are constantly attacking your loved ones.

The Hemingway Principle is used here to seal the deal, which is pretty risky but here it managed to recover all production costs on the first day it opened in cinemas.

Unnerving, superbly crafted with Samara peeking out from some old case files that are getting yellow with age. Never mind (again); with other aspects of the film being genuinely scary, that one little bit can be under rug swept. 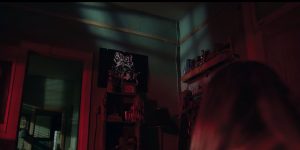