The origin story of The Texas Chain Saw Massacre

A young nurse is kidnapped by a group of violent teens who escape from a mental hospital and take her on the road trip from hell. Pursued by an equally deranged lawman out for revenge, one of the teens is destined for tragedy and horrors that will destroy his mind, moulding him into a monster named Leatherface.
20171 h 28 min
Click an icon to see more

Being a huge fan of ‘cut him up/slice him up’ horror films, I will be completely honest with yous by saying that I was pissing in my little white Speedos with excitement when I first heard about the…newer…newest installment of one of the classics – Leatherface. However, due to some of their recent releases cough Chainsaw Massacre 3D cough and just how fucking awful they have been it pretty much killed my boner straight away. 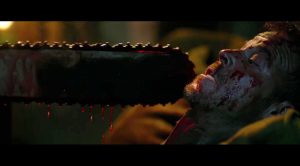 First things first, The Texas Chainsaw family have been rebooted, recreated and redesigned more times than Katie Price’s body, with each new films totally scrapping their previous lives and creating a whole new one for the character. In Texas Chainsaw Massacre 2 they named Leatherface Bubba Sawyer then decided to change his name in 2003 to Tommy Hewitt and now they have proceeded to change it yet again to Jedidiah Sawyer… Just rename Freddy whilst you’re here or better yet how about calling Michael Myers, Michelle? It wouldn’t work for any of these said films and tonnes of others, so why is it acceptable here. 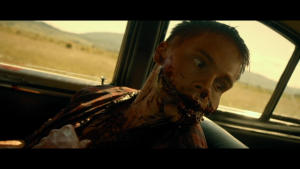 It’s not all bad. It is a blood and gore lovers wet dream. They didn’t stray away from the point that Leatherface is still as much of a mass murdering maniac as he was in the original film. The original is terrifying. It’s raw, but most of all it’s a classic. Back in the day they heavily relied on what was going through the audience’s head rather than what was being seen which is what I believe is the only good thing about this new installation, it is chockful of bloody nastiness. 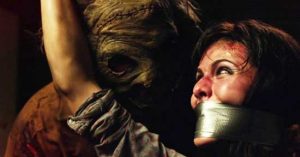 The big problem is that you cant rely solely on blood and gore to make a horror film ‘Good’.
Was it scary? NO.
Was it engaging to the audience? NO.
Did it have an interesting story plot and characters that you would willingly spend 90 minutes with? NO. 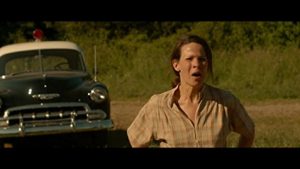 I understand that it’s gunna be hard to fill those sadistic Texan boots but all in all, there was just no soul what-so-ever. These incestuous hillbillies eat people, they wear their victims skins and decorate their house with skulls. It was that shit that even my infant son was crying when we watched it together. 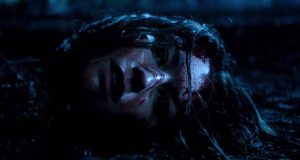 I’m not wasting time telling any of the story or plot because I don’t want you to watch it. Simple.

It would be better if you were to experiment anally for an hour and a half with fruit than to watch this huge pile of pigeon shit. If you aren’t interested in shoving bananas up your rectum, play it safe and stick to the original.