Every camper’s worst nightmare came true at Lake Bodom in 1960 when four teenagers were stabbed to death while sleeping in their tent. As the years passed and the case grew cold, the unsolved mystery turned into an urban legend, a creepy campfire story passed from generation to generation. Now, a group of teenagers arrives at the same campsite, hoping to solve the murder by reconstructing it minute by minute. As night falls, it turns out that not all of them are there to play. Tonight… it’s girls against boys. Let the killing games begin.
20161 h 30 min
Click an icon to see more 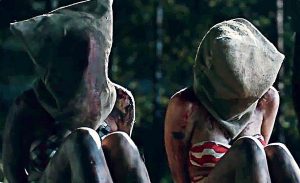 The Finnish horror outing’s serpentine and brittle plot slithers throughout this twist of a disfigured film. Disfigured because of the unexpected distortions in the fabric of the film itself. However, that is not to say that the film is not well made. Director Taneli Mustonen knows how to build solid tension during frail story-telling, weak motives and a tow-truck load of twists. Tension that is so thick that you can insert a pocket knife, sideways.

Then comes a shot of a woman going swimming in a lake in the dark. Well, the sea and the lakes and what have you, have a daunting affect on me for reasons beyond comprehension. Specially when a woman is swimming in complete darkness and the anxiety is such that it makes us assume morbid consequences to be dished out for the deed. But we will have to wait. I do not think I’ve felt such relief at the visuals of a hand with keys in it; but (never to let the guard down) then we watch as Nora (Mimosa Willamo) is shining her flashlight at something across the valley, in the woods and the anxiety returns, it bloody well runs back to us and holds us in a tight, cold embrace. 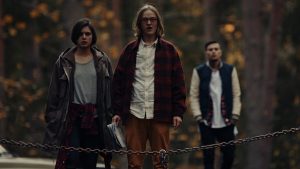 The camera moves with a self-assured eloquence; cutting from a scene where we watch a woman descend underwater and merging it with another where a woman is simply standing at the edge of a hill; the camera brings her in to focus, dropping on her after we’ve seen the dark starless sky and the horizon of trees (that somehow look white in the darkness); giving the entire sequence a continuity of the state of mind that the subjects share. This is achieved with remarkable editing and painstakingly crafted and tense sequences. And then a car goes flying in the air. All of it is a pleasure to look at but that is all. The genre allegory (which Bodom, at times, succeeds to sidestep by generating one genuinely uncomfortable situation after another state of bloody affairs), unfortunately is not as well grounded as the visuals. 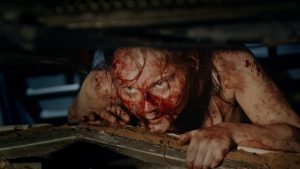 Having said all that, Lake Bodom tries extremely hard and does manage to succeed in spreading gloom like butter on a slice of bread but it stumbles in its pirouetting of the dance en pointe. The acting is passable, the subtitles inappropriate, and the ending a complete mess. I did not understand what the fuck was Ida (Nelly Hirst-Gee) doing in the last shot; it confused me even more when one of the new bunch of characters says, “She’s gone mad” and then everyone introduced only a few minutes back (as the new bunch of campers) starts echoing his declaration. Those things are still a mystery to me. 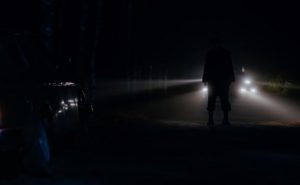 Other than that, I did enjoy the film very much, it managed to make me extremely uneasy and the twists (no matter how frail) did something to add to the horror film, which goes out on a limb to appear dissimilar to other mainstream sacrificial offerings and conducts its arrangement like so; leaving the forced screenplay either completely isolated or something unappealing to the regular horror fan or the gore-freak or even the fan of the Australian outback hillbilly horror flick, Wolf Creek, 2005.

Do watch it if you want to get entangled in a rootbound screenplay being relayed to the audience with the help of some of the best visuals in a horror film.

This one is highly polarising but strangely entertaining.