You really thought you’ve been scared?

A mother of two inherits a home from her aunt. On the first night in the new home she is confronted with murderous intruders and fights for her daughters’ lives. Sixteen years later the daughters reunite at the house, and that is when things get strange . . .
20181 h 31 min
Click an icon to see more 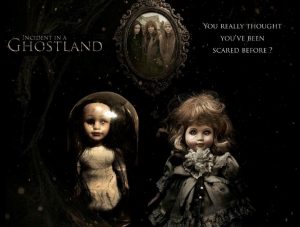 Here we go again, with director Pascal Laugier, once again doing what he does best, containing sadism, misogyny in an upscale dark packaging, with handsome cinematography by a Laugier regular Danny Nowak (Martyrs, 2008), while production designer Gordon Wilding designs the house, with painstakingly registered details that set the decrepit mansion for the malefic; even if the dolls positioned up against the walls and sitting all over the wretched, rotting house with a perpetual sense of doom is something we have watched before; even then the visuals are sharp and gloomy resulting in dark antique furniture with dust and dismay and tragedy and mental illness rampant; and also the paint peeling off the walls. 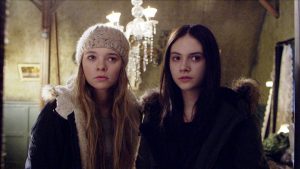 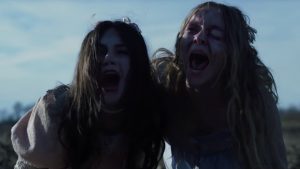 However, after having said all that, the matters of basic story telling logic and suspense are relatively overlooked and most of the effort, it seems, has gone in to stylizing the misogyny. We get to witness heavy duty torture inflicted on young people, while the elemental character development and analysis within the various story arcs of the film are under rug swept; all this while Laugier intensifies the violence in a thoughtfully crafted and a sophisticated film. Yes is it such, the elegance and the sophistication of a project associated with Laugier is intact, however, as mentioned above, the audience is not given much time to think of the basic aesthetic trappings, which are well built and are functioning in the same vein of extreme films from more than a decade ago. It is from here that the narrative is built, bottom up, waving away some of the most basic principals of film-making in the process (as long as the violence is stylized and intense enough). The ornate-baroque setting and the dismayed frame of mind is for everyone to look at, for some to squeam at, and for actor  Taylor Hickson to be disfigured by for life when she smashed her face in to glass upon retakes of this one particular scene. Tragic. 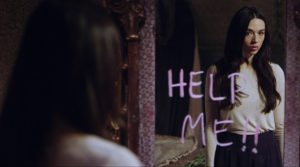 Why then does it all appear meaningless, with the bad guys, the really really bad guys, which the film calls the Witch and the Ogre creating much havoc and futile (for mysticism purposes) gore, of which there is plenty? Still, the horror rhetorical devices, motifs or clichés are all working in tandem and like clockwork. It could be the twist at the twenty minute mark that leaves the viewers in a dreamlike state; where denial is king and realization is giving way to even more violence being dished out without any solid resolution of any kind. Why are the bad guys still on the run after so many years, how are they successful in eluding the law for more than a decade and a half? Why are the women still the captives in the nightmare of a extreme-narrative ruse? Why is Laugier content in leaving the questions be and not address them directly like any sensible film, horror or nor, would do. This is stylishly similar to his 2008 outing, Martyrs, where most was forgiven since what the audience was watching had a bloody novelty to it, the Extreme French Cinema was still in its infancy and the keen viewers were alright with some key elements not being addressed; like why does the priest commit suicide after one of the victims whispers something in to his ear? However, that was that, and fast forward to ten years later, the audience is looking for solid grounding before the female bashing begins, before the ultra violence and the clinical denial have taken over the fabric of the film.

The constant hysteria is unrelenting and gets a tad bit too much at 91 minutes. It does offer to us the convoluted mystery-thriller that was given a fine treatment in Laugier’s The Tall Man starring  Jessica Biel and David Cormican, however the film was not as well received as the director’s shockingly provocative and perhaps even proverbial Martyrs. 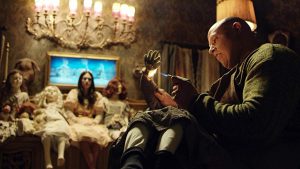 Disfigured faces, bruised bodies and a blow torch waiting to burn the flesh, the audience for Ghostland is in for a surprise and then some, but of the kind that soon goes away or starts to vaporize at the twenty minute mark, like how the psychosis of Beth comes full circle once she returns to her mother and sister at a mansion where something very bad had happened sixteen years ago, all very stylized and brutal and highly depressing; and that’s that.

Pascal Laugier is quite capable of producing a film that balances the stylized Goth violence with elemental story telling, only if he pays more attention to what has happened in the sixteen years that went by in mere twenty minutes. I am not giving up on him just yet and would suggest that you don’t either and that you do give this a watch even if only to appreciate other imported, effective horror outings even more and wait for the director to hit the mark with his next adventure in sicko land. 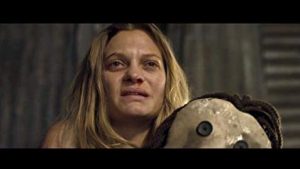 Until then we have Ghostland and the ordeal the subjects are made to go through, all while H.P. Lovecraft takes a seat next to Beth and gives his approval; forced, in denial and living out of the current state of bloodthirsty, poster reminiscent of Black Swan, 2010 affairs