Three handicapped losers who form a band ask famous writer Dries to be their drummer. He joins the band and starts manipulating them.
20071 h 30 min
Click an icon to see more 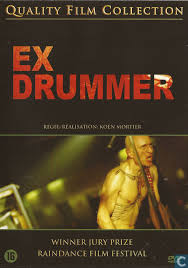 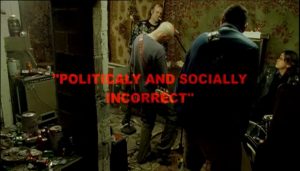 The Belgian film starts with an impeccable lengthy shot of three men cycling in reverse motion, it goes on to show a bald, heavily tattooed man who is always suspended from the roof of his apartment, with the furniture upside down and blood splatter, that defies gravity as crimson beads roll up the wall whose green wallpaper is peeling off; the protagonist breaking the fourth wall more than Deadpool and people talking after they have met violent deaths are some of the more bizarre flourishes that the film presents us with; a film whose roots can be traced back to the grunge of Trainspotting, 1996 complete to the electric performances and the toilet-decadence the genre carries with itself wherever it goes. 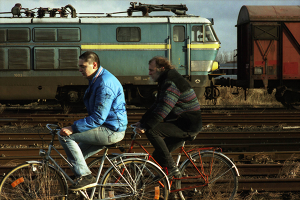 The movie does lose momentum during the second half of its 100 minute run-time when Dries Van Hegen, an author, fills the screen with philosophical and impassioned rants juxtaposed with him meeting the band members and a mighty humongous cock that does so much damage that it becomes hard to watch or even think of (too late hombre) and not just because of Dikke Lul (Fat Cock). Ex Drummer has been heavily criticised for its explicit sex/rape scenes (one of them is just too difficult to watch specially when the director has the balls to add black comedy to it after everything has been said and done) and the hyper-violence. 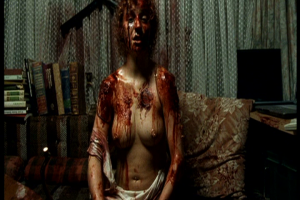 Dries Van Hegen is hired as a drummer for a band, which consists of handicapped people. Hegen looks at all of this as inspiration and an opportunity to write a novel by working with the dysfunctional band members and their even more fucked up lives and families. What is Hegen’s handicap? He cannot play the drums! 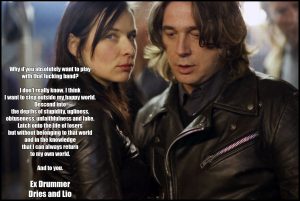 Even though the movie slows down in the middle it picks up pace as Hegen’s obsession grows and the dialogue starts to decimate the sensibility of the characters and the viewers. We are shown the blending and the poisoning of two completely different cultures and social stratum. We witness a fissure forming between the well founded and compelling author and the other band members who think the world of Hegen. We are taken deeper into the lives and ramshackle homes of the band members and are shown, in contrast, in-door shots of a luxurious white mansion that the writer shares with his wife. These scenes result in disparity and contradistinction, making us take sides with Hegen, who we know is a bastard, but an intelligent bastard and the rest; sheep, dirty, filthy herd of sheep. 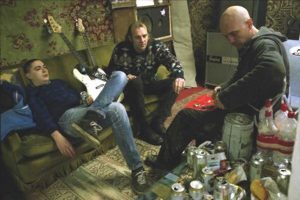 The ending of the film is one of the most shocking in recent cinema history. You have to watch it to believe it. Although we can see it coming from the first time Hegen had a conversation with Jan Verbeek at his home, very early in the film. 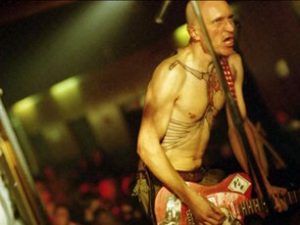 “What is wrong with Pa?” 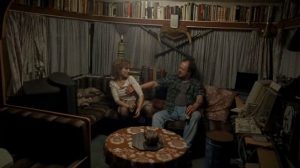 Ex Drummer is a peculiar film and it is definitely something rare, something that crawls out from under a rock and makes a name for itself by bashing the face of women on the tiled bathroom floor, as a compulsive hobby. Yeah, hobby. 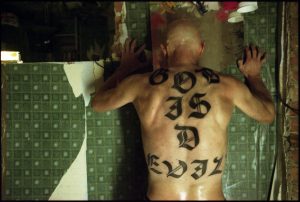 Not for the squeamish, however a must-watch nonetheless.