Six of the most notorious serial killers.... ARE BACK!

A bus full of strangers find themselves fighting for their lives when one of them reads from an ancient Gothic tome, bringing six dead serial killers back to life, who proceed to hunt them down one by one.
20141 h 24 min
Click an icon to see more

This review may contain spoilers (but it doesn’t matter; you’ll see or you won’t).

When fresh meat entered a makeshift bar/Museum of the Dead in The House of Thousand Corpses, 2003 (with the intent of looting it), Captain “Cutter” Spaulding (Sid Haig) showed them around, all the way to a ghastly and a bloody end. Then he laughed hard, as a TV commercial of Captain Spaulding’s Fried Chicken played on the television with Sid Haig hamming it up for the viewers and Rob Zombie to get the desired effect. And it works (for me) every damn time. Plus the precariously fried -chicken looks mouth-watering, soul-corroding delicious. 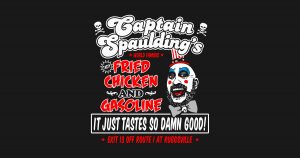 Death Factory aka The Butchers aka Borefest is an asshole film. I had to start with that introduction just to get motivated to write about Butchers. These days I’m getting motivated by all the wrong things that life has to offer or throw in my face.
A grainy, monochrome footage starts the film. I thought to myself, “if this is how the film is going to look throughout I’m getting high.” And when it turned out tht the film was anything but visually alluring, I still got high just to sit through. 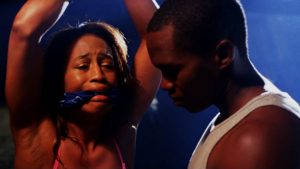 The viewer isforced to make connections on their own. For instance the opening scene does not fit anywhere in the film, except the fact that Butchers has a back story, of sorts; however nonsensical, does not matter to Steven Judd (Shhh!, 2013); what does matter is the writers’ and the director’s infatuation with Serial Killers. 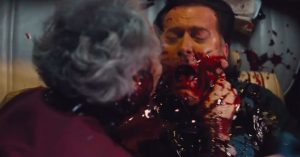 Is that Mr. Medieval Chainsaw, King of Cabins; a perpetual dreamer of going in to the sunset with a bottle of beer in his hands? Sure looks like the unlikely hero who is now a bona fide part of American pop culture

Stranded in the middle of a deserted highway, our bunch of passengers discover a town nearby. You know the rest. Desperation by Stephen King deals with similar a dilemma but without Collie Entragian, the sheriff who is a host to the King mega-villain Tak. 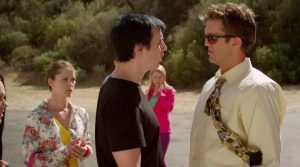 However, Butchers is so taciturn that it thinks we would know who the Real Estate dude is? Why is there only one man living in a completely deserted town? It’s easy this way, supposedly. 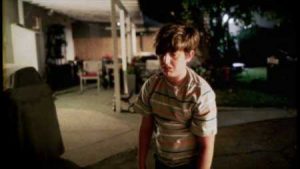 Among other highly annoying characteristics of Butcher the writers, Stephen Durham and David McClellan had to put in something so ridiculous, it is hard not to laugh at, very hard. For you see, this film is about – let me see- a hillbilly beating his wife/girlfriend to death before his kid kills him with a golf club. Golf club? OK. Jump to a inter-state bus ride with an assortment of Dead Poets Society. Then we have the loner, crazed and the jaundiced curator of the Death Factory. A museum that showcases memorabilia (and blood samples) of famous serial killers. By the way he also has the blood sample of Jack the Ripper.

“How the hell did you get this?”
“Good question. Next.” 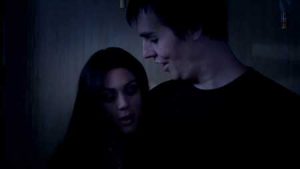 Suddenly evil changes loyalties and Hotel Rwanda turns out to be a warlock? Who wants revenge for the Massacre of 1994? By using voodoo and bad make-up to resurrect souls of dead serial killers to unleash their fury on the travellers? 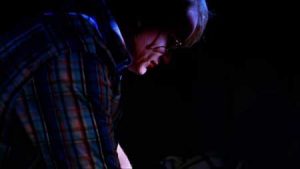 We see Ed Gein, shown to us as a man who is in full control of his faculties and chainsaw (Gein never used a chainsaw as far as I know), unlike the real fucker. Albert Fish is here; a young Fish who no one knew of but Steven Judd. The Zodiac also makes an appearance, dressed like a KKK member with a black hood. Ridiculous. Dahmer is shown preparing himself a meal as his victim is bound to a chair… a white male and he is also shown torturing a woman? Dahmer was more gay than Brüno ( the gay Austrian fashion journalist) and liked his victims non-Caucasian. And then we have the good doctor On Her Majesty’s Secret Service, the boogeyman of the Whitechapel district. Turns out Ash from Alien is a woman. No, Holm is not in this film but he was in From Hell, 2001. What is the connection here? Zero. Then why’d I mention it? For the same reason director Judd decided to start his film with a sequence that is completely irrelevant and disconnected from the rest of the film. 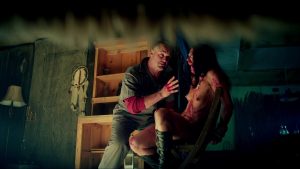 Lukewarm nudity (whatever the fuck that means), loads of cuss words, join the dots, paint by numbers, go figure, bad, disparately awful, artistically terrible, inaccurate, major loose ends and a very Twilight Zone ending that would genuinely make the viewers scared… back in 1934. 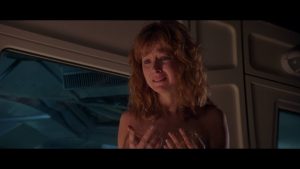 The hero, Simon is shown punching and flip kicking a young Albert Fish who reciprocates with high impact punches. Albert Fish? In another scene another unskilled to go actor is involved in a brawl with a short and stoic Dahmer. What the fuck is going on in this film??? Being inaccurate is one thing. Forcing fabricated history down the audiences’ throats is a crime. A crime of Allen Dulles proportions. I’m not laying it all down for you. Go read some. 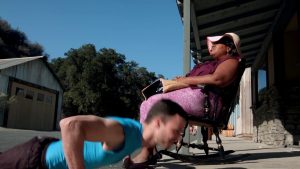 A man should not be tricked into watching rubbish. Somebody fix the rating system on IMDb or demote the directors to boom operators. I’m sure they’ll suck at that too. Like Dahmer sucked dead cocks. Not shown. 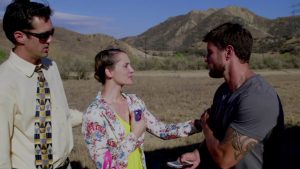