In 1985, her entire family was murdered. 30 years later, the truth emerges.

A woman who survived the brutal killing of her family as a child is forced to confront the events of that day.
20151 h 53 min
Click an icon to see more 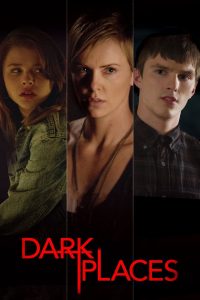 An absolutely circuitous and intricately involved film that exceeds expectations and proves yet again that the the Save Africa (Charlize Theron Africa Outreach Project) female lead is the real deal. The chronologically convulsed narrative and a tight rope act direction by Gilles Paquet-Brenner (Les Jolies Choses, 2001) does wonders; coupled with a water tight and highly intriguing screenplay, Dark Places wins at so many levels that I lost count and let it be; let the feature take over the driving seat. 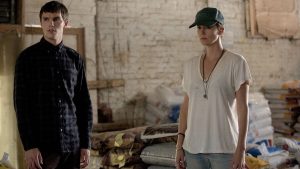 Theron is yet again icy and withdrawn and grumpy and not at all accessible. Recently, it seems, she has deliberately made choices to play the cold-hearted pretty woman, with a baseball hat and teddy jeans, who does not smile, not once like Meredith Vickers of  Weyland Corporation and Imperator Furiosa from a postapocalyptic Australia. It seems she has decided to visit Aileen Wournos from 2003 and forget that once she was extremely vulnerable, suicidal and mentally unstable and throwing a bawling fit in every scene because her husband insisted they move to NYC and work for The Devil. 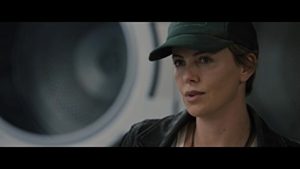 Theron hides the bubbly actress who appeared on Between Two Ferns with Zach Galifianakis (September 7, 2009) and shared some hilarious moments with Galifianakis and the Ferns’ limited, exclusive, open-minded audience. 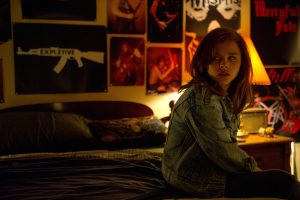 Dealing or coping with a childhood tragedy, Libby Day (Theron) meets a group of nerds who own a chain of laundromats, retired-police officers and detectives and a bunch of other people working on cold case files, without any intervention from authority. Enter Act 2, Scene 1

I will not delve into the film anymore. It has to unfold without having any knowledge beyond the information given above. 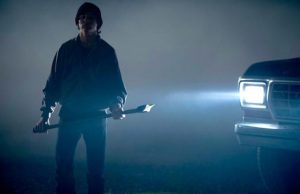 With strong, intensely willful performances, a grand narrative with a painstakingly restrained and stringent direction makes Dark Places a must watch for serious mystery/thriller fans and also for viewers looking for some above average IQ film with the highly desirable Miss Theron as The Day Family Massacre of 1985 survivor. Plus the source material is similar to Gone Girl by Gillian Flynn. 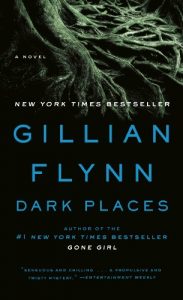 The film breaks hearts and balls in equal doses.

A simple Must or Bust.