After the police find Derek’s daughter brutally murdered on the beach, he vows to make the culprit suffer for his actions, even if that person is ‘part of the family.’ With careful research into the history of torture, Derek prepares himself and his basement for a week of brutal tactics that will make his daughter’s killer feel the pain that he has inflicted upon so many others. In a time when stranger danger is ever present, a single father learns that it’s the ones you trust most who have to be watched the closest.
20122 h 06 min
Click an icon to see more

France, Japan, Korea: these have always been the countries that have smothered the market on brutality in revenge films. Movies such as Martyrs and I Saw the Devil are remembered as much for their original stories as they are for their terrifying scenes of torture and pain. But from this point on, never let it be said that Australia isn’t making its own valiant effort at running with the pack. Because I honestly don’t think I’ve ever had to look away from a movie as often as I did from Chris Sun’s ‘Daddy’s Little Girl’.

Daddy’s Little Girl is an Australian film written and directed by Chris Sun. The film stars are as follows: Billi Baker as Georgia, Michael Thomson as Derek, Allira Jaques as Stacey, Sean Gannon as Colin, Christian Redford as Tommy, and Darrell Plumridge as Detective Michael Harris.

Let me get one thing straight for you uneducated, Jeremy Kyle rejects – do not judge this film based on the appalling reviews some have had for it on IMDB. I feel sometimes people don’t immerse themselves in a film properly and pick the simplistic flaws rather than view the intelligent ways that a director organizes the scenes and even characters.

First of all, lets talk about the plot. This film tells us the story of Derek, a single dad whose daughter, Georgia, is forced to live in existence between him and her mother Stacey. Derek isn’t perfect; many times he drops his daughter into the lap of his brother Tommy. One thing is for sure – Derek does care about his daughter. One night, though, everything goes tragically wrong for both Derek & Stacey when Georgia seems to have gone missing. While the search begins for the little girl, it soon comes to an abrupt end when police find her dead and assaulted body on the beach. After trying to come to terms with Georgia’s death, Derek stumbles across evidence that leads him directly to her murderer. This sets him on a brutal, devastating, and revelatory path towards punishing the sick man who killed his daughter. I would quickly like to thank the brilliant Chris Sun for not over indulging the viewer with an image during the discovery of Georgia’s body . Less is best and you took that road well, a lot of others would’ve used it to steer the anger and you, my good Sir, did not . Tasteful and respectful.

We’ve all heard it before, a news report detailing the abuse of a child that has enraged us no end. And I’m betting that most, if not all of us thought the same thing- ‘I would torture the shit out of this spunk-bubble’. I’ve certainly fucking thought that way and I still do whenever I hear of children being abused. Daddy’s Little Girl isn’t all that different from other rape/revenge films.The father finds out who did it (I wont ruin the surprise…) and tortures them horrendously. With a running time of 1:43 it might appear excessive to devote almost a full half hour to the culminating scene of torture. Many people have expressed stringent opinions about the use of torture and how it not just dominates the piece; but overwhelms it. Personally I think that’s a load of bullshit. Throughout this film, not only do you see the pain and emotions that a family go through when they lose a loved one but also you see the main character doing his research. Derek talks to a variety of different people to find out new information such as: how to pull teeth out in the correct way or finding out just how much you can do to a human body until it is physically impossible for them to carry on living. Now this never normally fucking happens in new generation films because the directors are to scared to waste time on it… Instead they like to play off that the character knows fucking everything just like that nerdy kid at school who used to run between lessons. 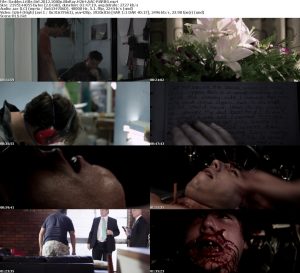 The torture scenes, personally, rival anything I have ever seen in a film that wasn’t some crappy Eli Roth movie or a shitty Saw sequel. Just when you think that you have probably seen just about everything a torture movie can come up with, someone introduces you to the concept of a pipe being shoved up the ass, followed by a heaping line of rusty barbed wire, coupled with a handful of old torture standbys, as well as some other new devices that seemed very unique to the film. These torture scenes did not only make me wince but it also made me think… I would much rather watch a horse fuck my nan than watch these torture scenes on a continuous loop. 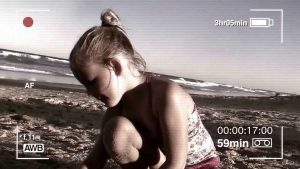 In all honesty I love slating films because it is so much easier than bigging them up, however this film is just too good to hate on. My only dislike of this film was the manner in which Derek stumbles upon the identity of the killer which is pretty unbelievable and stretches credulity quite a bit. Chris Sun makes the discovery to be so incalculably random that I had a real hard time believing it was possible, but I suppose stranger things have happened so I willingly gave it a pass. And the identity of the killer, while quite shocking, felt a bit forced to me. Apart from that I had no issues at all.

What disturbed me more than anything else about the film was something that took place after I finished watching it. As I thought about what I had just witnessed I began to wonder if I would go as far as Derek does in exacting revenge for what happened to his only child? I talk a good game for sure and god forbid if anything like that should happen to one of my kids but if it did and I had the opportunity to capture and do whatever I wanted to do to the culprit…would I go this far? Could I go this far?… Could you? 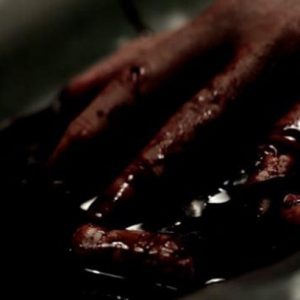 In a time when stranger danger is ever present, this film truly shows us that it’s also the ones that you trust most who have to be watched the closest.