After having narrowly escaped an attempt on his life at the hands of a psychopath, detective inspector Takakura quits active service in the police force and takes up a position as a university lecturer in criminal psychology. But his desire to get to the bottom of criminals’ motives remains, and he does not hesitate long when former colleague Nogami asks him to reopen an old case.
20162 h 10 min
Click an icon to see more 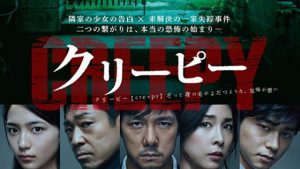 Creepy by Kiyoshi Kurosawa is intriguingly mediocre. But then again, it is quite a captivating thriller, perhaps not by Japanese standards, however this pilgrim grew up watching Hollywood films and no matter how many non-English films I may watch, Judgement Day and Event Horizon or for that matter even Sin City can and will be watched every time I think I need to see a therapist. 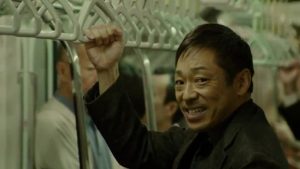 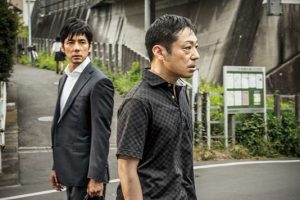 Extras in the back and the weighing scale

Kurosawa fills his film with extras in the background as two characters have a peculiar conversation. It adds weight to the already bloated with furtive yet bewildering exchange between the truly aberrant though admirable Nishino (astutely played by Teruyuki Kagawa with injecting keen conviction into the performance) and pretty boy,Takakura (Hidetoshi Nishijima). I would not know what film-academics call this or even what Pauline Kael or Ebert thought of it but here it is singularly honest and thus threatening.

What Kurosawa also does is source his material to a book and fill his picture with an unbelievable narrative structure; it looks as if the film is running out of time despite of the 140 minute feature-length. 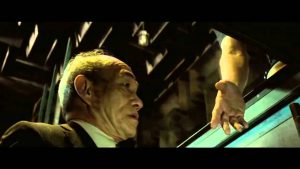 It is not an exceptional film but when it means business it can scare your ass off with its missing persons plot, murder mystery, an ex-detective with an impressionable past, Mr. fucking Nishino, whose very presence lends character to an otherwise nearly dull film with sombre performances except for, again, Kagawa’s Nishino who is on fire throughout. 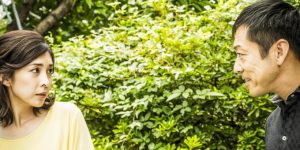 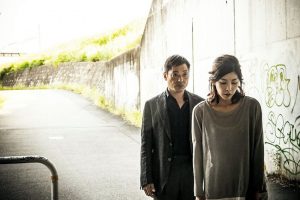 An extremely curious but not unprecedented mystery/thriller from Japan, whose review is as polarised as the film. 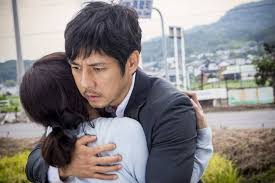 A must see nonetheless.