You are who you say you are.

Tom’s birthday dinner party is turned upside down by the unexpected arrival of Alice, an old flame who changed her identity and vanished without a trace 15 years prior.
20161 h 30 min
Click an icon to see more 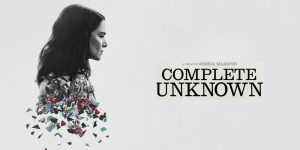 Addiction comes in many forms; peculiar, puzzling, intriguing, untrustworthy, nauseous. Would you share the dilemma with the people involved? Would you indulge them, even perhaps humour Alice? Eighteen months in China, learning intubation, learning fancy magic tricks, living the life of a hipster; life turns on a hunch that might never occur again or it might become a habit, one that is hard to shoot down. Like listening to sounds that certain frog species make.

Unknown is a compact puzzler and Michael Shannon as Tom gives an outclass performance while trying to solve the riddle and becoming one with the game for a few hours. Rachel Weisz as Alice could be the titular femme fatale only if she actually harmed anyone. In retrospect (Tom telling her about her dad) she has rattled many lives in the past. However, she doesn’t live in the past and even when she does it is all fabricated. Her eyes keep changing and we know she has full control to the the reins of the galloping horse. Just keep the mirrors away. 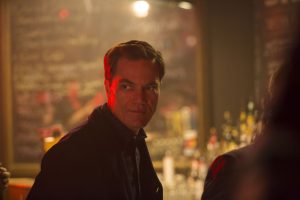 The screenplay is like an elusive thought, elusive and sophisticated, even maybe modish. The performances are water-tight and director Joshua Marston (Maria Full of Grace, 2004) moves his camera around his subjects as if the viewer is a guest at the dinner party; consuming whole, everything anyone has to say. 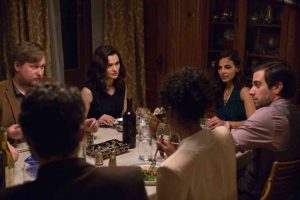 Complete Unknown may not have all the answers, it just might hate goodbyes and therefore there are none. Alice simply goes gently into the good night and disappears into blurred traffic signal lights and Tom heads back home to his Persian wife and agrees to do what he had said no to before. 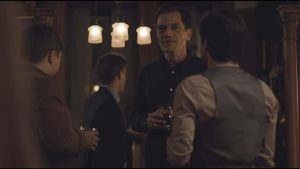 A hug would suffice for now, the real love-making was in the apartment where Danny Glover and Kathy Bates live; however we were too busy watching Tom slip into character while he is already in character. What does that mean, you ask? I’m not sure but this guy can add or shed layers to his character at the drop of a hat. 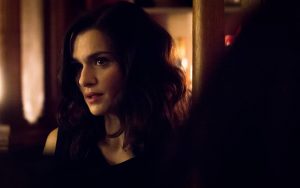 Joshua Marston questions the existence of man and tries to bring a famous quote to life: “The world is a stage…“, and makes us question our own identities and the fact that no one really knows who we are as an individual. We might have an idea and that thought may change as we change shapes in our lives to fit in and just move along with the rest of the herd, with each member contemplating the next situation, which may warrant a completely new persona.

A must watch, if only to get baffled by the drama, mystery, thriller of Complete Unknown.