The Nights Before Christmas directed by Paul Tanter and starring Kate Schroder, Marc Gammal, Simon Phillips, Sayla De Goede, Keegan Chambers and Anne-Carolyn Binnette is now available in the United States on streaming platforms.   You Better Watch Out … and watch on iTunes !

The Nights Before Christmas
In the run up to Christmas, a murderous Santa and Mrs Claus rampage their way through a series of gruesome killings. FBI Special Agent Natalie Parker is tasked with tracking the pair of psychotic serial killers and discovering what links their victims.
With the body count rising, she discovers the couple met in and escaped from an asylum for the criminally insane. As Christmas day nears, the psychotic couple slaughter their way through their special naughty list, playing a cat and mouse game with the FBI and leaving a trail of gruesome bloody bodies in their wake. 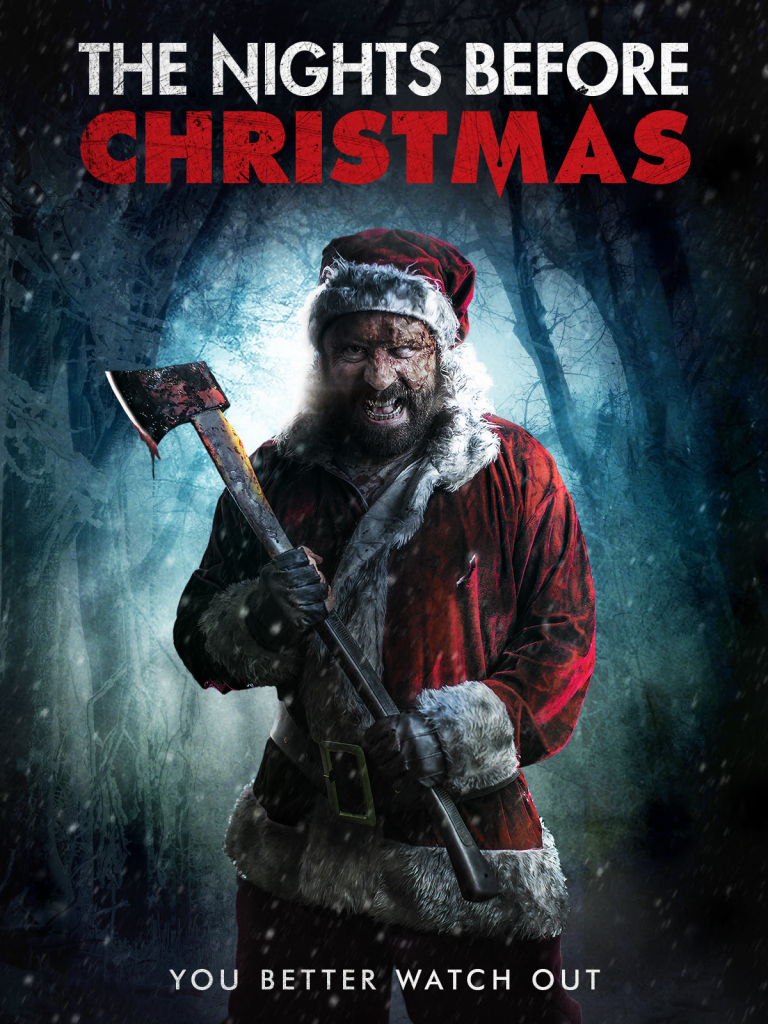 THE NIGHTS BEFORE CHRISTMAS PLAYING AT FRIGHT FEST 2020!!