Gruemonkey’s interview with Gage Marsh (You Me Her, IZombie)!!

Today for our interview we have for you the incredible actor and handsome guy, Gage Marsh.

Gage Marsh was born and raised on the BC coast. He decided he wanted to act at the age of 5 when he watched Pirates of the Caribbean for the first time. Ever since he had been acting in school plays, improv groups, and his friend’s short films. Gage started acting professionally in 2017, since then he has worked with Networks like Netflix, CW, and HBO. Landing roles such as Alex on the popular show You Me Her, the boyfriend on Nancy Drew, and as Steven Forbes in Batwoman. He also did a episode of IZombie. When not on set Gage enjoys traveling and spending time with his family. Here is our interview with Gage Marsh:

GRUEMONKEY: Halloween season just passed. What are your top 8 favorite horror films and why you like them?

GAGE: Ohh starting off with a great question, I watched Zodiac for the first time this year, and I was absolutely blown away by John Carrol Lynch’s performance in that. Some of my other current favorites are, Get Out, Crimson Peak, Sweeny Todd, and Split. They all manage to have this perfect balance of plot-driven fear, and incredible performances that just leave you with your jaw on the floor.

GRUEMONKEY: Great choices. What made you wanna get into the world of entertainment? Any role models?

GAGE: I’m obsessed with the feeling you get after leaving a theater, this expansion of empathy and emotion that you don’t get from anything else in my experience. A good movie will have you walking out of a theater wanting to change the world and believing you have the ability to do so. I’ve looked up to actors such as Johnny Depp, and Jim Carrey since I was a kid, and recently Jake Gyllenhaal has been an inspiration.

GRUEMONKEY: Yeah, there is nothing like a movie theater experience. Have you ever done any modeling, if so, who have you modeled for?

GAGE: I’ve done a little bit for friends who have clothing brands and such. But its never been a big thing for me. 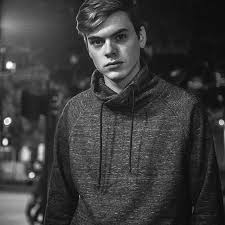 GRUEMONKEY: Are you a gamer? What’s your favorite system and games you are currently playing?

GAGE: I never had a console growing up so never really got into it. This past month though I have started to play a lot of Among Us with some friends.

GRUEMONKEY: Among Us is so much fun! How did you get the role of Davis on IZombie and what was that experience like?

GAGE: I had one audition and promptly forgot about it because I had a bunch of other auditions to do that week so when I got the call I was kind of thrown for a loop initially. Working with Rahul Kohli and Izabela Vidovic was a blast. My only regret is that I never got to play one of the undead.

GRUEMONKEY: I’m with you on that. I would love to play one of the undead. Tell us about Alex on You Me Her and if he relates to Gage at all?

GAGE: Alex was a super fun character to play, he was always so snarky and just there to toss out a sassy line and then leave and do his own thing. Alex and I aren’t very similar, to be honest, but I do think I could do with taking some fashion advice from him. 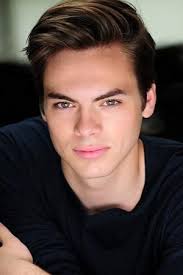 GRUEMONKEY: (Laughs). Nice. Nancy Drew is a popular series. Any fun stories you can share with us from the set of Nancy Drew?

GAGE: We shot the whole thing out in Horseshoe Bay which was cool because I have a lot of great memories in that town. It was fun seeing such familiar places being transformed into this spooky town.

GAGE: Before quarantine, I was in a gym for MMA, and I’ve always been very active. I have to be honest though the quarantine has put a damper on me working out.

GRUEMONKEY: Yeah I agree with you on that. No motivation. Anything else you want to discuss or promote?

GAGE: Yes! I’m playing the role of Justin Hoyt on Big Sky, a new David E. Kelly show that will premiere on ABC November 17h! This character has such emotional depth, and as the season goes on I think people will really empathize with him and the struggles he goes through. I’m very excited for everyone to see it. 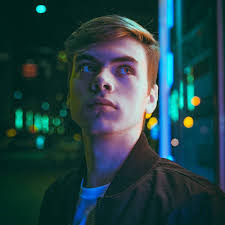 GAGE: A lot of Dermot Kennedy, but Travis Scott is always a staple.

GAGE: I’ve been getting a lot into making music lately, and every summer I have a resurgence of interest in parkour.

GAGE: Oh it’s gotta be We Are Young by Fun

GAGE: Used to be coffee but now its tea all the way.

GAGE: It changes by the day.

GAGE: I’ve developed an addiction to DoorDash during quarantine, so basically, anything I can order.