Mike played Vinny in the stage play ‘Jersey Shoresical: A Frickin’ Rock Opera,’ which won ‘Best Ensemble’ in New York International Fringe Festival.
Mike was nominated for a 20108 Local Emmy in the “Best PSA” category for his segment ‘Linus and the Meaning of Pride.’.
‘Recreational Reefer Madness,’ a segment Mike wrote and starred in for his series ‘WeHoTV News,’ was nominated for a 2020 Los Angeles area Local Emmy Award for ‘Best PSA.’. He has acted in numerous shorts and films including: No Match Found, Getting It Straight, Fierce Friend, The Curious Latino, 3 Stories About Evil, The Weathered Underground, Changing Times, The Tommy O Show, I Love Dick, Party Like the Rich and Famous, Sam, Close Quarters, Real Heroes, In The Silhouette of Midnight, Eastsiders, Highway to Havasu, and If Social Media Were People. He directed The Curious Latino. Produced Monday Mouth Off and WeHo TV News. He also wrote The Curious Latino, Monday Mouth Off, and WeHo TV News. Here is the favorite horror films of Michael Ciriaco for Celebrity Picks:
.
.
.

JACOB’S LADDER:
I saw this with the first BF I had when I moved to Los Angeles. The Mutha Fucka passed out during it, So I had to watch this trippy scarefest by myself. The entire time, It’s unclear of what’s reality and what’s in his head. But what really got to me was finding out that this was based on a true story.
.
.
.

SCREAM:
This movie actually got me into the horror genre. It’s a parody of horror movies while simultaneously being a genuine horror movie itself. I was in high school when it released so I was able to connect with its teen(ish) cast. It has a huge following in my school, to the point that we would dress up as the characters to go to the theater and rewatch the film.
.
.
. 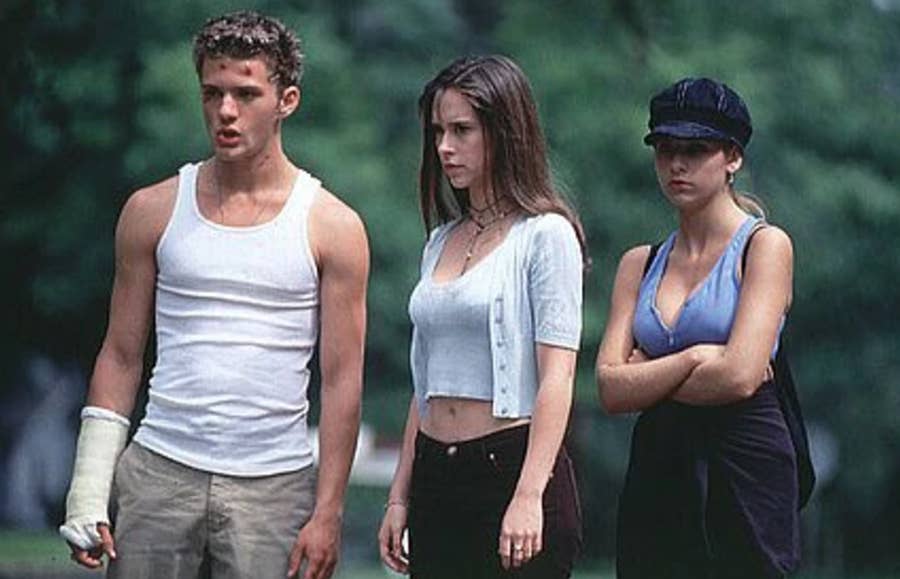 I KNOW WHAT YOU DID LAST SUMMER:
Okay, this was def a Scream knock-off, but as a huge Buffy fan, it was worth sitting through her future husband’s 2-dimensional acting.
.
.
.

ROPE:
Admittedly more a suspense film than a horror film, but it begins with a cold blooded murder, so imma add it anyway. This is hands down my favorite work within Hitchcock’s oeuvre, stars a gay couple (based off real life homicidal gay couple Leopold and Loeb), and is filmed in only 4 long shots. The gist is, these 2 young men have read too much Nietzsche. So to determine whether they are Übermenschen and can get away with murder, they choke a former classmate with the eponymous rope, then put him in a chest, set up a buffet on it, then invite all their mutual friends over for a party. The most suspenseful shot is after the party when the maid is clearing up the mess. Its a static shot of the chest as the maid removes all the dishes, folds up the tablecloth, and just as she’s about to open up the chest and revealing the body, one of the killers stops her and tells her to put the tablecloth in the closet. It’s easily the most suspenseful scene I’ve ever seen in cinema.
.
.
.
.

SLEEPAWAY CAMP 2:
One of my friends in high school who was a horror movie junky introduced me to this one. TBH, I only remember the ending, where the final shot shows this character we thought was female has a penis. I’d not even remember how that tied into the plot. I just remember how random it was.
.
.
.
. 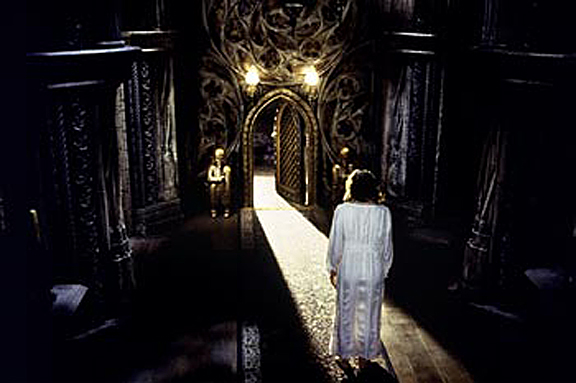 THE HAUNTING:
Another film my ex showed me for the first time. It was memorable to me for 2 reasons. 1). It featured this intense scene where a ghost sexually assaults the female protagonist. 2). The paranormal scientist was played by one of my acting teachers back in theater school, so I automatically have a fondness for it.
.
.
.
.

SCARY MOVIE 1 AND 2:
I grew up watching In Living Color as a kid, so a Wayans brothers parody of one of my favorite movies was awesome to me. To this day I still quote Brenda in the movies when I tell people to get “outta ma face.”
.
.
.
. 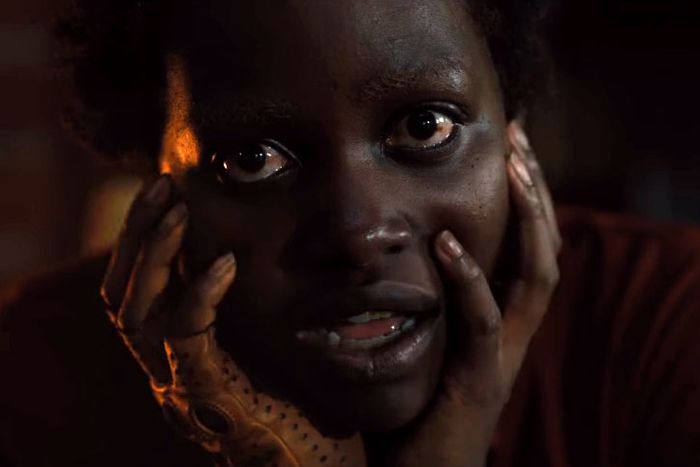 I’m a big fan of Jordan Peele, and I love the discussion he created with Get Out. So when Us came out, I was initially disappointed by its lack of statement. Then as I was mulling it over the next day, I realized this is a story starring a woman of color and her family as the leads. The story wasn’t about their race. It could have by any race. But by casting a black nuclear family, it set a precedent of normalizing minority leads for Hollywood. That’s a statement.