Hunter’s Moon arrives on DVD and On Demand in March!!

A home invasion thriller with unexpected horror twists and turns, Hunter’s Moon arrives on DVD, Digital, and On Demand March 24 from Lionsgate. From director Michael Caissie and an executive producer of Live Free or Die Hard, 16 Blocks, and Hostage and starring Thomas Jane, Jay Mohr, and Sean Patrick Flanery, the Hunter’s Moon DVD will be available for the suggested retail price of $19.98.
.

Thomas Jane (The Mist) and Jay Mohr (Suicide Kings) star in this chilling home invasion horror thriller. When their parents leave town, three teenage girls decide to throw a party in their new country home. But when a gang of dangerous local boys with sinister intentions turn up, the women are forced to not only defend themselves from the evil inside of the house, but an unseen bloodthirsty predator that is hunting them one by one outside of the house. 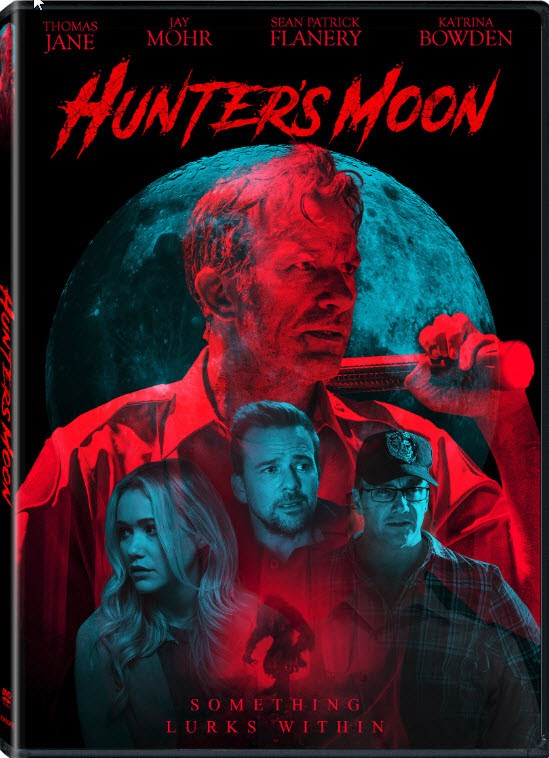