Today we have a interview with a professional wrestler and actress by the name of Katarina Leigh Waters. She is best known for her time in Professional Wrestling, even wrestled for WWE Wrestling. For acting, she was in a tv movie for Mortal Kombat, Red Light Diaries Tv series, Amanda and the Guardian movie, Zombies in the Basement short film, Crossroads movie, Till Death do we Receive short, Karate Kill movie, Sickness movie, Killing Joan movie, Scratch movie, Middle of the Night movie, Redcon-1 film, Malady film. She also has a couple shorts in pre production. Here is our interview with Katarina Leigh Waters: 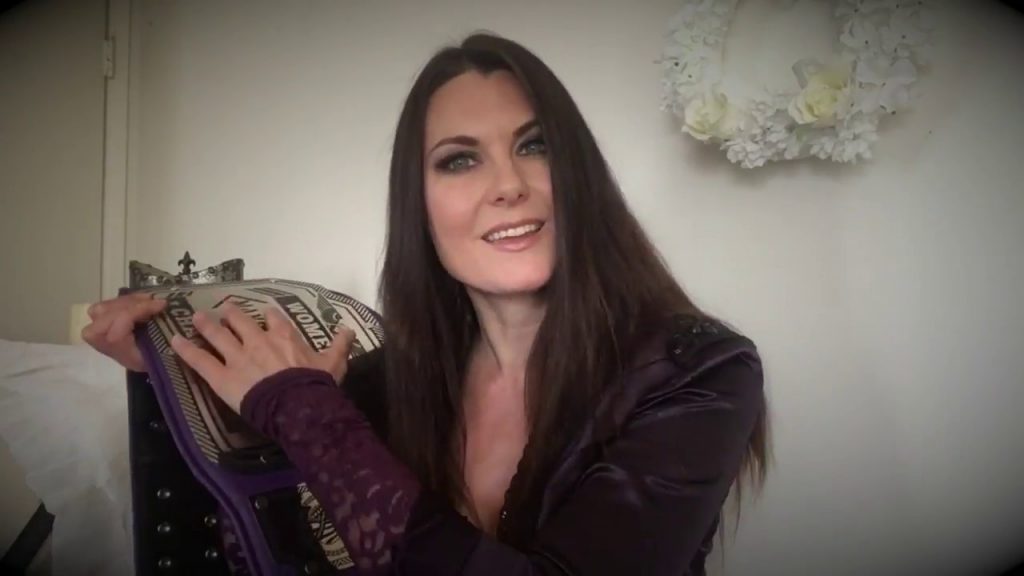 HELLTER: You are a professional wrestler and a actress. How did you get into wrestling and who were some of your favorites?

KATARINA: I was a big fan of professional wrestling, but didn’t know that an independent scene existed until I saw a British show advertised, completely by coincidence. I went to go see it and approached the wrestlers afterwards about how I could get into it myself. As per their advice, I found a school and started training. Some of my favorite wrestlers at the time were: Diesel, Bret Hart, Shawn Michaels, and Razor Ramon.

HELLTER: What was the experience like and emotions for you getting signed by WWE and how did it happen?

KATARINA: I went to a tryout and was luckily enough to get signed. I was very excited!!!! 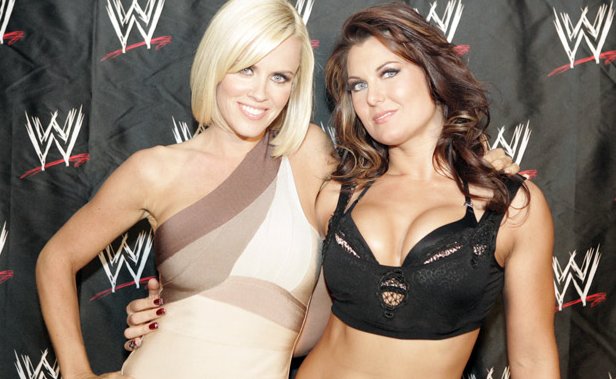 HELLTER: What were challenges you faced as a Woman wrestler in WWE? Pro Wrestling was always known as a male dominated sport and luckily recently, the women have got a lot of airtime and putting on some amazing matches and are recognized now. At the time, did you have to work extra hard to get noticed by Vince and the fans?

KATARINA: I didn’t feel like I had to work harder to get noticed per se, since there were less of us at the time-, but there were times when I felt we weren’t getting as many opportunities to showcase our talents in the ring. We got stuck in a lot of 6 Diva Tag matches, where each of us might have gotten about a minute in the ring. That being said, I got to do some really cool stuff too, such as the inter-gender handicap matches Paul and I had, my feud with Mickie James, and the angle with The Boogeyman.

HELLTER: Do you watch any WWE today and are you still active as a Professional Wrestler?

KATARINA: I hardly watch it at all to be honest, just because my life is so busy now. And yes, I am still active as a Professional Wrestler. 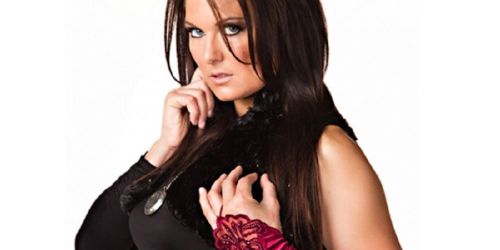 HELLTER: What inspired you to be a actress, and what do you prefer more, acting or professional wrestling?

KATARINA: I have loved acting since I was a kid. It was just something that I naturally gravitated to. Also, my parents have both been performers on stage, so we saw a lot of live Theatre and there was always a certain magic about it for me. I would say acting was my first love, and professional wrestling second.

HELLTER: Can you tell us a bit about your character in Karate Kill and what interested you the most about the role for this film?

KATARINA: I play Simona- she is the evil cult leader Vendenski’s right hand hench-woman and evil in her own right. She enjoys torturing her victims and loves to fight. I knew immediately the character would be right up my alley. She was so much fun to play. As for the film in a whole, I loved it- not just the days on set but also when I finally got to watch it. Of course, it is action packed, but more then that, there is a lot of tongue in cheek humor and off the wall characters that make the film a really unique and awesome experience. 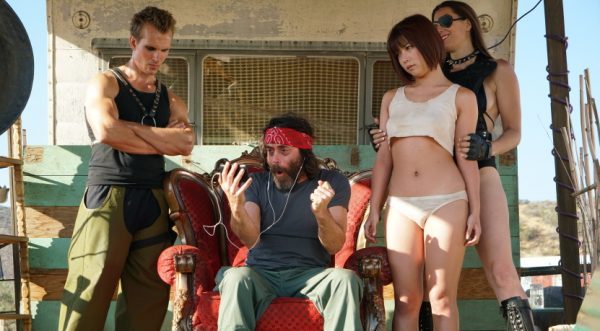 KATARINA: Wonderful! Kurando was really great in that he knew exactly what he wanted and had a really strong vision, but at the same time, gave us so much freedom to play and explore. Hayate- is just lovely, very polite and friendly and an amazingly talented martial artist. It was awesome to work with and learn from him.

HELLTER: You did a horror film called Sickness, can you tell us what the movie is about and who your character is in it?

KATARINA: Check out IMDB for the plot of the film. The film was pretty shot when I got involved. And my scenes were initially just supposed to be little book-ends, although we added more later to expand my role. Basically my character is a young woman who does some bath salts at a party-which then somehow turned her into a crazed killer. I have a fun little scene with Brian O’Halloran as my dentist, if you could believe that. He is great in this. 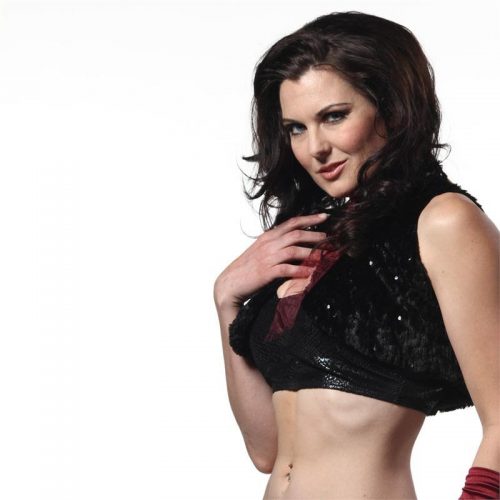 HELLTER: In 2012, you were involved with yet another horror film called In the Woods. You play a wolf. Can you tell us about that?

KATARINA: That was just a test shoot, we never actually shot the movie.

HELLTER: Did you do all your own stunts and fighting? And do you think wrestling training helped you in your fight scenes?

KATARINA: Yes and yes. But I also have experience in MMA and Stage Combat and had done quite a few choreographed fights for different films before this-so even though this style of fighting is very different from professional wrestling, it wasn’t entirely new to me either. Of course every fight choreographer has his or her own style, so I learned a lot on this film too. 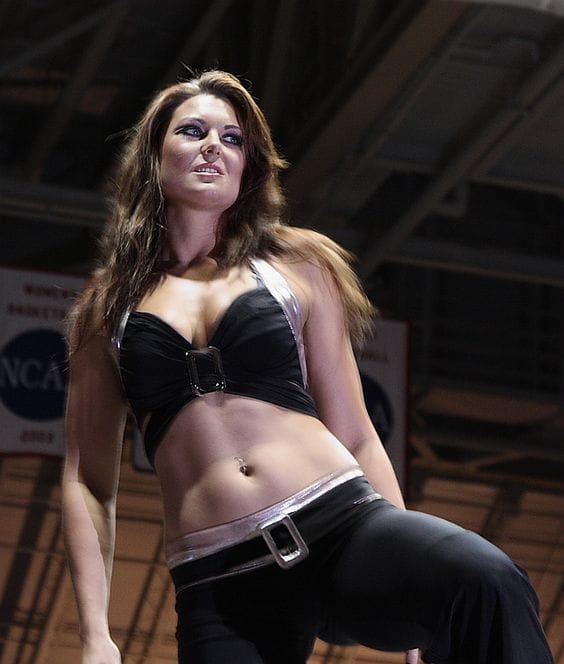 HELLTER: Do you enjoy horror films, and if so, what are some of your favorites?

KATARINA: I wouldn’t say that I am a huge fan of horror films per se. But some of my favorite movies that happened to be in that genre are: Near Dark, The Others, and The Shining.

HELLTER: If you had to pick any female wrestler past or present to wrestle in a Steel Cage match, who would it be?

KATARINA: There are a few, but If I could only pick one, I would say Mickie James. I very much admire her as a wrestler and performer-she is extremely creative and gives it her absolute best every single time, which makes her an immense joy to work with. She is also a wonderful person and great friend. 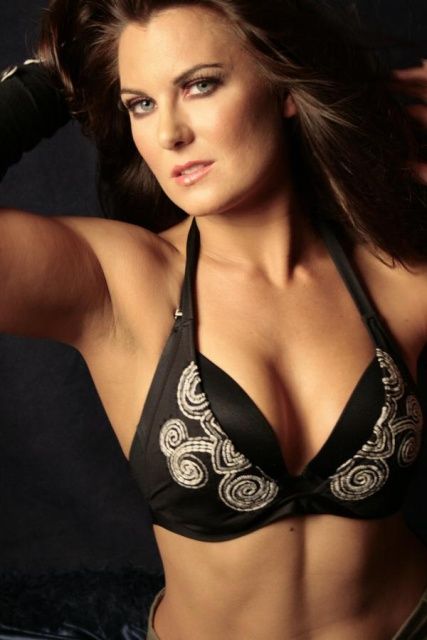 KATARINA: I have a zombie movie called RedCon1 in which I play Sergeant Kira Paige. It’s directed by Chee Keong Cheung and is pretty epic. And go watch Karate Kill, I hope you all like it as much as I did.