100 Acres of Hell is a slasher film, influenced by the golden age of ‘80s slashers. Shot and developed by Hank Leigh Hump and writer Jason Koerner, this film takes place in Foggy Creek.

Several friends head out for a fun camping weekend. But, legends of Jeb Tucker still haunt this land and he is waiting just over the next hill. Also, WWE wrestler Gene Snisky stars in this horror film, along with wrestling legend The Great Samu (Sam Anoai). Now, Indican Pictures will release this horrifying title in theatres and on Digital platforms this October.
In the story, Buck (Snisky) has recently suffered a career ending injury. On the mend, Buck returns to his home, where a group of friends are waiting for them. They all head out into the nearby woods, for a weekend of relaxation, until an ancient legend intrudes on their campground. This huge villain will test Buck’s resolve to recover and to just survive the night.

100 Acres of Hell will show in several theatres, on October 8th. This initial, ten theatre screening will be followed by a wide release on Digital platforms (Oct. 15th). To celebrate the film’s launch, the official artwork is available now, along with a previously released trailer. Fans of horror will not want to miss this brutal matchup, between two of the WWE’s greatest icons, this October! 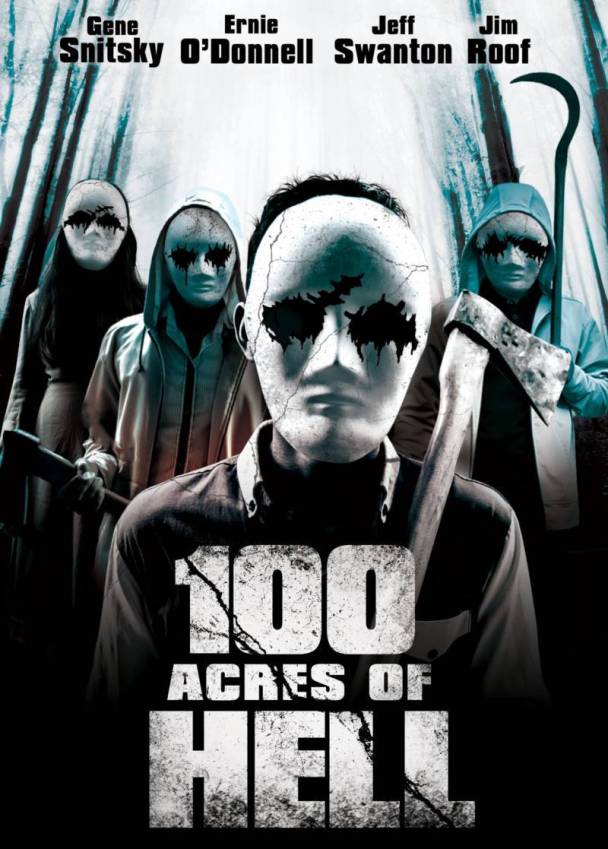