Gruemonkey’s Andrew E reviews 3 Lives, Check out his review below:

This film initially presents as a modern telling of ‘I Spit on your Grave’ that tells the story of a young girl who was raped/abused by several men. The film opens with a counseling session where we learn that the proposed victim Jo (played by Maja-Celine Probst) has since her attack been lashing out at the men who abused her. What is interesting here is that you instantly feel like you are being introduced to the lead, when the film shifts focus to that of the psychiatrist.

We learn through the psychiatrist Emma (played by Mhairi Calvery) during the session that she was also a victim of abuse when Jo probes her about a scar she has on her chin. Fast forward to after the session we see Emma on an innocent jog where when she stops to take a breath is kidnapped from behind by an unknown assailant.

We are then introduced to two men who appear to have been kidnapped in a cave. Ben (played by Tyron Ricketts) appears to be the more forward thinking of the pair and manages to escape his restraints and frees his kidnapped friend Jamie (played by Martin Kaps). When Ben removes Jamie’s sack (that has been placed over his head) they both realize that they know each other.  In the distance, they hear the scream of a woman which upon discovery is revealed to be a caged and beaten Emma. When Ben attempts to open Emma’s cage Emma begins to have flashbacks of an attack (potential rape) that she had been through causing the scar on her chin and she believes that Ben is, in fact, one of her attackers and tries to shut herself back in the cage. 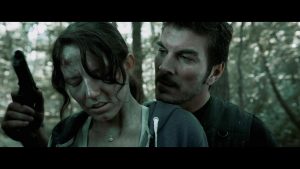 The 3 eventually escape and begin a cat and mouse chase with the 3 male kidnappers through a hill ridden woodland area. The attackers appear relentless in their pursuit and they are armed.

There is some lovely chase and fight sequences to keep audiences on the edge of the seats. Our three escapees fight with all there might to survive against their armed assailants. What I like about this movie and don’t worry I won’t ruin its plot it is the exciting plot twists, and character developments that link their stories which is the most rewarding part. 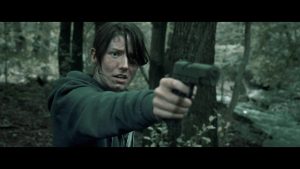 3 Lives faultlessly examine the horrors and post-traumatic disorder following sexual assault and the impact that can have on personalities. The plot is solid aside from the occasional giggle at kidnappers (which I am not sure if it is intended or not), and the performances from Calvey, Ricketts, and Kaps is superb. If you like the edge of your seat action and tension, chase and good quality acting this film are for you. 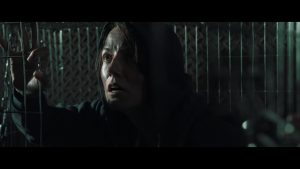 3 Lives on DVD and Digital August 6. 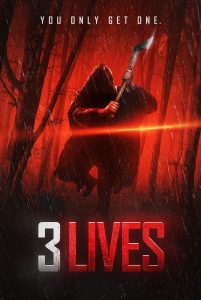