Hey my Grue-ling’s, you’re old pal Uncle Ani here! recently I got to sit down with Blood Shed site owner, horror producer, writer, and comic book creator (Man does this guy stay busy!) Johnny Macabre for a one on one about his newest creation, I Bleed Indie, a streaming rental service for Indie horror flicks!
I’ve known John for close to four years now and lemme tell ya, this dude is a hard working mofo with a love for all thing’s horror. Read on and see what old Johnny has to say about his new service, Indie films, and why mainstream horror sucks!

Ani: Good to have ya here John! So let’s start with the basic’s, what got you into horror?

John: I was always super sheltered as a kid. Never got to see much in the way of horror films. But one Halloween when I was 16, my dad let me watch the first Halloween and it just clicked.

Ani: Late bloomer like me self. Ya got a fav film?

John: Not really. Just too hard to pick just one. I have several favorites, like Aliens, Dog Soldiers, American Mary, The Blair Witch Project, or Goodnight Mommy. But all for different reasons!

my dad let me watch the first Halloween and it just clicked.

Ani:  I can dig it. Like naming a fav kid. So this is probably obvious, but why not ask: What is it about Indie horror that you like verses mainstream?

John: In a word, creativity. Mainstream gets stuck in these ruts. Hell, we’ve been seeing people squeezing from the teet of Paranormal Activity for over a decade with non stop ghost and demon movies. It gets so old! Indie is where the true creativity is! No big corporate boardroom pulling the strings and putting the bottom line first. I am talking about art!

Ani:  OOH-AH! Er…sorry, got caught up in the moment…ahem…Your starting a first of it’s kind Indie horror rental service, I Bleed Indie, can you tell us how that came about and how it works? 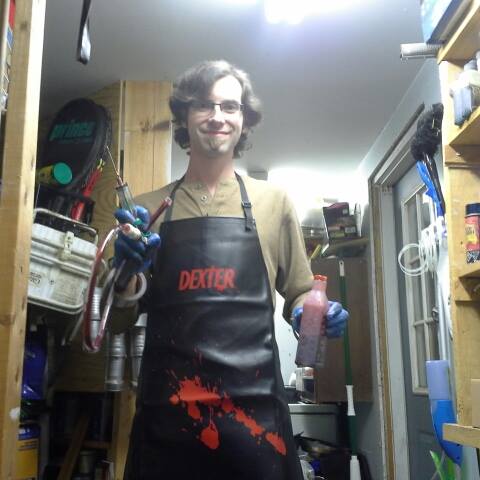 John: It’s an idea I have been toying with for a while. I really locked on to what I wanted to build after talking to some film maker friends who self distribute because they don’t want to deal with agents and distributors. I realized that people like that really don’t have a VOD option outside of a Vimeo or Youtube channel. So why not create that site that at once brings all of these films together to build off of each other while avoiding the contracts and steep percentages they are trying to avoid? That is why we give film makers 90% of revenue, let them keep all rights to their films, and all of the agreements are non exclusive and film makers can terminate them at any time! We also accept short films, which is a rarity. We will be renting these films out at ibleedindie.com which will be launching on Halloween.

Ani:  Nice! Sound’s good. How has the Indie horror community received I Bleed Indie so far?

John: Very well! We already have 129 films confirmed, blowing out initial goal of 100 features out of the water! These are a slew of film makers and also several distributors who specialize in indie films.

people (Indie Filmmakers) like that really don’t have a VOD option outside of a Vimeo or Youtube channel.

Ani:  The landscape for how we receive films and other forms of entertainment is changing rapidly. Do you see streaming as the future?

John: I do, but I don’t think physical media will ever go away completely. There is a very real demand from the collector niche who want that physical object they can display on their shelf.

Ani: Yeah, I still collect VHS. What are you’re long term plans for I Bleed Indie?

John: For it to be the largest online collection of horror films on the internet! Shudder claims to hold that title with about 450 films. I view this number as VERY beatable. We will also eventually look into apps and Roku. Eventually we may even consider looking into selling films on top of renting. 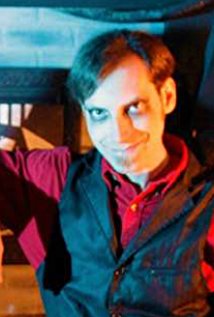 Ani: I know your a busy guy, running a website, doing cons, producing films, and now I Bleed Indie; any other projects or plans for the future we should be on the look at for?

John: We are currently working on the 2nd issue of our comic We Kill The Dead as well and editing out first para doc on the local legend of Pigman Road here in New York.

That about wraps it up. Thank you John for you’re time and best of luck with everything!
Don’t forget to peep ibleedindie.com come Halloween night and also the I bleed Facebook page HERE for updates.
Oh and swing by John’s groovy site, Grue’s brother site, Theblood-shed.com!

Marvel’s Star Wars is throwing Jedi into a Horror Movie!!

THEM Trailer and Info!!