We have a very very special interview today. We have horror icon Bill Moseley. Bill joined Mark Mackner of Gruemonkey to discuss his latest film that he stars in with Nicolas Cage called Prisoners of the Ghostland. He also discusses Rob Zombie, House of a 1000 Corpses, Chop Top, Philadelphia, and more. Great interview. Super nice and chill guy to talk to.

For those of you who don’t know who Bill Moseley is (I don’t know how you won’t know him), he is a actor and musician who has starred in a number of cult classic horror films, including House of 1000 Corpses, Repo! The Genetic Opera and The Devil’s Rejects. His first big role was in The Texas Chainsaw Massacre 2 as Chop Top. On the HBO TV series Carnivàle, Moseley had a recurring role as camp cook “Possum”. He has released records with guitarist Buckethead in the band Cornbugs, as well as featuring on the guitarist’s solo work.

Here is our interview with Bill Moseley: 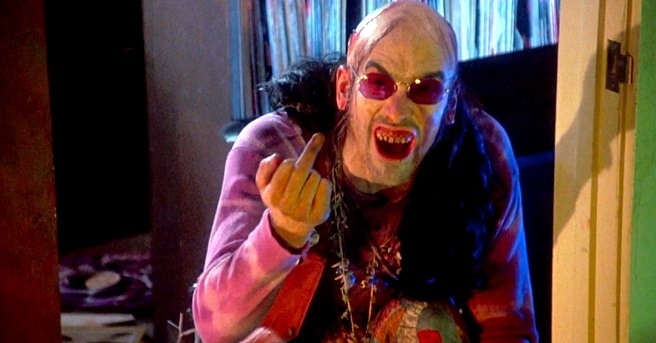