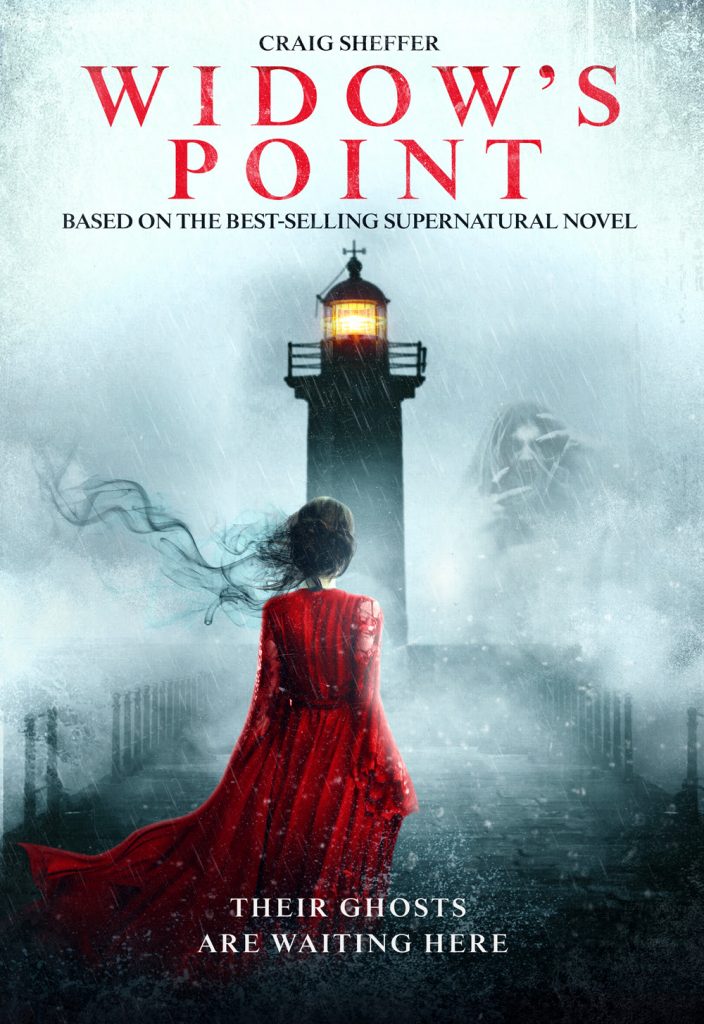 Widow’s Point, Gregory Lamberson’s highly-anticipated, award-winning adaptation of the book of the same name, premieres on DVD and Digital in the USA and Canada September 1 via 101 Films.
Craig Sheffer (A River Runs Through It, Nightbreed) leads the cast of the film, alongside KateLynn E. Newberry (Homecoming Revenge).

Widow’s Point follows a writer who spends a weekend locked in a haunted lighthouse to help promote his next book, where he is targeted by Supernatural forces.

Widow’s Point was reviewed by Rue Morgue ‘’Sheffer contributes an outstanding display of on-screen insanity…an absolute thrill to witness.” Peter Straub, New York Times bestselling author of Ghost Story, Shadowland and Mr. X commented ‘’Greg Lamberson’s WIDOW’S POINT offers what is very nearly a solo showcase to Craig Scheffer, who responds with bellows and rants, mutters and whispers, and otherwise by strutting his stuff through this lively horror cut-up.” and Delirium Magazine ‘’Lamberson unleashes what may be his finest work to date – at least, his most elegant and restrained.…embedded in a haunted-lighthouse yarn that creeps under the skin and stays there.”

Widow’s Point will be available 9/1 on DVD and Digital via 101 Films.

**Official Trailer** From the Creator of ‘Final Destination’ – ‘DON’T LOOK BACK’!!