Monstyr Reviews: Her Name was Christa

When lonely dude Stephen takes his coworker’s advice to give hookers a try, he ends up meeting the hooker of his dreams in Candy/Christa. Rather than a “wham bam thank you ma’am” one night stand he opts for the “Girlfriend Experience” in which one pays a prostitute to pretend to be their girlfriend. Something I def only heard of and never experienced…

As the weeks go by, and Stephen continues to pay his “Girlfriend”, something unexpected happens, they fall in love. When tragedy strikes though, Stephen is forced to decide how far he’s willing to go to keep his new love in his life.

So what do you get when you mix “Pretty Woman” with “Can’t Buy me Love” and add in a dash of horror? Well, you get “Her Name was Christa”. 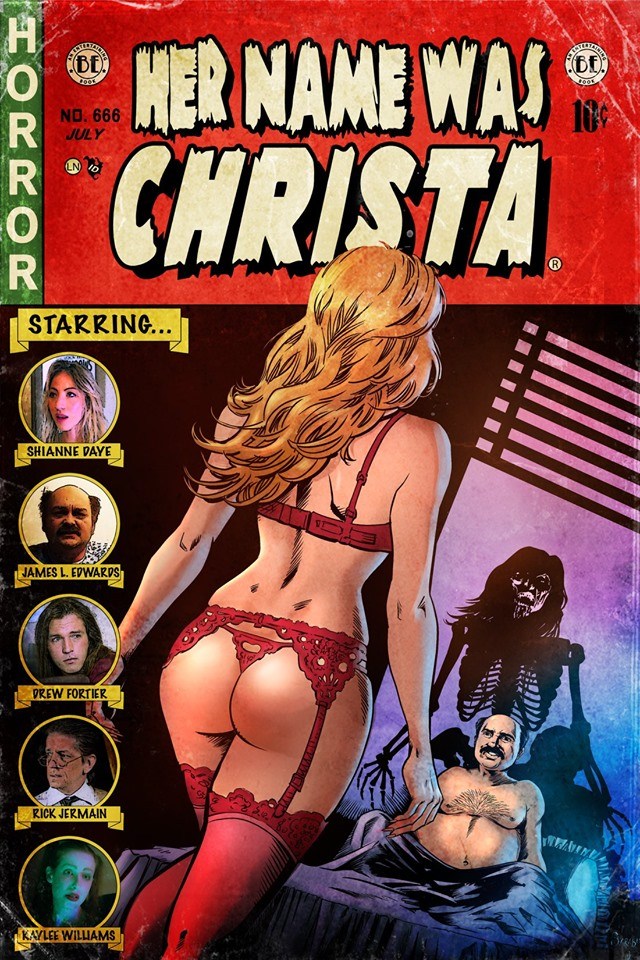 Directed by and starring James L Edward in his directorial debut, HNWC is an odd little film that will def be an acquired taste for some. For my part, I really dug this one. Maybe I’m just  a sucker for a romantic tale involving hookers.

As mentioned, Edwards does double duty, acting and directing. For the role, he shaved his head and grew a mustache to give himself that sad 40 something look. He ends up looking like a cross between Super Mario and the Greenriver Killer. Edwards is no stranger to acting having been in a slew of 90’s B horrors and while his acting here isn’t gonna win him an Oscar, he manages to give the character of Stephen a personality. I did end up feeling for the guy. Edwards manages to keep Stephen from crossing the line from pathetic to creepy.

Shianne Daye plays the title character Christa, the hooker with a heart of gold. Her acting is a tad stiff at times, but like Edwards she manages to give Christa a personality. We meet other hookers before she appears, but the moment we are introduced to her it’s clear she’s different. Daye manages to make Christa come across as a strong and intelligent woman yet sweet and vulnerable as well. 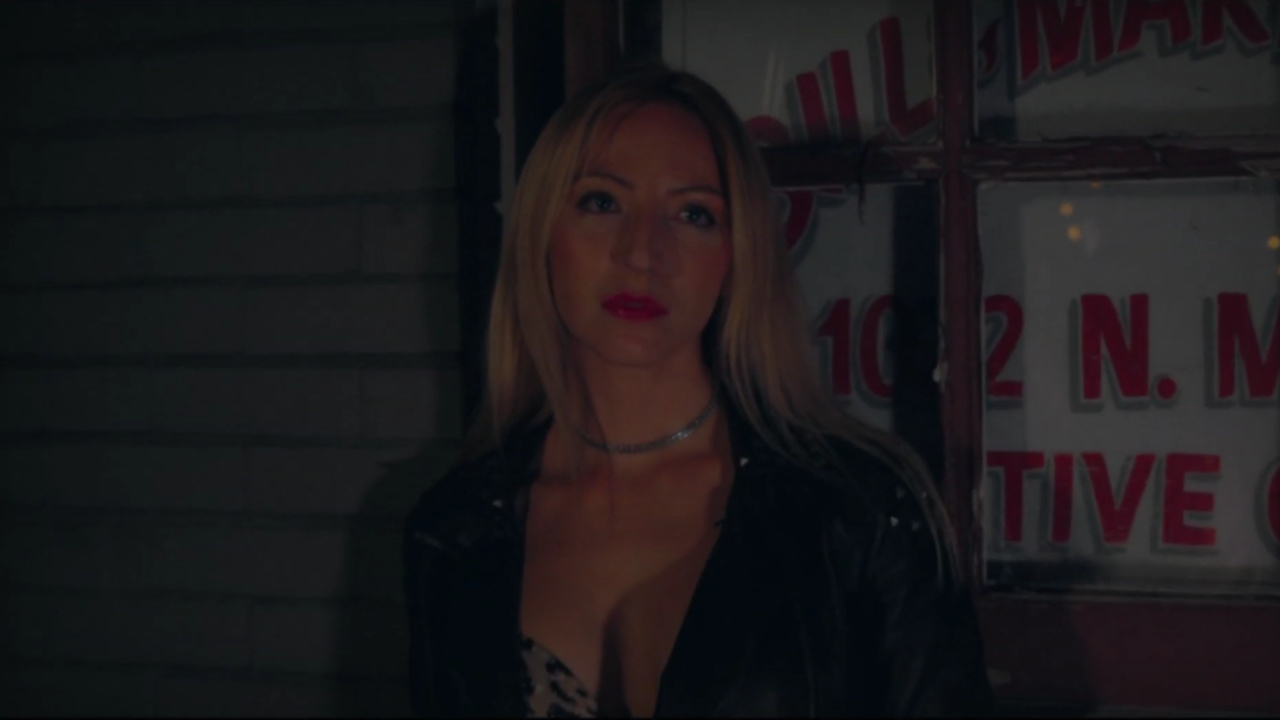 Given that the two of them had to carry the movie, I have to give them respect because they kept me going till the end. They def have chemistry which helped sell the situation.

Some have pointed out that the horror element was absent most of the film and that’s because it is but intentionally so. Edwards uses most of the film to develop the characters and slowly build up their relationship. Except for a few tense moments, most of the film comes off as a sorta black romantic comedy which I think was a brilliant move on Edwards part given the film’s twist. In order for the viewer to get maximum impact when the twist hits, we need to know and care about these characters else it all falls flat. I mean, the filmmakers are asking us to believe that someone like Christa could fall for someone like Stephen. While not impossible, the Beauty and the Beast type romance does happen in real life, but it’s still a stretch. If we aren’t able to buy it, the film falls apart completely and the twist loses all its sting. While I won’t say it was executed perfectly, as bizarre as it all was, I was able to accept the romance after a while, so for me at least, mission accomplished.

That brings us to the twist. No, I’m not going to reveal it as that would ruin what is arguably the best part of the film. It comes fast and furiously and is pretty disturbing. A real bitch slap. Did it shock me? Nah, I’m a horror vet and seen worse, but it def made me feel some kind of way given that I was made to actually care about these fucking characters to the point I was rooting for them. To be honest, in the end, I felt more sad than anything and I really think that was Edwards goal. If so, job well done bro! 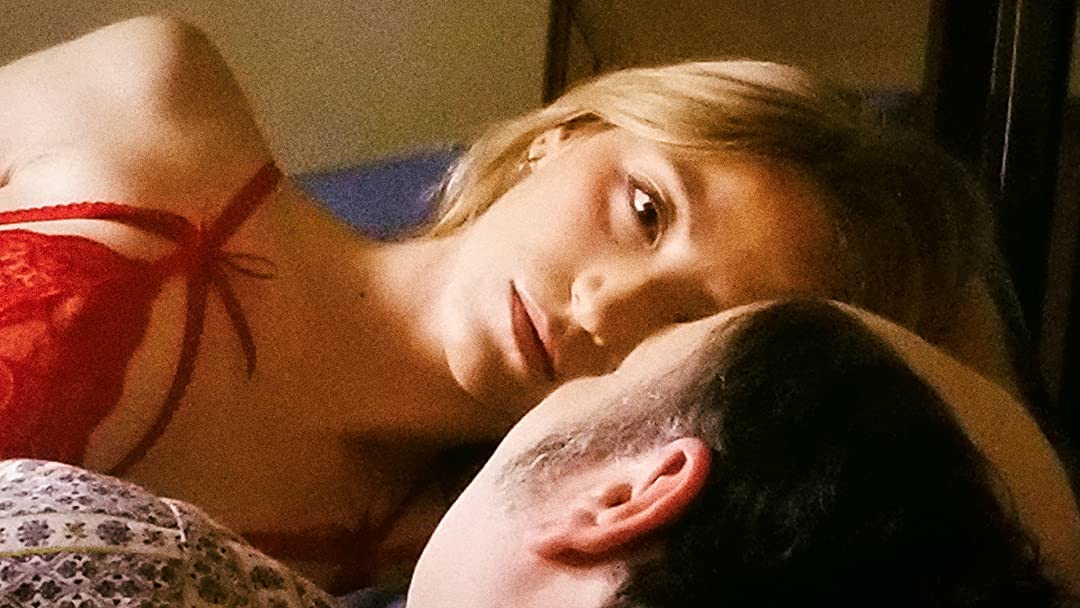 I have to say I dug Edwards directing style. The entire film is a bit of a throwback to early 80’s horrors style-wise. Everything from lighting to synth music screams of films from that era. Those films always presented a sorta dirty lense look at the world and were unapologetic, and this film captured that well. Often this was done by accident due to the budget and may be the case here. Either way it works.

As for the bad? Well the film tends to run long. As I said, I appreciated the fact time was taken to fully flesh out the characters and their growing relationship, but there were def a few edits that could have been made to tighten things up. Beyond that, I don’t have too much to complain about. I mean it’s a low budget flick, so some things are beyond the filmmaker’s control. This may kill the film for some, others, like myself, will be able to look past the imperfections and enjoy the story. All about taste.

At the end of the day “Her Name was Christa” isn’t a perfect film, but it’s for sure an interesting one. Rather than follow common horror tropes it does it’s own thing. It reminds us that not all horror has to be jump scares or constant dread. Sometimes horror is just the fact that no matter how great things are at any moment life can knock us on our asses hard and not everyone has the strength to recover. Reality is seldom fair and this flick embraces that.

I give this little ditty 3 out of 4 Grues. It’s got it’s share of flaws but in the end, it’s different and strange enough to deserve a viewing. I mean it’s kinda the perfect date movie. She gets the romantic story, he gets some nudity and blood. Win-win I’d say.

Actually, I’m just fucking with you, DO NOT make this a date movie unless you don’t plan to get laid when it’s over as the last act will likely kill the mood unless that kinda shit is your bag. No judgment here….freak.

Now if you’ll excuse me, I wrote this after sleeping with a hooker and I left her in the other room and told her to keep clapping her hands till I returned. She stopped clapping halfway into this and I have a feeling she’s no longer here nor is my wallet and jewelry.

Ani gonna have to choke a bitch!