Arriving on DVD & VOD on March 17th from Breaking Glass Pictures is a LGBTQ Zombie Horror film called By Days End. Directed by Michael Souder from a screenplay he wrote with Justin Calen-Chenn. Starring: Andrea Nelson and Lyndsey Lantz.

Carly and Rina, a lesbian couple on the verge of breaking up, are down on their luck and forced to move into a motel. But mending their relationship is put on hold when a pandemic disease that causes insatiable hunger ravages the world around them. Battling depression and a ravenous horde of flesh-eating zombies, they try to survive the apocalypse armed with only a video camera and a quickly dwindling supply of weapons. Love is never an easy road, and when they are forced to band together like never before, will it be enough to save them? 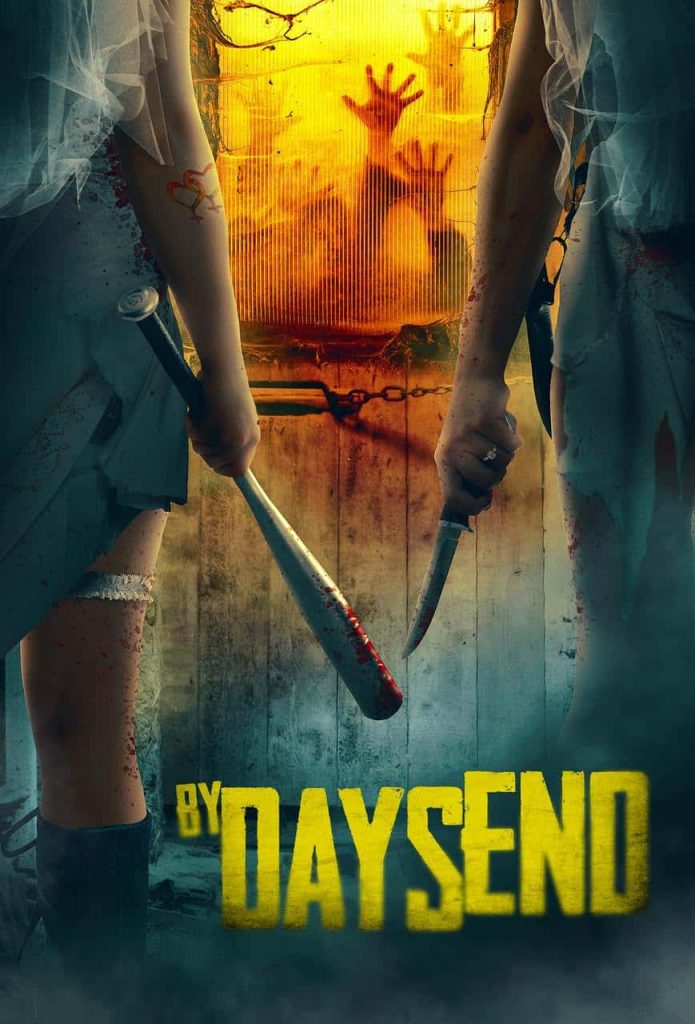