On DVD March 10, Exit 0 follows on a couple on a road trip, attempting to repair their failing relationship. Things take a turn for the worse when they stop at a hotel for the night, and discover a horrifying secret that threatens to destroy everything they hold dear.

Described as a “Hitchcock and Kubrickian hybrid” (The Hollywood Outsider) that is “oppressive, creepy and well done” (22 Indie Street) and “explores past psychological trauma and grief” with a “‘creepy hotel’ vibe” (Film Threat), Exit 0 stars Gabe Fazio (“A Star is Born”, “The Place Beyond the Pines”), Augie Duke (Messiah, “Bad Kids Go to Hell”), Peter Greene (“The Mask”), and Federico Castelluccio (The Sopranos).

A young couple who set out on a weekend getaway in hopes of mending their failing relationship. However, a seemingly innocent weekend turns dark when the man discovers a videotape chronicling the events of a murder in his very own hotel room from years before. 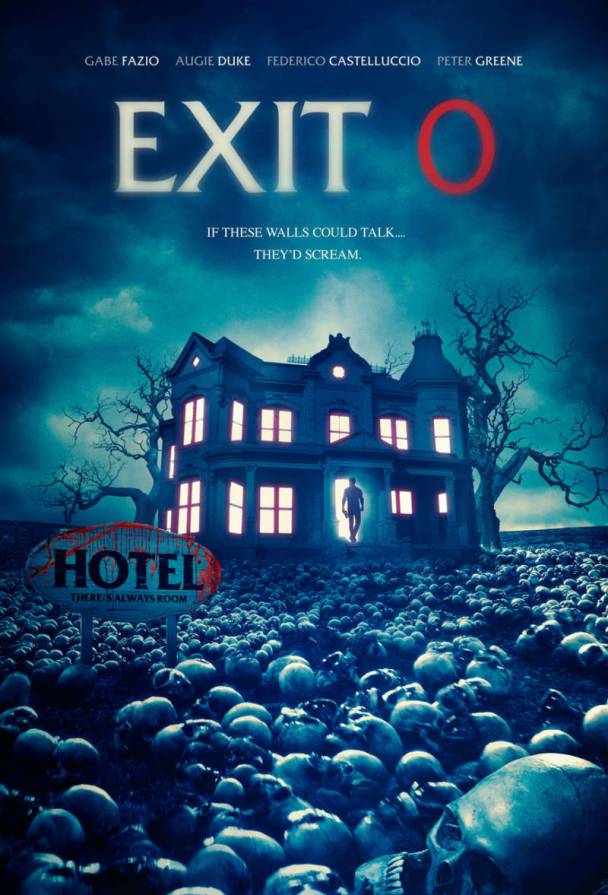