Submitted for your Approval: Are You Afraid of the Dark? (2019) review

Back in the early ’90’s, if you were a cool kid, you tuned into Snick every week, Nickolodeans two hour block that started at 8pm that was geared towards tweens/teens. A young Melissa Joan Hart navigated growing up on “Clarissa Explains it All”, “Roundhouse” provided sketch comedy, “Ren and Stimpy” both grossed us out and had us laughing our prepubescent balls off, but it was the final show of Snick that was always the main event. A little Canadian horror anthology series for kids called “Are You Afraid of the Dark?” 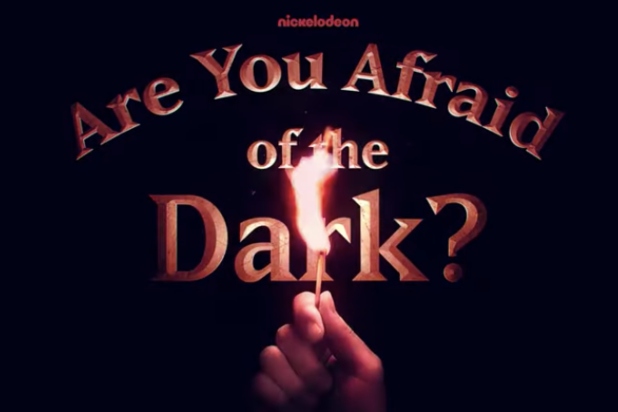 It wasn’t just that it was a horror show, it was the fact that it was a really fucking good horror show! It didn’t talk down to us and delivered interesting and intelligent stories, solid acting by known and unknown actors, and it was actually friggin’ scary! The creators of the show did not hold the fuck back, they aired straight-up nightmare fuel. Many kids may not have been afraid of the dark prior to the show, but they sure as shit were after viewing it!

I was and am a big fan of the series. It’s actually my second favorite anthology series behind the original “Twilight Zone”. It aged really well and as an adult, my ass still finds a lot to enjoy. So when I heard they were rebooting it as a mini-series I was dubious, to say the least.

Let’s face it, remakes have a bad track record, especially horror remakes. Plus I didn’t think there was any way in hell the creators of the new show would ever go balls to the wall with the horror as they did in the early ’90s. It’s a different era now, one where we water shit down and pussify our kids. I expected a mundane reboot that probably was PC as shit like just about everything else today.

As a fan though, and a co-owner of a horror site, I figured I needed to at least give it a try.

Well, I did. So what’s the verdict? 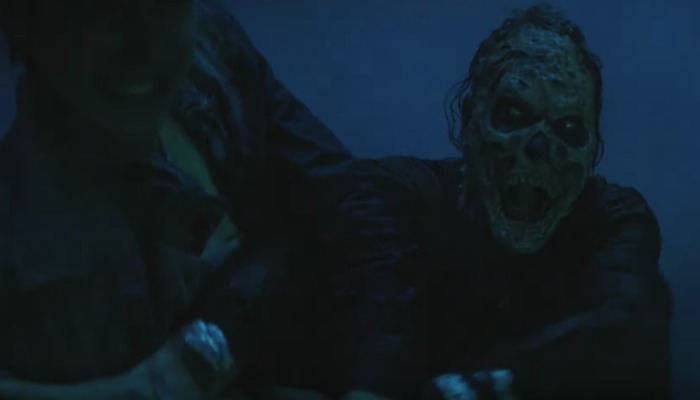 To say I was pleasantly surprised is an understatement! So far (It’s only 2 episodes deep as of this writing) the reboot has managed to live up to the original while doing its own thing. The original show had a wrap-around involving a bunch of kids who gathered around a campfire in the woods once a week to tell scary tales. They’d meet, chat, then tell a story which made up most of the show. When the story ended we’d come back to the campfire for some more banter then the show would end. The new show goes in a different direction that actually works. The Midnight society is no longer just the wrap-around, the show now revolves around them as they contend with one of their stories becoming reality.

Liliana Ray stars as Rachael, the new girl in town who has a thing for horror. She gains the attention of a mysterious group who test her horror meddle. When she impresses them, they invite her to join The Midnight Society. Each member is fleshed out and played capably by a talented cast of young actors, thus making them very likable and interesting. Jeremy Ray Taylor who played Ben in “It” is easily my favorite, he’s a wise-cracking horror fanatic you can’t help but love. Especially as he reminds me of a young me! 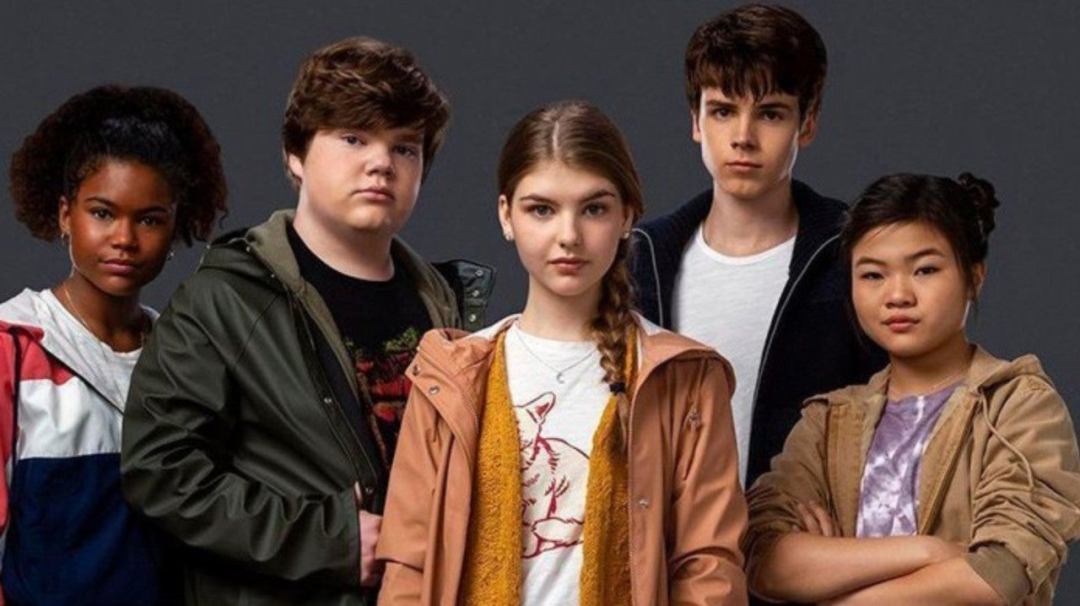 As for the horror itself? As I said, it doesn’t hold back, we get some very unsettling scenes along with some great grotesque practical effects. I can see Rafael Casal’s Mr. Tophat fueling a few kiddies nightmares. I’m an adult (Mostly) and dude gave me the heebie jeebers.

Things move along at a good pace and I never felt bored. Both modern and classic horror tropes are used to great effect. It’s just a well-told and a well-executed story that isn’t interested in political bullshit or coddling. Modern horrors really need to take note. This is how you do it!

Did I mention the show references classic horror quite a bit? The writers are clearly fans and made sure to share their love for it. I mean, the fucking show opens by paying homage to the opening scene of the original “A Nightmare on Elm Street”, having the Rachael character running through a boiler room in a nightgown as an unseen entity chases her, rubbing its long fingers across pipes. It’s done incredibly well. Oh, and each member of the midnight society has the last name of famous horror directors. Carpenter, Fulci, Coscarelli, Raimi, and Akiko. These are not references kids will readily pick up, which means the creators knew adults would tune in too. The show is very layered in this way. It’s geared towards kids but delivers something for the adult crowd as well, just like the original. 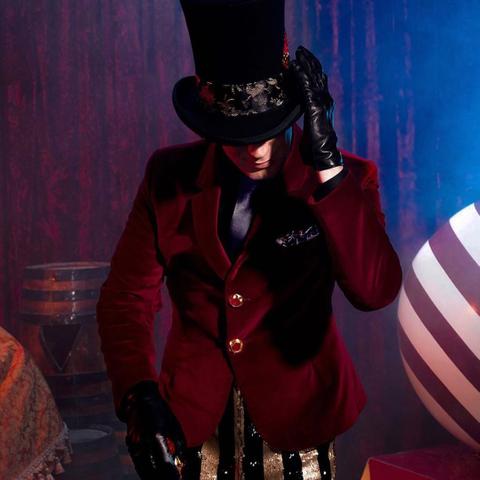 I can’t say enough good things about this reboot. No, it’s not perfect, but it hit all the right notes for this horror hound and tickled my nostalgia funny bone to boot. I am so looking forward to the next episode. As of right now, this is just a mini-series, but rumor has it that if it does well, Nick will turn it into a series. Let’s hope this one keeps delivering so we can get that series as I would not mind at all tuning in for more.

Mucho props to the creators of the reboot. They managed to capture the spirit of the original while doing something new and exciting. This keeps up and a whole new generation of kids will have a very good reason to be afraid of the dark. Nuff said!

Are You Afraid of the Dark airs Fridays at 7pm on Nick. 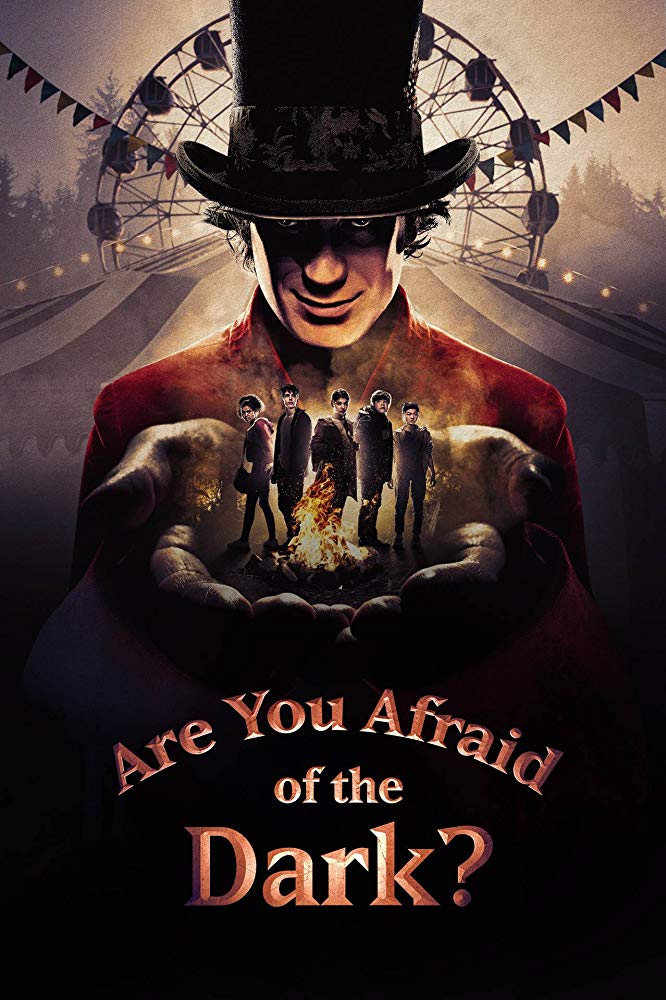 Are You Afraid Of The Dark? Premiere Event October 7th!!

Creepy new trailer for Are You Afraid of the Dark?