Today we have a great interview for all you Nightmare On Elm Street fans. We have the actress who played Jennifer in Dream Warriors, Penelope Sudrow. Who can forget the classic line and classic scene from Nightmare On Elm Street 3: Dream Warriors that Jennifer and Freddy Krueger share together. She is trying to stay awake and bangs the TV, here comes Freddy out of the TV: This is your big break in showbiz, Welcome To PrimeTime Bitch!!!  Love that.

Besides being known as Welcome To Prime Time Bitch. Penelope has done other films. She has been in numerous tv series including The Waltons and Friends. She has been in films such as: Fire with Fire, Dead Man Walking, After Midnight, Special thanks in Freddy vs Jason, and The Heart of No Place. She also appears in the documentary Never Sleep Again: The Elm Street Legacy. Here is my interview with Penelope Sudrow: 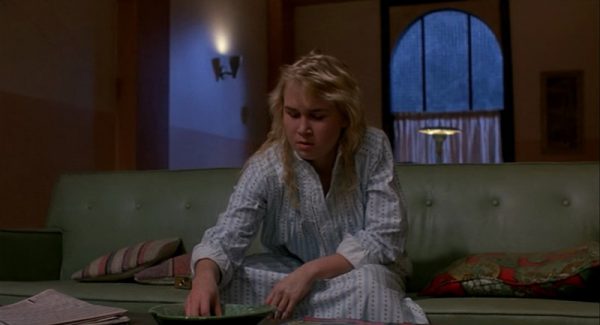 HELLTER: How was the audition process for Dream Warriors and how did you land the role of Jennifer?

PENELOPE: The “process” was the same as any other audition process. Nothing unique. Just go, do the scene, see if you get called back. That’s all.

HELLTER: Was it hard to play a role of a young woman who is suffering mental issues and being in a Mental Institution? Did you do any preparation for that role?

PENELOPE: I wasn’t aware of my character “suffering from mental illness”, that was never discussed. I always prepared for my roles the same way, stepping into their shoes. 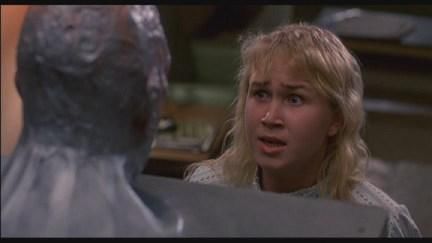 HELLTER: What are your thoughts when Dream Warriors turned 30 and how the film still has a huge following?

HELLTER: When did you watch Dream Warriors last?

PENELOPE: It’s been a while, but I’d like to see it again! 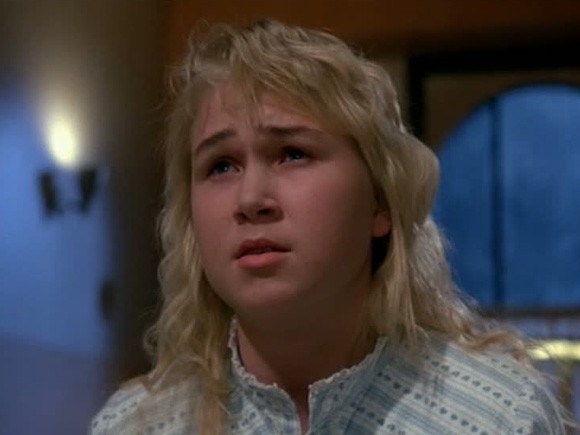 HELLTER: What was your experience like working on Dream Warriors?

PENELOPE: I’ll have to watch it again before answering that question…sorry!! (Laughs).

HELLTER: Your thoughts on Jennifer being involved in what many fans feel is the best scene and best line of the whole franchise series. This is your big break in show biz, Welcome to Prime Time Bitch?

PENELOPE: I think it’s an honor for me, and I am very lucky to have gained some kind of cult horror film status I guess you could say. I never knew this about my role until just a “few” years ago. I feel honored, and moved for some reason. (Laughs).

HELLTER: How was it like working with Robert Englund in that memorable scene, the line, and your head going threw the TV?

PENELOPE: I took my acting jobs very seriously, in that I knew I had to deliver because I was working professionally and getting paid. I looked at all of my roles that way back then. Someone put their faith and trust in me to work on their projects so, I would just focus very seriously on doing my very best. Kind of a tunnel vision, I don’t remember much else except getting through the scene as genuinely as possible and delivering the best “product” I could for the producers whom had hired me. I think Robert even commented on me being a “very serious actress”. I was probably too serious, but, that was then and I’m not so much so anymore (Laughs). So, I really don’t remember much else than that. 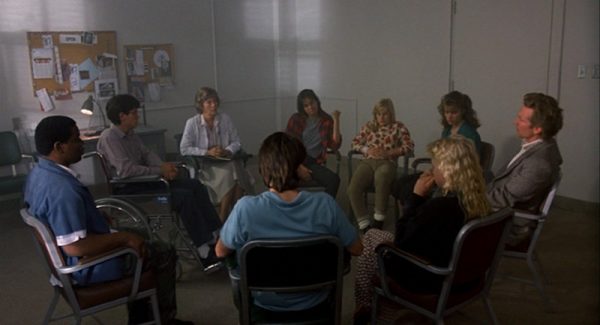 HELLTER: Best memory on working on the film?

PENELOPE: The best “memory” about working on this film, are the “memories” now of doing conventions etc.

HELLTER: When you first filmed Dream Warriors did you ever imagine it would have a huge cult following and be named probably the best of the Nightmare series?

PENELOPE: No, absolutely not. Not in a million years did that thought ever even cross my mind. As I have said many times before now, I didn’t even know nor have any idea, until around 2008 that I was part of something big that had a “cult following” and that I had fans etc. I wish I had known of this earlier in my life!!

HELLTER: Do you still stay in touch with any of your Dream Warriors cast?

PENELOPE: I have gotten back in touch with them in these last few years, doing the conventions. It is nice to be part of something like this, and sort of “belong” somewhere somehow, have a “clan” of some kind I guess you could say. 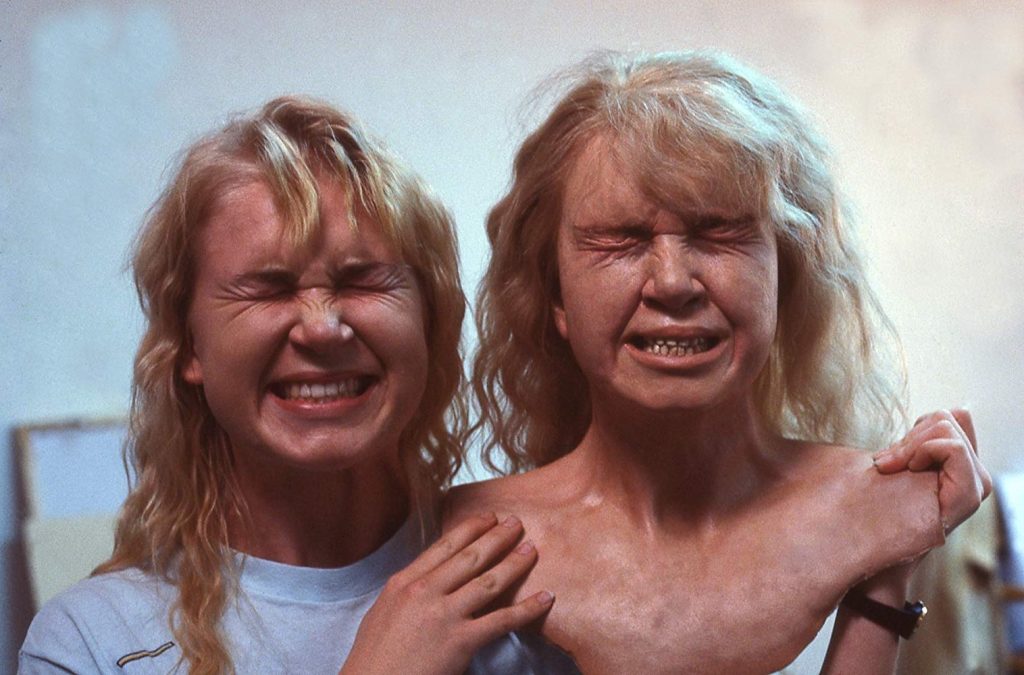 HELLTER: How was it like working with Heather Langenkamp and Laurence Fishburne?

PENELOPE: I did not work with Heather directly much. I am honored to be in a scene with Laurence Fishburne as I am a fan of his!!

HELLTER: You did alot of roles in Tv series. What has been your favorite role so far in a TV series?

PENELOPE: Well, I am proud of every job I got and did! I was a very hard working little person, and took on a lot of responsibility as all child actors do.
One Day At A Time was fun, and it’s fun to watch myself so young. I am honored to have been in so many iconic TV shows from the 70’s and also the Variety Shows I did as a tap dancer. Those are my favorites for sure!! Getting to meet and work beside such luminaries as Gene Kelly, John Denver, Danny Kaye etc…was wonderful and I will always treasure those times and opportunities in my life. John Denver was a sweetheart and Gene Kelly was a true class act and gentleman. I feel really honored to even be able to make those kind of comments! Not everyone can!! I just wish I had some copies of more of the work I did.

PENELOPE: Well, sure, I would like to promote my web-site (https://t.co/neWXmaTlbY) and various causes I am working on. I cannot go into detail right now, but they are very important and special to me. I have been through a lot in my life, and am working to

Penelope Sudrow – home
https://t.co/neWXmaTlbY
Penelope Sudrow is an American actress who has starred in film and on television. She is perhaps best known for her role in the 1987 horror film A Nightmare on Elm 3: Dream Warriors. She somehow turn that all into something of value, or at least some of it… Other than that, I think the world is in a very strange and at times scary place right now, and I really hope people try to be as soulful and compassionate as they can in spite of it all. It’s so different from the world I grew up in and had expected to see unfold in a very different way.
Thank you for this interview.