In L.A theaters for special splattastic screenings 10/18 and 10/19, with an On Demand and DVD release set for 11/5 from Midnight Releasing, the J.S Brinkley-scripted Halloween treat sees a shuttered TV studio in Detroit haunted by a magician ventriloquist from a 1960’s children’s show, and he’s looking for anew live, or dead, studio audience.

Returning to the abandoned Detroit television station where they once delighted a generation of children viewers, master puppeteer Mister Jolly re-incarnates his minion puppets for a final performance to settle an old score with Richard. The rare blood moon casts an ominous glow as Mr Jolly unleashes his puppets, lead by the infamous Handy Dandy to seek his revenge. Further complicating Richard’s dilemma is the unexpected arrival to the Studio of his son Steffen and his friends. The group become entangled in the thrilling pursuit by Mr Jolly and Handy Dandy through the annuls of the old studio building. They soon realize that they are in a new version of “Mister Jolly and the Handy Dandy Show” -where pain is the game! 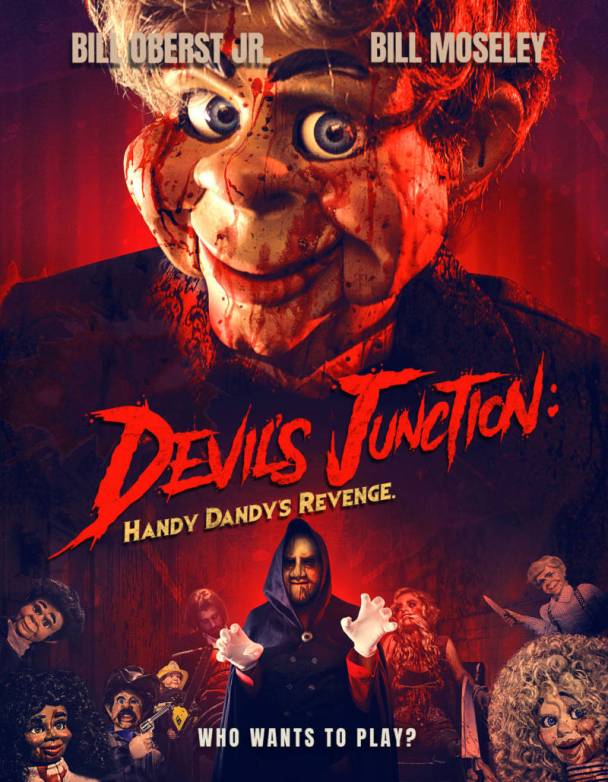