THE WAR OF THE WORLDS IMMERSIVE EVENT UK

The DotDotDot team has teamed with Jeff Wayne to create an immersive event based around his musical version of H.G. Well’s Victorian novel, THE WAR OF THE WORLDS. 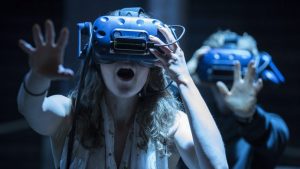 The story of how Martians colonized a smug and unwary Victorian London and of a few brave resistance fighters, it made a big impression and has been popular ever since. Somehow it’s never felt dated with its sweeping orchestral themes, screeching electric guitars and disco beets. Wayne has mined its earning potential over the years with numerous concert staging, theatre productions and lots and lots of video games.

The experience is a walk through type familiarity, with live actors walking you through a story of the invasion.

At key points, you’re urged to put on virtual reality headsets through which you view 3D projections all around you. This technology allows them to sweep you up in a series of extravagant journeys through the intergalactic conflict, out to sea, up in a balloon, and through the Martians HQ and the alternative underground society, we humans build to escape their clutches. 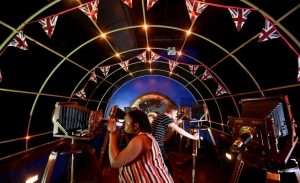 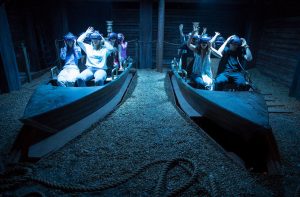 VR headsets are fairly common nowadays as the basis of computer gaming and theme park rides but this was my first experience of wearing one and being able to view a simulated world in 360 degrees. I found it really exhilarating; it even achieves a nifty trick whereby if you look at the real people around you they’re suddenly figures in Victorian costume.

Let me first say that a great deal of work and care has been invested in giving you a truly memorable 90-minute experience. And I thoroughly recommend it as an event that you’ll be thinking and talking about for a long time to come. The whole thing may also provide a great bonding, group-experience for you and your co-workers on a night out, or as a treat with family and friends. It’s pleasingly scary in some places but there’s nothing a robust kid over 12 couldn’t cope with.

The next generation of VR technology is going to be mind blazingly realistic, the current stuff is a little jerky – it’s still exhilarating and beautifully art directed though. I’d also have liked Wayne’s powerful score to have been pumped out at a more overwhelming volume. It sounds a little subdued, but the atmospheric soundscape is terrific. 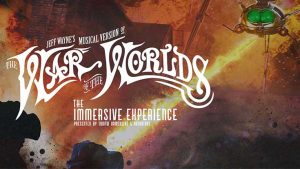 A word of caution – the headsets are quite hard to use if you wear glasses, as I do. They advise you to keep them on underneath but this is tricky.

It’s expensive, with tickets ranging from £49.50 at “off-peak” times to £250 pounds for the full “VIP peak time” package. But, whenever you go, I can promise you a thrilling, unforgettable, immersive experience. This Halloween if you want your fill of SCI-FI adventure, then visit! 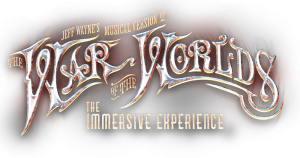