The team on this campaign include Billy Lewis and Dave Spinks. Lewis is a Filmmaker out of Wilmington, NC and Spinks is a paranormal investigator and owner of the Willows Weep house.

We are looking to raise $25,000 to lay the groundwork to produce this haunting movie based on real events. The house has been profiled on the History Channel’s show The UnXplained and has been called the most evil house in America. This story needs to be told.
Contributors to this campaign will be a part of American Cinema history because this movie will go down as one of the greatest horror films ever made.

We are looking to raise $25,000. This money will go to all pre-production which includes casting for the movie, set design, organization of the film, and all the other nuances that go with producing a feature film. We are looking for much larger investors than what this campaign entails.
Our perks include movie posters, signed books, a chance to visit the set, and a small role in the movie.
The funds go directly to the filmmakers involved in the movie. This includes the writing of the script, a breakdown of the script, budgeting, props, sets, casting, finding crew, etc. If we don’t reach our entire goal of $25K we will do the best we can with what our generous backers provide to us.
The Willows Weep house is so evil and so haunted that this story has to be told in a narrative film. By donating to the campaign you will play a small role in bringing to life a horror film that the world has never seen.
We’ve made 2 other horror/thriller films (The Jailhouse, The Terrible Two). We know how to make a movie and with this project we are ready to take our filmmaking skills to the next level.
We are passionate about all of the projects that we take on but there is something different about this one. This movie, Willows Weep, will be very special and by contributing to this campaign you can tell family and friends for years to come that you played a small role in getting this horror movie made. 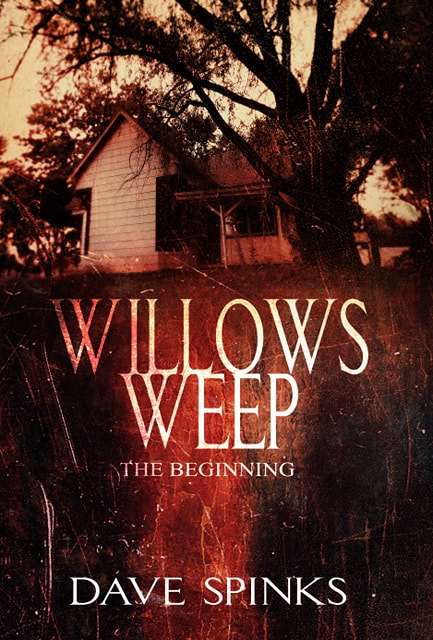