DEMENTED is a film-within-a-film, that takes you deep into the dark world of fetish cinema. An edgy, eerie, docu-style story, telling the harsh realities of voyeurism meeting Final-Fantasy. A world in which hidden figures exist expressly to take advantage of the meek. Young women on the fringe of society, looking for the promise of “true love” and a ‘better life’ are dragged down the torturous road of No Return. The sick, twisted minds of the Dark Net’s Master Manipulators are the New Puppet Masters and profiteers, forcing these lost girls to do their perverted bidding in the most disturbing recesses of the Dark Net.
DEMENTED is a twisted triangle of hope, haplessness and horror that continues to dominate today’s shocking headlines, that of human trafficking.

This is Nigel Hartwell’s third feature length horror film, following INSIGHT OF EVIL and THE EXPEDITION. Check out all trailers and news on DEMENTED at the New Blood Entertainment website. 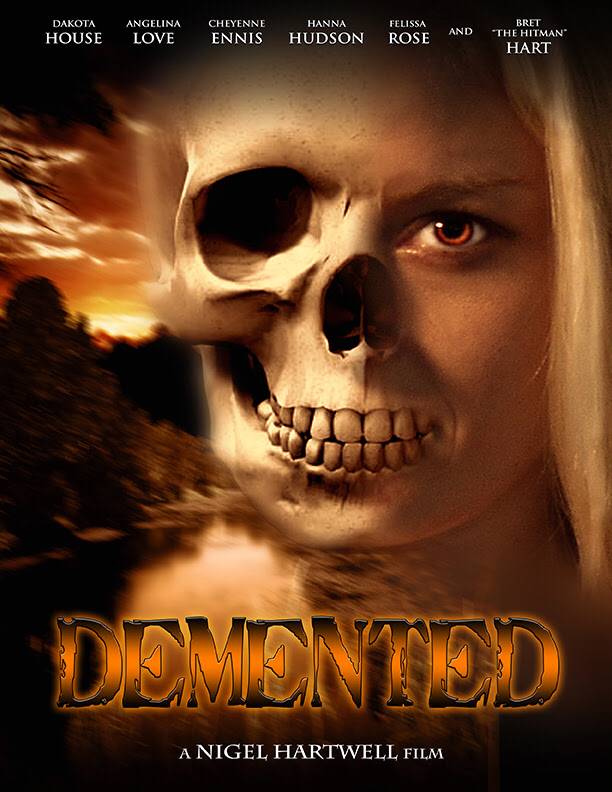